A suicide carbombing by the Taliban in Kabul killed at least 10 people, including two NATO servicemembers, and wounded at least 40 others today near the alliance’s HQs in the Afghan capital. And “Hours later, the Taliban set off a car bomb outside an Afghan military base in a neighboring province [in the Logar provincial capital, Puli Alam], killing four civilians,” the Associated Press reports.

Among the deceased: An American soldier and a Romanian soldier, according to AP. Resolute Support officials released an initial statement after their deaths, but did not elaborate on the service of the fallen NATO troops.

Here’s purported video of the blast, captured in a CCTV feed.

The reax from Afghan President Ashraf Ghani: “Peace with a group that is still killing innocent people is meaningless.” Recall that Ghani has been shut out of U.S. negotiations with the Taliban, who view the administration in Kabul as a “puppet regime.”

Not reacting yet today: Zalmay Khalilzad, America’s special envoy for talks with the Taliban. He’s been radio silent on Twitter for the past six days, since he landed in Kabul for talks this week.

So will the U.S. sign the deal with the Taliban or not? Time’s Kim Dozier initially reported the answer to that question Wednesday as a “no,” until U.S. State Secretary Mike Pompeo got back to her to say, “If and when there is an agreement that is approved by all parties including President Trump and if the Secretary is the appropriate signatory, he will sign it.”

Let’s go to the map. Even as it faces down the possible start of an entirely new chapter in its history, Afghanistan remains a deeply contested nation, as has been clear since the Foundation for the Defense of Democracies began tracking Taliban control in Afghanistan many months ago.

About that map: “Over the past two months,” Bill Roggio of FDD’s Long War Journal tells The D Brief, “15 more districts that were contested have gone under Taliban control.”

Worth noting, according to Roggio: “I can’t say that they all fell to the Taliban during this time period, only that I learned they were Taliban controlled,”

And over just the past two days, “one district which was under government control that is in a relatively quiet area in the north has moved to contested.” Read more about the latest from Kabul today, via Reuters, here.

US Wargames to Try Out Concepts for Fighting China, Russia // Marcus Weisgerber: Joint Staff-led exercises will test new communications gear and new ideas for getting past “industrial-age” synchronization of forces.

What Happens after the INF Treaty? // John Woodworth: Deterrence and arms control have long shaped U.S. national security policy. A negotiator of the 1987 agreement asks: What now?

Insurance Companies Are Fueling Ransomware Attacks // Renee Dudley, ProPublica: Even when public agencies and companies hit by ransomware could recover their files on their own, insurers prefer to pay the ransom. Why? The attacks are good for business.

Welcome to this Thursday edition of The D Brief from Ben Watson and Bradley Peniston. If you’re not a D Brief subscriber, sign up here. On this day in 1860, President Abraham Lincoln wrote a letter to one Anson G. Chester, editor of the Buffalo-based Commercial Advertiser, denouncing what today we would call “fake news.” (Lincoln called it “a bold and deliberate forgery.”) In this instance, Abe was accused of making disparaging remarks about Thomas Jefferson, slavery and freedom 16 years prior. Read Lincoln’s retort, here.
Bonus trivia: Four years after Lincoln’s letter, Chester “left journalism for a commission as major and appointment as New York military agent at Buffalo,” according to POTUS16’s archives.

We now have a better picture of what’s getting cut to extend President Trump’s border wall. The 127 military construction projects to be stripped of $3.6 billion to build and replace barriers on the U.S.-Mexico border include:

Funds will be cut for projects in 23 states, three U.S. territories and 20 countries, the Washington Post reports. About half of the domestic funds will be taken from Puerto Rico, Guam, New York, and New Mexico, as CSIS’s Todd Harrison neatly charted.
Read the full lists of domestic and overseas projects, via Military Times.
For what it’s worth, there was a 30% decline in monthly border crossings into the U.S. in August (about 64,000 last month), the Wall Street Journal reports, calling it “a victory for the Trump administration.”
More numbers: For Mexico, “Deportations in June hit a 13-year high,” and “The vast majority of those deported are migrants from the so-called Northern Triangle countries—Guatemala, Honduras and El Salvador.” And according to Mexico’s foreign ministry, “the monthly flow of Central American asylum seekers crossing through Mexico fell more than 40% compared with May.”
But can the trends continue? Unclear, since the Journal writes, “Some experts are skeptical of the Mexican government’s ability to keep up the deportations long term, since the country has diverted National Guard and army soldiers from their regular duties to carry out deportations.” More here.

SecDef Esper’s travels in Europe, continued. U.S. Defense Secretary Mark Esper dropped by Stuttgart, Germany, to preview a possible marginal drawdown of American troops from Africa, Reuters Idrees Ali reports this morning while traveling with the SecDef.
Under consideration: Removing 300 more U.S. troops from AFRICOM’s AO, and after 300 have already been drawn down this year.
Smile for the cameras. Here’s a photo of Esper alongside the chiefs of America’s Africa and European commands — Army Gen. Stephen Townsend and Air Force Gen. Tod D. Wolters — in Stuttgart (h/t ABC News’s Elizabeth McLaughlin).
Up next: Stops in Paris and London where Esper will “meet with key leaders to reaffirm defense relationships and conduct bilateral and multilateral meetings with senior officials,” according to a Pentagon statement on Tuesday.

Turkey’s Erdogan threatened to “reopen the route for migrants into Europe” if he doesn’t get the assistance he wants from the international community to resettle about a million Syrians displaced in Turkey from the Assad regime’s eight-year civil war, Reuters reports today from Ankara.
Erdogan’s plan has a note of Trumpian indifference not unlike POTUS45’s August 21 threat to “release” ISIS fighters into France and Germany if “Europe doesn’t take them.”
But Erdogan wants those migrants to fill the “safe zone” set up in conjunction with the U.S. military in Syria’s northeast. And that’s also why Erdogan wants that safe zone to be larger than the U.S. would seem to want, Reuters writes. Another potentially complicating problem is that “Only a small minority of Syrians in Turkey are from the northern strip roughly proposed for re-settlement, according to Turkish government data.”
Not mentioned: Whether the Assad regime has any thoughts about Erdogan’s resettlement and safe zone expansion plans.
“It would be impossible to settle that many refugees in any zone achieved through negotiations with the United States and the YPG,” Nicholas Danforth, Istanbul-based senior visiting fellow at the German Marshall Fund, told Reuters. “This looks like an attempt to build pressure for more U.S. concessions on the safe zone, where some refugees could then be resettled for purposes of domestic (Turkish) public relations.”
One more thing about the headline-grabbing Erdogan: He told lawmakers Wednesday (Reuters) that it’s unacceptable that Turkey cannot have nuclear weapons. Or, more literally, the Turkish president said, “Some countries have missiles with nuclear warheads, not one or two. But (they tell us) we can’t have them. This, I cannot accept. There is no developed nation in the world that doesn’t have them.”
Consider Israel, said Erdogan. “We have Israel nearby, as almost neighbors. They scare (other nations) by possessing these. No one can touch them.”
“I think he’s caught the Trump virus,” tweeted Hans Kristensen, who directs the Nuclear Information Project with the Federation of American Scientists. “Someone should inform him Turkey has signed the Non-Proliferation Treaty (NPT) and committed NOT to nukes directly or indirectly. Someone should inform him “most developed nations” by far do not have nukes. They, as Turkey, have signed the NPT and pledged not to get them.”
Kristensen’s final point: It “Sounds like US nukes deployed in Turkey don’t have the non-proliferation effect they’re supposed to have.” A bit more on that, via Hans writing four years ago, here.

One more thing about Turkey: Russian President Vladimir Putin says the G7 group should be expanded to include China, Turkey and India — and Putin himself is ready to host such a meeting. That’s one of a couple of headlines out of Putin’s remarks today “during a plenary session of the Eastern Economic Forum in Vladivostok, Russia.”
Another headline: “Putin says Russia will make new missiles, warns of arms race”

Can you hear me now? The State Department has been cold calling ship captains and offering multi-million dollar financial rewards so they will avoid shipping oil for Iranian entities, Financial Times reported Wednesday in a kind of remarkable story.
On the phone, and soliciting via email: America’s Special Representative for Iran, Brian Hook. Read his messaging to captains, here.

And finally today: “Antique firearms and documents signed by former Presidents Ronald Reagan” are among the many items stolen from wealthy folks’ homes in Los Angeles’ Westside over the past couple decades — items that have since been recovered and assembled into one place by the cops, the LA Times reported Wednesday.
Among the items are old cannons, revolvers and knives, as well as art that runs the gamut from compelling to mundane. Browse the collection for yourself, here.
And if any of the stuff is yours, first off: why haven’t you invited us to your posh Westside home? But more importantly, if an item actually is yours, the LATs wants to help reunite you with it. Details, here. 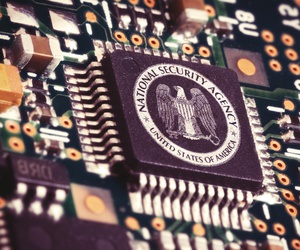 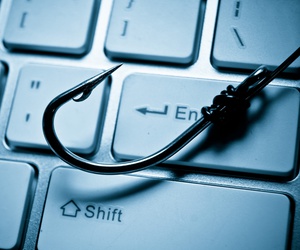 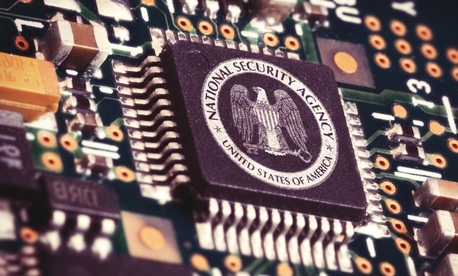 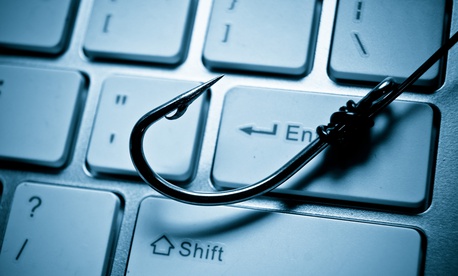