White House aides tried to conceal President Trump’s calls with MBS and Putin, CNN reports. For example, “There were no transcripts made of the phone conversations between Trump and the Saudi king or crown prince to prevent leaks, both a former White House official and a source familiar with the calls told CNN. This is considered very unusual in how previous administrations have dealt with keeping record phone calls with world leaders.” And: “With Putin, access to the transcript of at least one of Trump’s conversations was also tightly restricted, according to a former Trump administration official.” More, here.

Whistleblower to testify, Schiff says. Rep. Adam Schiff, D-Calif., said Sunday that the House intelligence committee “has reached an agreement to secure testimony from the anonymous whistleblower whose detailed complaint launched an impeachment investigation into President Trump,” reports the Washington Post. No date has apparently been set; in any case, Congress closed up for a two-week recess today.

Meanwhile: Trump said Schiff “made up” the summary memo released by his White House and suggested that this was “treason.” Trump also tweet-quoted a pastor who suggested that legally removing the U.S. president from office would cause a “Civil War.”

That last drew a rare rebuke of the president from a GOP lawmaker. “I have visited nations ravaged by civil war. @realDonaldTrump I have never imagined such a quote to be repeated by a President,” tweeted Rep. Adam Kinzinger, R-Ill., who served as an Air Force pilot in Iraq and Afghanistan. “This is beyond repugnant.”

Trump’s New Joint Chiefs Chair Is A Savvy Political Operator // Marcus Weisgerber and Katie Bo Williams: The question is: how will Gen. Mark Milley work with the U.S. president?

Acting DNI Shows Why Generals and Admirals Should Not Become Top Civilians // Sarah Chayes: Joseph Maguire, a retired three-star, was all too desperate to find a higher civilian authority whose orders to obey.

The Satellites Were Never Supposed to Launch // Marina Koren, The Atlantic: Two years after illegally launching tiny satellites into orbit, a start-up is trying to convince regulators it’s going to play by the rules.

The Whistle-Blower Really Knows How to Write // Amy Zegart, The Atlantic: As an intelligence report, the complaint against Trump holds up well. The author carefully explained where the information came from and left investigators a number of concrete leads.

Welcome to this Monday edition of The D Brief from Bradley Peniston with a little bit of help from Ben Watson. If you’re not already subscribed, you can do that here. On this day in 1938, the leaders of Britain, France, Italy and Germany signed the Munich Pact, essentially giving Hitler Czechoslovakia’s Sudetenland, and most of that country’s natural resources like coal and iron. Cast by the Brits immediately afterward as granting “peace in our time,” the pact has since been viewed as one of many failed efforts to appease Hitler.

Apparent historic low for Afghan democracy. Early indications suggest Afghanistan’s national elections this weekend experienced its lowest voter turnout since 2001, The Guardian reported Sunday evening. The estimate is roughly 20 percent of eligible voters went to the polls. And that’s amid near-constant violence and threats from the Taliban. And to that end, “The Afghanistan Analysts Network said there were more than 400 reported attacks causing dozens of casualties across Afghanistan as the country voted, but none were significant enough to have disrupted the polling.” The Independent reports 91 polling stations were attacked on Saturday. As well, that outlet reports a “Mumbai-style attack” involving more than a dozen attackers with their sights set on Kabul was thwarted just before the election.
In addition, “Militants attacked communications towers to take down mobile phone networks, cutting off nearly 1,000 polling stations from their headquarters in Kabul,” the Guardian writes. Elsewhere across the country, “More than 2,000 polling stations never opened on Saturday because of Taliban threats.”
What to expect now: Suspense until at least 19 October, when results will begin to be tallied. And the final count isn’t expected until 7 November. If no one nabbed more than 50 percent of the vote, the country will carry out a second runoff election.

Attackers in Somalia hit a U.S. base and an Italian troop convoy today, Reuters reports from the capital of Mogadishu. The convoy was attacked in Mogadishu, with no reported casualties just yet, but it’s still early in these developments.
The U.S. base, reportedly home to U.S. special forces and Ugandan troops as well as a launch point for drone operations, is located some 70 miles northwest of the capital. Two al-Shabaab suicide car bombers reportedly tried to detonate just outside the airport gates, followed by small arms fire. There are likewise no casualties reported from this attack. Read on, here.

The Houthis just released nearly 300 prisoners in Yemen. The decision is part of a deal reached with Sweden (called the “Stockholm Agreement”) and Saudi Arabia in December as a confidence-building measure, with each side supposed to release 7,000 prisoners each, Reuters reports. So the 290 Yemeni nations released by the Houthis today is certainly welcome new for Yemen-watchers like UN envoy Martin Griffiths; but it’ s not 7,000 prisoners, and there’s so far been no whisper of reciprocal action from Riyadh.
For what it’s worth, the Houthis are still reportedly open to the possibility of reducing hostilities in Yemen, saying on Sept. 20 that the group “would halt missile and drone attacks on Saudi Arabia if the alliance stopped its operations,” Reuters writes. But the Saudi-led coalition “has not yet responded to the proposal.” A bit more here.

The U.S. says al Qaeda is regrouping in Syria and elsewhere. Hurras al-Dinan, an al Qaeda affiliate in Syria, is plotting attacks against the West “by exploiting the chaotic security situation in the country’s northwest and the protection inadvertently afforded by Russian air defenses shielding Syrian government forces allied with Moscow,” the New York Times reports, citing Nathan A. Sales, the State Department’s counterterrorism coordinator and others.
Hurras al-Din, a successor to the Khorasan Group, emerged last year, the Times reports, here.
ICYMI: “There are nearly four times as many Salafi-Jihadist militants around the world today than before 9/11,” CSIS reported last November in a report that’s making the rounds on Twitter again.

USAF shifted control of Mideast air operations from Qatar to South Carolina — for one day. On Saturday, the air-traffic control that has been executed for 13 years at Combined Air and Space Operations Center at al-Udeid Air Base in Qatar was instead handled at Shaw Air Force Base in South Carolina, the Washington Post reports.
The unannounced switch helped verify that the Air Force could do it in an emergency — like, say, a bomb-and-cruise missile attack of the sort that took out half of Saudi Arabia’s oil-production capacity on Sept. 14. Read on, here.

German radar firm: We tracked stealthy F-35s. Representatives of Hensolt say their TwInvis passive-radar system managed to track a pair of the stealthy jets as they returned from a German air show in April 2018, C4ISRNet report.
Passive radar detects tiny perturbations in ambient radio signals — say, television broadcasts or cell-phone calls. The system itself has no emitters, and therefore offers no way for pilots to know that they are being tracked. The F-35 program office had no comment. Neither did the German military — but it launched a test of TwInvis last year and this year set up a program office to acquire passive radar systems. Read on, here.

DHS’ cybersecurity leader: Every polling place needs paper ballots by 2020. “IT, key tenant, can’t audit the system, can’t look at the logs, you don’t know what happened,” Chris Krebs, DHS’ top cyber official, said at a DEF CON 27, a cyber conference on Friday, via CNN. “Gotta get auditability, I’ll say it, gotta have a paper ballot backup.”
So where’s the money going to come from? “I don’t know where, for instance, the state of New Jersey is going to get their money to update their systems,” Krebs said. “I don’t know where some of these other states that have (paperless machines) without a paper trail associated with it — I don’t know where they’re going to get the money, but they need it.” A bit more, here.
Why is Krebs so worried? Because (once again) hackers at DEF CON made cyber mincemeat of commonly used voting machines. tA report out of the conference “reveals disturbingly easy to exploit flaws in the ES&S AutoMARK (in use in 28 states) and the Premier/Diebold AccuVote-OS (used in 26 states),” Internet activist Cory Doctorow writes.
The report continues, “Additionally, voting machine security is only one item on a much larger punch list for better defending US elections. More districts need to implement network and cloud defenses to protect infrastructure like voter rolls and email, and more states need to conduct risk-limiting audits to verify elections results.” Read, here.

And lastly today: China’s military will conduct a parade to mark the 70th anniversary of Communist Party rule tomorrow, AP reports from Beijing. Roughly 15,000 troops, 160 aircraft and 580 pieces of military equipment are expected to be on display. There might even be a missile called the Dongfeng 41, which is nuclear-capable and “could reach the United States in 30 minutes… with up to 10 warheads for separate targets.”
In case you were curious, “China’s current mainstay missile, the Dongfeng 31, has a range of more than 11,200 kilometers (6,990 miles) that puts most of the continental United States within reach,” AP writes. What’s more, “Satellite photos show China is increasing the number of launchers for DF-41 and DF-31 missiles from 18 to as many as 36.” A bit more, here. 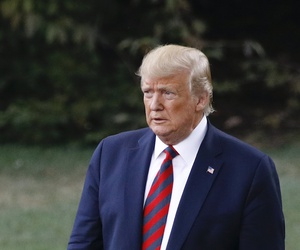 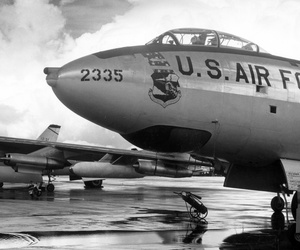 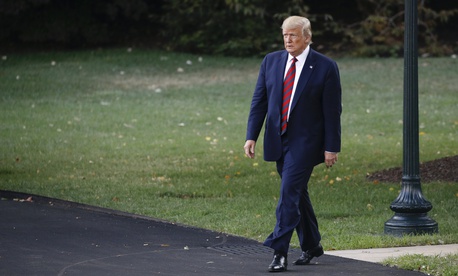 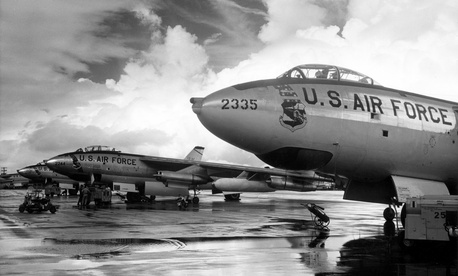