It’s Trump-Erdogan day in Washington, with the president of Turkey expected to arrive at the White House’s South Portico at noon. Despite loud opposition from Republicans, Democrats, and others who tried to convince Trump to rescind the invitation in protest of Turkey’s invasion into Syria, the show will go on. The two will have a working luncheon, then meet U.S. lawmakers at 2 p.m. At 3:10 p.m., Presidents Donald Trump and Recep Tayyip Erdogan are scheduled to hold a joint press conference in the East Room. The biggest issues would seem to be “strains between the two NATO members over Turkey’s purchase of Russian defense missiles and the country’s military assault on a key U.S. partner in Syria,” the Wall Street Journal reports in a preview. (Hmm, not Turkey attacking U.S. partner forces in Syria?)

The Associated Press’s quick read on what to expect: “On the U.S. side, Trump will be expressing continued concern about Erdogan’s purchase of the Russian S-400 air defense system… The U.S. has since kicked Erdogan out of a multinational program producing components of America’s high-tech F-35 fighter jet.”

THIS JUST IN: “Turkey’s government used a Washington law firm to gather information about its critics, including residents of the U.S., who it believed were allied with a political movement that President Recep Tayyip Erdogan regards as a central enemy, according to documents reviewed by the Wall Street Journal.”

Erdogan is expected to ask Trump to sever ties with Kurdish fighters in Syria, the Journal writes. Max Hoffman of the Center for American Progress said Erdogan “will be trying to get Turkey back in the F-35 program and also try to end an ongoing prosecution against a major Turkish bank…accused of carrying out a scheme to evade sanctions against Iran by moving billions of dollars of Iranian oil revenue illegally.” Much more background from AP, here.

“Policy makers must not forget the mothers” fleeing for their lives because of Erdogan’s invasion, writes Gayle Tzemach Lemmon, in her latest for Defense One. “The Turkish-backed offensive has brought fear, extremism, upheaval, and displacement to an area that had enjoyed a hard-won normalcy. This week’s visit from the Turkish prime minister offers a moment to say, ‘No more.’ The offensive cannot go further and the U.S. must be prepared to act if Turkey will not follow what it says it agreed to: to stay within the zone it bombed and shelled its way into last month.”

But NATO… Secretary-General Jens Stoltenberg is also in Washington, visiting Congress and the White House and making public appearances, all in preview of the Dec. 3-4 NATO Summit in London. Stoltenberg is receiving praise and criticism for his recent efforts to keep NATO together, defending Turkey’s membership and commitment to the alliance while keeping it out of the U.S.-Turkey bilateral tensions related to Syria and Russia. On Tuesday, Foreign Policy named Stoltenberg “Diplomat of the Year.”

Friendly fire KIAs?: A U.S. airstrike Monday night killed four Afghan army soldiers during a firefight with suspected Taliban fighters in Logar province, according to the provincial governor. “The airstrike came as a gunbattle was underway between the army and Taliban insurgents in the area, the governor said, adding that an investigation has started into the strike, which killed and wounded army soldiers by mistake,” AP reports.

That’s When I Became A Sniper’: Ukraine’s Woman Vets Describe Their War // Patrick Tucker: As the war in Ukraine smolders on, we sat down with women veterans who recount their experiences fighting to defend their country, and each other.

What’s Wrong with Boeing? // Mark R. Jacobson: From sloppy work to blown deadlines to deadly failures, the company has lost its way. It needs tough love — in the form of Congressional investigations.

Welcome to this Wednesday edition of The D Brief from Ben Watson and Kevin Baron. If you’re not already subscribed, you can do that here. On this day in 1986, U.S. President Ronald Reagan confessed to the nation in a televised address, “I authorized the transfer of small amounts of defensive weapons and spare parts for defensive systems to Iran… We did not — repeat — did not trade weapons or anything else for hostages, nor will we.” Four months later, Reagan revised his story in a second televised address the country regarding what we now refer to as the Iran-Contra scandal. Said Reagan in that March 4, 1987, update: “A few months ago I told the American people I did not trade arms for hostages. My heart and my best intentions still tell me that’s true, but the facts and the evidence tell me it is not.”

Impeachment TV begins today with House lawmakers’ first open hearings, underway on C-Span, here. Today’s lineup, features “Two seasoned diplomats, William Taylor, the graying former infantry officer now charge d’affaires in Ukraine, and George Kent, the deputy assistant secretary in Washington, telling the striking, if sometimes complicated story of a president allegedly using foreign policy for personal and political gain ahead of the 2020 election.” Much more background from AP, here.
Related: A fairly significant narrative problem. On Tuesday, the Wall Street Journal was just one of many outlets to report from the criminal trial of former Trump adviser Roger Stone “that Mr. Trump and his close aides may have been aware of a hacking and dumping operation directed against the Democratic Party far earlier than previously known.” That’s according to Rick Gates, who worked as deputy campaign manager for Trump.
Gates also testified that “members of the Trump campaign held ‘brainstorming sessions’ in anticipation of potential WikiLeaks disclosures,” the Journal writes. “Participants included then-campaign chairman Paul Manafort, communications adviser Jason Miller and policy adviser Stephen Miller.”
Why is Gates so chatty? He “has pleaded guilty to conspiracy and false statements as part of an agreement reached with prosecutors in 2018. He has since become a cooperating witness for the government, telling jurors that he has been interviewed 40 or 50 times as part of his cooperation, and testified as a witness in two criminal trials.” Read on, here.

A car bomb detonated in Kabul this morning and killed a dozen people, including children, AP reports from the Afghan capital. A convoy from “The GARDAWORLD security company was the apparent target, according to Nasrat Rahimi, an Interior Ministry spokesman.” Four of the companies workers were injured in the attack, which also hit two other nearby cars.

The Saudis are reportedly talking with the Houthis about a possible endgame for the war in Yemen, AP reports from Sana’a. The talks — described as “indirect” and “behind-the-scenes” — are happening with the help of the neighboring country of Oman. According to Houthi officials, “The two sides have communicated via video conference over the past two months… They have also talked through European intermediaries.”
BTW: These talks began after the September 14 attacks on Saudi oil facilities.
What the Houthis want: “re-opening Yemen’s main international airport in Sanaa,” and “a buffer zone along the Yemen-Saudi border in areas under Houthi control.”
What the Saudis want: “assurances the Houthis will distance themselves from Shiite power Iran, the Sunni kingdom’s archrival.”
Don’t get too excited, AP cautions. “Talks between the Yemeni rebels and the Saudis are not new. The two sides struck a cease-fire in 2016 after a meeting in the southern Saudi region of Asir but the truce later fell apart.” And one more key datapoint at this stage of negotiations: Yemeni officials, including an adviser to President Hadi, said they have no clear picture what’s happening since “the government has been kept in the dark about what its Saudi patrons are negotiating.” Read on, here.

Islamic Jihad fighters have launched more than 250 rockets into Israel since Tuesday when an Israeli airstrike killed the group’s leader, Reuters reports from Jerusalem. “The rockets from Gaza sent Israelis rushing to shelters in towns near the Gaza border and deeper in the country, with air raid sirens going off as far north as Tel Aviv and missiles striking Israeli highways and towns. There were no reports of deaths in Israel.” However, the Wall Street Journal reports “At least 48 people have been treated by medical authorities in Israel, including an 8-year-old girl who lost consciousness while fleeing from a rocket Tuesday and who remains in critical condition.”
In Gaza, AP reports “the death toll rose to 23 Palestinians, including a 7-year-old boy and two other minors.”
Worth noting: “Gaza’s Hamas rulers have yet to enter the fray — a possible sign the current violence could be brief. Although larger and more powerful than Islamic Jihad, Hamas is also more pragmatic. With Gaza’s economy in tatters, it appears to have little desire for more fighting with Israel.” More here.

Another fake resume? State Department official Mina Chang embellished parts of her official bio and has not honestly presented herself and her past charity work, NBC News reported Tuesday in a lengthy investigative piece questioning her qualifications for the job, her former charity’s claims, and allusions to a potential favor-connection with the president.
Chang is deputy assistant secretary for the Bureau of Conflict and Stabilization Operations. Neither Chang nor the State Department had responded publicly at the time of this newsletter. As NBC reports, Chang identifies herself in her bio as “an alumna of the Harvard Business School,” but actually only completed the school’s Advanced Program Management and does not have an M.B.A. That’s the start of a long list of questionable or just unclear bits of her known past, including why there’s a fake Time magazine cover photo of herself.
Not all of NBC’s claims are validated, and the piece makes some unsubstantiated insinuations, but already a Washington Post reporter chasing this down has called Harvard and the Republican National Convention; spokespeople for both replied that Chang’s characterizations of her involvement are not accurate.
Yes, that Mina Chang. Chang was on stage at Defense One’s Outlook 2020 policy summit on Thursday. (Videos of that and other sessions are still being processed, but should be posted soon here.) She was invited to sit on a panel discussion about the future of counterterrorism beyond forever wars, alongside Sen. Chris Murphy, D-Conn., CSIS’s Jon Alterman, and Georgetown’s Josh Geltzer, a former National Security Council official. Chang previously was a fellow at New America and spoke at their 2017 Future of War conference (video), of which Defense One is a media partner, alongside her now-husband, Jake Harriman, a retired Marine Force recon platoon commander featured in this U.S. Marine Corps recruiting video.

There’s much to learn in this new analysis of 171 mass shootings “in which four or more people were killed in a public place, beginning with the 1966 clock-tower shooting at the University of Texas, Austin,” the Wall Street Journal reports today.
Among the findings:

Technologies like barriers and locks won’t work to impact or prevent mass shootings, the authors found. Instead, the authors recommend more programs to recognize warning signs, with an emphasis on “crisis intervention teams, mental health services and suicide prevention.”
On shooter drills in schools: “In schools, the cost of active-shooter drills for kids outweigh the benefits.” This is because, according to the researchers, the practice seems to inform the very people (students) most likely to carry out that particular kind of violence. More from the Journal, here. Or read more from the researchers, here.

And finally today: Venezuela’s former military spy chief is missing. Spanish authorities tried but failed to arrest Hugo Carvajal on Friday after a court ordered his extradition to the U.S.“on charges that he conspired with other Venezuelan regime authorities to inundate the U.S. with cocaine,” the Wall Street Journal reports. More, here. 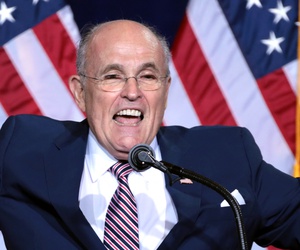 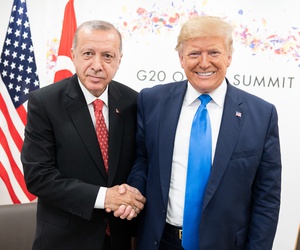 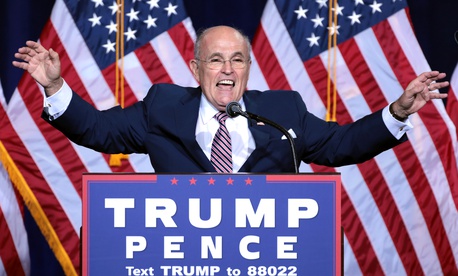 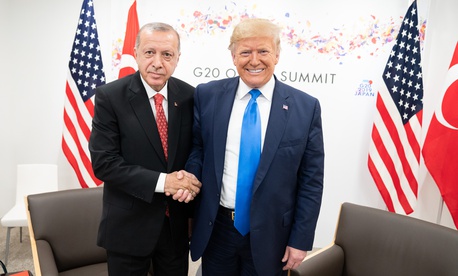