North Korea keeps up its war of words with the U.S., climbing back into the headlines today by “berating the US for criticizing its missile tests” (AP) and saying the U.S.“has nothing to offer regarding any nuclear deal” (Reuters).

More usefully, Reuters reports “U.S. Special Representative for North Korea, Stephen Biegun, is expected to visit Seoul next week to meet South Korean officials, leading to speculation he could try to salvage talks by reaching out to North Korea ahead of the deadline.”

Reminder, via AP: “North Korea has conducted 13 rounds of ballistic missile and rocket artillery tests since May to pressure Washington, and has hinted at lifting its moratorium on nuclear and long-range missile tests if the Trump administration fails to make substantial concessions before the new year.” Reuters notes “North Korean leader Kim Jong Un has said he could decide to take an unspecified ‘new path’ if the United States fails to offer a compromise.”

Meantime, Kim’s been riding horses in the snow (New York Times and Vox) in preparation for 2020.

Maybe this is a good time to point out one possible item for your friends this Christmas: “The 2020 Commission Report on the North Korean Nuclear Attacks Against the United States: A Speculative Novel” by Jeffrey Lewis (aka @ArmsControlWonk)

By the way: The U.S. is expected to test an intermediate-range ballistic missile any day now, Ankit Panda reminds us — and flagged a possibly-related NOTAM from Vandenberg Air Force Base over on Twitter, here. Ankit wrote a piece for Foreign Policy last month about the implications of such U.S. missile tests for the Korean peninsula, and you can find that, here.

Special Operations Command Made a Mind-Reading Kit For Elite Troops // Patrick Tucker: The experimental tool is among several that aim to combine sensors and AI to give U.S. operators a new edge.

Welcome to this Thursday edition of The D Brief from Ben Watson and Bradley Peniston. If you’re not already subscribed, you can do that here. On this day in 2002, North Korea announced it would reactivate a nuclear facility at Yongbyon that had been shut down since 1994.

The Nigerien military just suffered its “deadliest raid in living memory,” Reuters reports after “several hundred militants attacked a base in the western Niger town of Inates over a period of three hours on Tuesday evening,” killing more than 70 soldiers.
The attackers swarmed the base “on motorbikes and pickup trucks,” the Wall Street Journal reports in a three-hour assault that featured artillery and “began with a series of vehicle-borne bombs that punctured the base’s defenses” before the militants flooded in.
About the location: “It was in the same area where Islamic State’s West African branch killed nearly 50 Nigerien soldiers in two attacks in May and July,” Reuters writes. The Journal notes “No group has yet claimed responsibility for the attack but Western intelligence suspects a local branch of Islamic State is behind the assault” for the very reason Reuters flagged above.
Bigger picture: Much of the region’s recent spike in violence has been “concentrated in the poverty-stricken nations of Mali and Burkina Faso, where militants bolstered by weapons smuggled out of chaos-riven Libya have killed hundreds of security force personnel,” the Journal writes. “But the attacks have also spilled into Niger, a vast and sparsely populated desert nation that western powers have been garrisoning into one of the world’s most strategic security hubs.”
And in case you missed it in November, “The U.S. recently opened a large air base in the town of Agadez, [Niger, which is] a longtime smuggling hub en route to Libya that has become a launchpad for armed drones targeting extremists across the Sahara. Advocates say the strategy is fortifying the country against security threats, but opponents say it makes Niger a target.” More behind the paywall at WSJ, here; or from Reuters, here.

The NYT’s Charlie Savage finds “An Ugly Picture of National Security Surveillance,” based on an inspector general report about the F.B.I.’s Russia investigation. Its findings, Savage warns, “are important beyond partisan politics.”
Why so ugly? “At more than 400 pages, the study amounted to the most searching look ever at the government’s secretive system for carrying out national-security surveillance on American soil. And what the report showed was not pretty.” Read on, here.

Senate panels advanced two key national security bills Wednesday — one “seeking to hamper Russian energy pipelines and boosting NATO,” and another sanctioning Turkey.
But don’t expect much more movement just yet, Reuters reports, since “there has been no indication yet of when the chamber’s Republican leaders would allow votes given the crowded schedule as the year nears its close.”
Also to be decided another day: “a measure nicknamed the ‘sanctions bill from hell’ that would punish Moscow for meddling in the 2016 U.S. election,” Reuters writes. Read on, here.

ISIS recruiter in Texas gets 30 years in jail. “Said Azzam Mohamad Rahim used a social media app called Zello to recruit fighters and encourage others to kill enemies of the Islamic State,” the New York Times reports. “It was not clear whether Mr. Rahim’s messages prompted any terrorist acts or was successful in its recruitment efforts.”
Belgium must bring home 10 children born to IS fighters of Belgian nationality, a Belgian court ruled Thursday. The children, aged seven months to seven years, are currently in the Al-Hol refugee camp in Kurd-controlled northeastern Syria. “Belgium’s justice minister, Koen Geens, told public radio the government was ready to take back the children as long as it did not have to take in their mothers as well, Reuters reports.

Fire aboard Russia’s aircraft carrier injures two, state media says. The blaze began on the upper deck as the Admiral Kuznetsov was undergoing maintenance in the Arctic port of Murmansk. Reuters has a bit more here, including a quick rundown of the checkered history of the “ship of shame.”
Shipyard fires are no joke. In 2012, a U.S. worker hatched a plan to go home early by lighting a small fire aboard the attack submarine USS Miami as it sat pierside in Maine. Instead, the blaze ravaged the sub, doing damage estimated up to $750 million. The 12-year-old vessel was decommissioned just a quarter of the way into its expected service. We Are the Mighty tells the tale, here.

And finally today: New Zealand’s military is headed toward a catastrophe with its dangerous “dawn mission on Friday to retrieve eight bodies from the still-active White Island volcano,” AFP reports from Whakatane. “With the help of drone flights and helicopter pilots who were near the volcano immediately after the eruption, authorities have located six of the eight bodies on the island.” The military’s mission involves recovering those six bodies, as well as gathering more information on the possible whereabouts of the other two.
Traveling with them: a geologist, “to determine whether another eruption is imminent and whether the mission needs to be aborted.”
For the record: “The number of people believed to have died in Monday’s disaster now stands at 16. That includes the eight people thought to be still on White Island.” Read on, here. 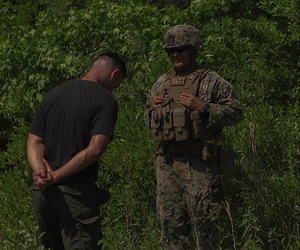 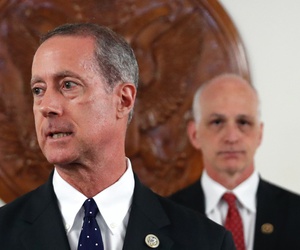 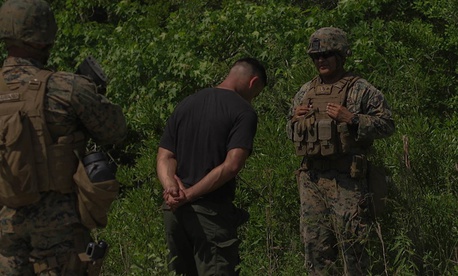 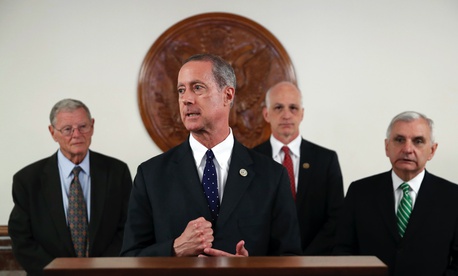