Two Chinese officials drove onto a military base in Norfolk, Va., this past September — after the gate guard told them to turn around. More than two months later, “American officials believe at least one of the Chinese officials was an intelligence officer operating under diplomatic cover,” the New York Times reported this weekend.

Making this episode especially remarkable: “The group, which included the officials’ wives,” according to the Times, “evaded military personnel pursuing them and stopped only after fire trucks blocked their path.” By that time, the officials had already after travelled about a mile into the base, the Wall Street Journal reported in a follow-up.

In their defense, the Chinese officials claimed “that they had not understood the guard’s English instructions, and had simply gotten lost… on a sightseeing tour when they accidentally drove onto the base,” according to the Times.

However, “American officials said they were skeptical that the intruders made an innocent error and dismissed the idea that their English was insufficient to understand the initial order to leave.” (For what it’s worth, one of your D Brief-ers travelled in and out of military bases every day for more than five years, and even as a civilian entering a wrong gate this past summer, never had any experience of ambiguity from gate guard personnel.)

Why might would-be spies try something like this? “It is not clear what they were trying to do on the base,” the Times writes, “but some American officials said they believed it was to test the security at the installation.” The Journal acknowledged the mile-long drive does appear to be an “unlikely way to gather secret intelligence.” However, “it may have been a way to test the base’s security, or to send a psychological signal to the Americans that Beijing intends to become more aggressive in its espionage.”

Don’t forget: “This year, a Chinese student was sentenced to a year in prison for photographing an American defense intelligence installation near Key West, Fla., in September 2018,” the Times reminds us. “When he was arrested, [Zhao Qianli] spoke in broken English and, like the officials stopped on the Virginia base, claimed he was lost.”

As a result of the episode in September, the U.S. expelled the two Chinese officials and tightened restrictions on Beijing’s diplomats, “requiring them to provide notice before meeting with local or state officials or visiting educational and research institutions.” The Journal writes the expulsions are believed to be “the first time the U.S. has expelled Chinese diplomats for suspected espionage in more than 30 years.”

China’s reax: “The U.S.accusations against Chinese personnel severely disregard reality,” foreign ministry spokesman Geng Shuang said today in Beijing, according to Reuters. “We strongly urge the U.S. to correct its mistake, cancel the relevant decision and protect Chinese personnel’s proper rights according to the Vienna Convention on Diplomatic Relations.”

One way this is different from China’s spat with the NBA over Hong Kong in October: The player at issue here, Mesut Özil, “has 21.1 million Instagram followers and 24.4 million followers on Twitter.” That’s 100 times more follower than the NBA general manager who drew China’s ire in October, Daryl Morey.

Dollars and sense. “China is the Premier League’s most lucrative overseas broadcast market, with the rights sold for $700 million in a three-year deal that runs through 2022,” the Associated Press reports.

As for Arsenal, the club said in a statement: “These are Mesut’s personal views… As a football club, Arsenal always adheres to the principle of not being involved in politics.”

ICYMI, the creators of “South Park” invited trouble in the Uighur issue when they created an episode all about it in October entitled, “Band in China.” The episode and the show were both quickly banned in China as a result. The Hollywood Reporter recounts the tale, here.

Reax from the creators of “South Park” after their show was banned: “Like the NBA, we welcome the Chinese censors into our homes and into our hearts. We too love money more than freedom and democracy. Xi doesn’t look like Winnie the Pooh at all. Tune into our 300th episode this Wednesday at 10! Long live the great Communist Party of China. May the autumn’s sorghum harvest be bountiful. We good now China?”

Related, from today: “The Xinjiang regional government in China’s far west is deleting data,” AP reports, “destroying documents, tightening controls on information and has held high-level meetings in response to leaks of classified papers on its mass detention camps for Uighurs and other predominantly Muslim minorities.” Read more about the leaks, via the NYTs, here.

Ukraine Would Get New Anti-Ship Missiles Under House Bill // Patrick Tucker: Russia would also get new sanctions under the House version of the defense authorization bill.

Nixon’s Leniency After My Lai Hurt Veterans. Trump’s May, Too. // James E. Wright: A president’s actions in 1971 helped turn public opinion against those who fought the Vietnam War.

Can Anything Stop the Flow of Advanced Weapons into Libya? // Nathan Vest: If the country becomes a nexus for expertise and arms, increasingly deadly regional armed groups could destabilize the region.

Welcome to this Monday edition of The D Brief from Ben Watson and Bradley Peniston. If you’re not already subscribed, you can do that here. On this day 75 years ago, what we now call the Battle of the Bulge began at dawn when more than 200,000 German soldiers marched through the Ardennes forests of eastern Belgium, northeast France, and Luxembourg toward the allied-controlled port of Antwerp. U.S. Secretary of Defense Mark Esper is in Bastogne, Belgium, along with the Associated Press, to remember the day, here.

America’s envoy to North Korea says he’s ready to talk with Pyongyang. “Let me speak directly to our counterparts in North Korea: It is time for us to do our jobs. Let’s get this done. We are here. And you know how to reach us,” Steven Biegun said upon his arrival this weekend in Seoul.
Also over the weekend, North Korea notched another “crucial test” of its “nuclear deterrent” technology at a long-range rocket launch site. Analysts told AP that probably means North Korea tested an ICBM-related engine, possibly “a more advanced design for a liquid-fuel multistage ICBM that can carry larger payloads with more stability.” More about that, here.
Worth noting: Biegun said today the U.S.“won’t accept a year-end deadline set by North Korea to make concessions in stalled nuclear talks,” AP reports separately from Seoul today. “The United States does not have a deadline. We have a goal,” said Biegun.
After that deadline, the WSJ reports, North Korea “could abandon talks and return to a cycle of more serious military actions, including testing of long-range missiles and nuclear bombs—activities that President Trump has warned it against.”
For the record: “North Korea hasn’t tested long-range missiles and nuclear bombs since November 2017, a development that President Trump has hailed as a major foreign policy win,” the Journal writes. “North Korea’s revival of long-range nuclear weapons testing would challenge Mr. Trump’s assertions.” A bit more behind the paywall, here. Or Reuters has this.

Esper to Iraq: please help stop rocket attacks on U.S. forces. Reuters: “Rocket strikes targeting Iraqi bases where members of the U.S.-led coalition are also stationed have increased in past weeks with no claim of responsibility from any party.” Defense Secretary Mark Esper made the request to Acting Prime Minister Abdul Mahdi, who responded, as Reuters put it, “that unilateral action could have negative consequences that will be difficult to control and might jeopardize Iraq’s sovereignty” — read, Iran might not like that. More, here.

Turkey’s Erdogan says he might kick the U.S. out of Incirlik over the threat of sanctions and the Senate resolution on Armenian genocide. President Tayyip Erdogan told a Turkish TV host on Sunday that U.S. access to Incirlik Air Base, a key base for conventional and nuclear forces, and the Kurecik radar base. Reuters has a bit more, here.
Erdogan’s threats come after he was warmly welcomed to the White House for a November visit during which Trump declared, “I’m a big fan of the president.”
U.S. officials scaled back operations at Incirlik in 2018, but many have argued that it’s long past time to a) get nukes off Turkish soil and b) dismantle this particular piece of leverage over the U.S. and NATO.

Unrelated: Oil-hunting Turkish drone lands on Cyprus. The breakaway Turkish Cypriot government welcomed the drone, part of Turkey’s recent quest for oil and gas off the divided island. The rest of Cyprus and the EU were not happy. Reuters, here.

Was firefight in Afghan city a screwup — or a ruse? Afghan troops surrounded a compound in Mazar-i-Sharif, ostensibly to arrest militia commander Nizamuddin Qaisari. The operation turned into a firefight, shattering a recent peace in the city, and Qaisari got away.
NYT: “For nearly 24 hours, the center of Mazar-i-Sharif, one of Afghanistan’s economic hubs, became a front line for a battle that included machine guns, rocket-propelled grenades and helicopter gunships. And it didn’t even involve the Taliban.” Read on, here.

And finally: The U.S. Military and Naval Academies are working to determine why at least two cadets and one midshipman flashed the upside-down OK sign at the weekend’s Army-Navy football game in Philadelphia. The gesture can be part of “the circle game” — but it has more recently become associated with white power adherents.
BTW: Congrats to the Navy, which won the teams’ 120th meeting behind quarterback Malcolm Perry, who rushed for an FBS-record 304 yards. 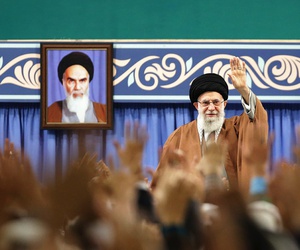 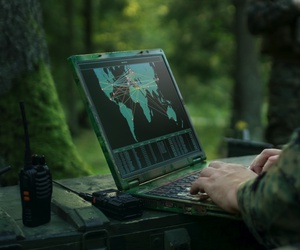 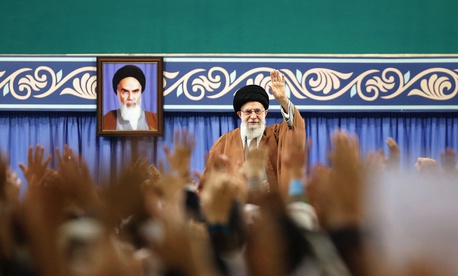 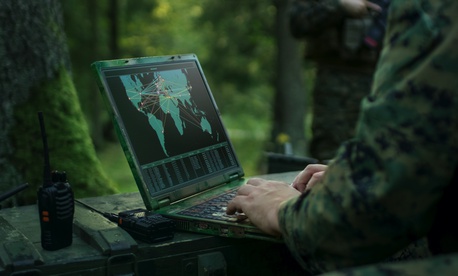