John Rood, the Pentagon’s undersecretary of defense for policy, has been asked to resign because he “lost support among senior national security leadership,” CNN reports today. His portfolio is fairly enormous, with Rood responsible for “implementing the Trump administration’s National Defense Strategy, which placed a greater emphasis on countering China and Russia, as well as overseeing the Nuclear Posture Review, which called for changes to the US nuclear arsenal, including the addition of new low-yield nuclear weapons.”

However, during his time on the job, he “was involved in certifying to Congress that Ukraine had embarked on significant reforms to justify its receipt of $250 million in security assistance,” CNN writes. “That certification undermined one of the justifications — concerns about corruption in Kiev — that some members of the Trump administration made to defend blocking aid to Ukraine.” More here.

Happening today in the Pentagon: Defense Department spokesman Jonathan Hoffman and the Joint Staff’s Rear Adm. William Byrne Jr., will speak to reporters in the Pentagon Briefing Room at 11:45 a.m. ET. Catch it live on the Pentagon’s website, here.

And in the afternoon, CENTCOM spox Navy Capt. William Urban “will brief the press on recent maritime seizures of Iranian-produced weapons” at 4 p.m. from the PBR. More on that and related devices — including a tiny but key component — below the fold.

SecDef Esper is off to North Dakota and Nebraska today, visiting Minot Air Base and U.S. Strategic Command, respectively.

Also happening today: Army Secretary Ryan McCarthy and Chief of Staff Gen. James McConville dropped by the think tank Center for a New American Security in Washington, D.C., to talk about the service’s budget and modernization plans, as well as “how these efforts will help with addressing China and Russia.” Catch that on C-Span, here.

Pentagon to Adopt Detailed Principles for Using AI // Patrick Tucker: Sources say the list will closely follow an October report from a defense advisory board.

Will Trump’s Afghanistan Peace Deal Win Him Votes? // Katie Bo Williams: “I would not say that Afghanistan looms over American politics now the way that Iraq did,” said one analyst.

Graham Denies Threatening To Make Esper’s Life ‘Hell’ If He Cuts AFRICOM Troops // Katie Bo Williams: “No, I never said that,” Graham said in a brief phone call with Defense One. “It was a good conversation.”

America Is Alone in Its Cold War With China // Uri Friedman, The Atlantic: If the Trump administration is truly going all-in on competition with Beijing, it’s not clear that Trump himself is fully on board. Nor, it’s now clear, are several of America’s closest friends.

Let’s Use Peer Pressure to End Political Endorsements by Retired Generals // Zachary Griffiths: A review of more than 1,000 endorsements by former senior military officers shows that most are just favors for a friend.

Welcome to this Wednesday edition of The D Brief from Ben Watson with Bradley Peniston. If you’re not already subscribed, you can do that here. On this day in 1945, the five-week Battle of Iwo Jima began. Joint Chiefs Chairman Gen. Mark Milley will be speaking about this historic day today at 11:30 a.m. ET from the World War II Memorial in D.C. Link for that is here.

Drones used to attack Saudi Arabia and Yemen have a tiny little gyroscope that seems to originate in Iran, the Associated Press reports today. Two recent investigations isolated similar parts, including work by the UN and from the folks at Conflict Armament Research.
What these things are: “A gyroscope is a device that helps orient and guide a drone or missile to its target. The gyroscopes in question bear no manufacturer’s name and come in at least two versions labeled as V9 and V10, according to the reports. Their four-digit serial numbers also appear sequential, suggesting the same manufacturer had built all of those found.”
According to CAR’s report, which cites “UAV experts familiar with this technology, such vertical gyroscopes have not been observed in any UAVs other than those manufactured by Iran.” Read on, here.

Did you know that Libya’s General Hiftar owns homes (plural) in northern Virginia? That’s part of what comes with having been a former CIA asset, the New York Times reported Tuesday. And this matters because those “properties could make him vulnerable to a new lawsuit filed under a 1991 anti-torture law.”
Long story short: “A former aide to Colonel Qaddafi, he turned on the Libyan leader in 1987 and was recruited by American intelligence. A planned coup never came to fruition, and Mr. Hifter and his rebel group were eventually brought to the United States. Mr. Hifter and his sons settled in Northern Virginia, where they eventually bought several properties.”
Why bring this up now? “Two Libyans said their family members were tortured to death by Mr. Hifter’s forces in October 2014 as chaos engulfed Libya, leading eventually to a renewed civil war. Those families are seeking restitution from Mr. Hifter and his sons.” Continue reading, here.

Who’s counting? “The Pentagon lost track of $715 million in weapons and gear funneled to anti-ISIS allies in Syria,” Task & Purpose reported Tuesday off a new inspector general report (PDF) from the Defense Department. The period in question spanned fiscal years 2017 and 2018.
And to be clear, there’s apparently nothing yet to “indicate that any of these weapons ended up in enemy hands,” T&P writes. However, “the audit suggests that the lack of clear accounting makes it impossible to determine what gear, if any, may have ended up where it doesn’t belong.”

This week in information wars: U.S. tensions with China now extend to state media like Xinhua. The U.S. State Department told China that its five premiere news agencies — Xinhua, CGTN, China Radio, China Daily and The People’s Daily — will officially be treated as operatives of the Communist state, the New York Times reported Tuesday.
As for the fine print, “The new action treats the news organizations as part of China’s diplomatic missions whose activities are regulated under the Foreign Missions Act,” which is “a legal tool intended to ensure equitable treatment for American diplomats serving in countries around the world, often under onerous government restrictions. It deals with such things as providing visas, acquiring property and extending diplomatic immunity in matters of criminal wrongdoing.”
The project is a bit new, the Times writes. That’s partly why State officials would only brief reporters “on the condition of anonymity despite requests for public comment.” But what they did explain was that “the new designation would not impede the five Chinese news agencies’ ability to report, broadcast or carry out other journalistic activity. Instead, the officials said, it requires the five organizations to provide names, personal details and turnover of staff in the United States to the State Department. The news organizations would also need to report whether they own or lease property in the United States.”
Worth noting: Chinese state media’s work abroad seems to be less disruptive than Russia’s. “Unlike Russia’s information campaigns in the United States, which have been artfully tailored to sow distrust in the American government and the democratic system, China’s media efforts in the United States have tended to reflect more traditional forms of government propaganda. Reports on CGTN or in China Daily, for example, are more likely to extol the country’s economic and diplomatic achievements than to denigrate American democracy.”
Two unanswered Qs: How long the treatment will last, or what exactly the response to violators will be. Read on, here.

BTW: China just expelled three Wall Street Journal reporters over an op-ed that they didn’t write from Feb. 3 entitled “China is the Real Sick Man of Asia.” According to China’s Foreign Ministry, “The Chinese people do not welcome those media that speak racially discriminatory language and maliciously slander and attack China.”
Bigger picture, according to the Journal: “Public anger at a perceived lack of transparency surrounding the coronavirus has exploded online, overwhelming the country’s censorship apparatus.”
Otherwise in China, CCP leaders tapped tech giants Alibaba and Tencent “to develop color-coded systems to classify people based on their health conditions and travel history,” the WSJ reported Tuesday.

Today in national security election reporting: How “The war in Afghanistan shattered Joe Biden’s faith in American military power,” from the Washington Post’s Greg Jaffe.
Related: President Trump is on a “quest to rewrite history of the Russia probe,” the Washington Post’s Philip Rucker reported on Sunday. How so? By reportedly attempting to cast doubt on the findings of those investigations and others, like New York state’s inquests into his murky finances. Read on, here.

Lastly today: DARPA wants a flying gun. The Drive: The far-out R&D agency’s new budget proposal asks for $13.27 million “to explore what one could best describe as an unmanned flying gun capable of engaging airborne and ground-based targets.” Read on, here. 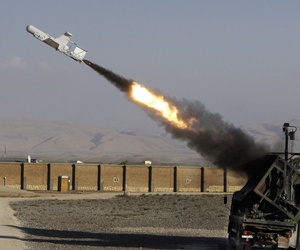 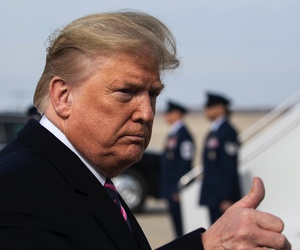 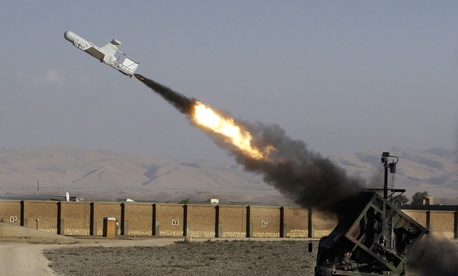 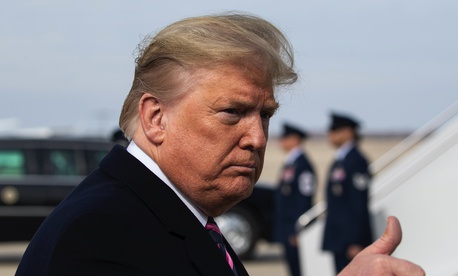