COVID-19 rattles defense industry. Many of the largest companies are restricting travel — not to mention taking hits to their stock prices amid the general market selloff. Some are seeing employees test positive for the coronavirus. Defense One’s Marcus Weisgerber rolls up actions and reactions from Boeing, Lockheed, Raytheon, L3Harris and more in “Defense Firms Limit Travel, Adapt As Coronavirus Spreads.”

What about upcoming trade shows? Last month’s Singapore Air Show was a “ghost town” after several big U.S. defense firms pulled out, says AIA’s Eric Fanning, who was also planning to attend the now-cancelled SXSW in Austin. But on Monday, the organizers of big U.S. defense conferences were still insisting that their shows would go on.

Just in: an exception. On Tuesday. AUSA cancelled its Global Force Symposium and Exposition scheduled for next week in Huntsville, Alabama.

Italy is locked down. On Monday afternoon, its prime minister forbade all but “essential” movement in the world’s 8th-largest economy. Italians are now under “the most severe restrictions on their everyday lives since World War II,” as CBS News put it, after a more limited set of restrictions in northern Italy proved insufficient.

More on COVID-19 after the jump, including a look at the surprisingly low number of Americans tested so far.

Defense Firms Limit Travel, Adapt As Coronavirus Spreads // Marcus Weisgerber: Singapore’s air show was a “ghost town,” but so far, the organizers of big U.S. trade shows are pressing ahead with their events.

Afghanistan Withdrawal Begins Amid Taliban Attacks on US Allies // Katie Bo Williams: Critics say the withdrawal deal puts too much faith in the Taliban.

The US Has Tested Fewer than 5,000 People for the Coronavirus — and That’s a Big Problem // Alexis Madrigal and Robinson Meyer, The Atlantic: By this point in its outbreak, South Korea had tested more than 100,000 people. The lack of data hurts U.S. government, corporate, and personal attempts to make decisions.

Iran Has Far More Coronavirus Cases Than It Is Letting On // Graeme Wood, The Atlantic: The surprising number of Iranian government officials succumbing to COVID-19 offers a hint that the disease is far more widespread than the official statistics indicate.

Welcome to this Tuesday edition of The D Brief from Ben Watson and Bradley Peniston. If you’re not already subscribed, you can do that here. The telephone was successfully tested for the first time on this day in 1876 in Boston.

“Pongo leaves behind a daughter” and “Navas leaves a wife, daughter and three sons,” the Washington Post’s Dan Lamothe reports on Twitter today — along with a photo of both men.
The Marines were clearing a well-defended cave complex, the New York Times’ Thomas Gibbons-Neff reported Monday. “Just for context of how brutal this firefight was,” he tweeted, “the QRF unit sent in to retrieve the American dead was Delta Force.”
Brett McGurk, former U.S. ISIS war envoy, was disturbed by the news, tweeting in response: “Two Americans were just killed in Iraq fighting ISIS. It reportedly took 6 hours to reach them. Something is not right. We seem to have lost focus on this mission while increasing risks to our people and depleting their resources for no good reason. RIP Marines.”

How many Americans have actually been tested for the coronavirus? That’s one of the most urgent questions right now, writes The Atlantic’s Robinson Meyer. “This number would give a sense of how widespread the disease is, and how forceful a response to it the United States is mustering. But for days, the Centers for Disease Control and Prevention has refused to publish such a count, despite public anxiety and criticism from Congress.”
Instead, U.S. officials have offered wildly exaggerated figures. Last Monday, FDA Commissioner Stephen Hahn estimated that “by the end of this week, close to a million tests will be able to be performed” in the United States; two days later, Vice President Mike Pence promised that “roughly 1.5 million tests” would be available this week.
Volunteer effort. So Meyer’s Atlantic colleague Alexis Madrigal, data scientist Jeff Hammerbacher and a growing list of volunteers are compiling totals by calling health officials in all 50 states and Washington, D.C.
The grand total: just 4,384 people tested as of Monday afternoon. (By comparison, Meyer writes in a followup piece, South Korea had tested more than 100,000 people for the disease, and was testing roughly 15,000 people every day.)
One reason: The CDC, for reasons still unknown, decided to eschew a WHO test that became available in January. Instead it developed its own, which when deployed in early February turned out to generate too many false positives. It was another few weeks before a fixed version was ready to go. ProPublica, here.

In the afternoon, Coast Guard Commandant Adm. Karl Schultz will talk about his service’s FY21 budget request at 1:30 p.m. with House appropriators.
HASC’s Subcommittee on Tactical Air and Land Forces will host a packed hearing with leaders from the Army, Navy, Marines and Air Force — eight witnesses in all — to talk about “Department of Defense Tactical and Rotary Aircraft Acquisition and Modernization Programs in the FY21 President’s Budget Request.” That starts at 2 p.m. ET.
Then Army Secretary Ryan McCarthy and Chief of Staff Gen. James McConville testify on the Army’s FY21 budget request before the House Appropriations Subcommittee on Defense at 3 p.m. ET. Watch that one, here.
Extra reading: For the U.S. Navy,  435 ships is the new 355. AEI’s Mackenzie Eaglen recounts at Real Clear Defense how an all-but-unrealistic target is moving farther away.

Now for something completely different: What does it mean for the U.S. military to “deter aggression” in space? How could a war in space happen? And what are American interests in space, anyway? We spoke to four experts in space weapons, policy and strategy in an attempt to answer those three questions in our latest Defense One Radio podcast. Listen or read the transcript, here.
Subscribe either on Google Play, iTunes, or Overcast, or wherever you listen to podcasts.

And finally today: Russia’s campaign to divide Americans never stopped; it only diversified. “Russian intelligence services are trying to incite violence by white supremacist groups to sow chaos in the United States,” the New York Times reports this morning, citing “seven American officials briefed on recent intelligence.” What’s more, “Russian operatives are also trying to push black extremist groups toward violence, according to multiple officials, though they did not detail how.”
In addition, Russian state media has pushed “stories emphasizing allegations of police abuse in the United States and highlighting racism against African-Americans within the military.”
It’s not only about racial justice and privilege. Other U.S. political issues Russian accounts are trying to inflame include nationalism, immigration, gun control and gay rights, according to Young Mie Kim, a University of Wisconsin professor who studies political communication online.
Tactics include clickbait and hate-reading. “They tried to sow division by targeting both the left and right with posts to foment outrage, fear and hostility,” Kim explained in a blog post for the Brennan Center For Justice. “Much of their activity seemed designed to discourage certain people from voting. And they focused on swing states.”
Many of these efforts are playing out more privately than during the 2016 election, the Times reports. That includes “private Facebook groups, posts on the online message board 4chan and closed chat rooms that are more difficult to monitor.”
One possible reason why we’re hearing about this now: “Trump administration officials were set to brief Congress behind closed doors on Tuesday to discuss election threats from Russia and other adversarial nations.” Read the rest, here.
There will be more. Dive deeper into the matter of how to better prepare ourselves for divisive messaging in this analysis from Alex Finley, Asha Rangappa and John Sipher published Monday in Just Security. The gist: “While there has been much discussion about Russia’s use of disinformation as a weapon to interfere in Western elections, it is only one piece of Russia’s larger use of political warfare. Russia’s full active-measures toolkit—one that goes back to the Soviet Union’s KGB—includes subversion, espionage, sabotage, propaganda, deception, provocation, spreading of rumors and conspiracy, weaponization of social media, and even assassination and promotion of violence.”
Why give a rip about this stuff? “The more we understand [the tactics our enemies are likely to use] and our vulnerabilities, the better we can control how we consume and share information and how we react to those trying to bring out the worst in us.” Read on, here. 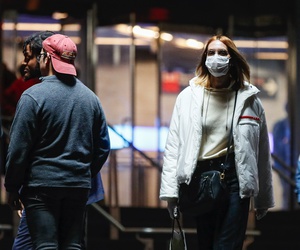 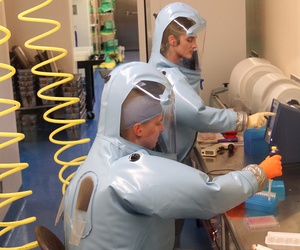 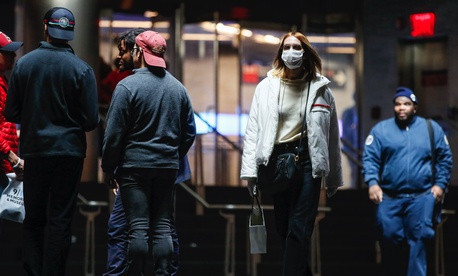 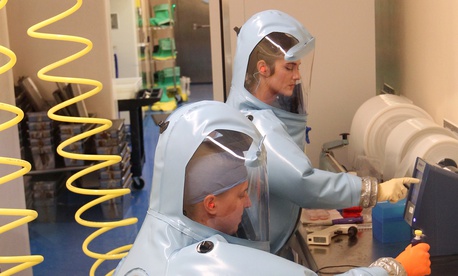