And today we learned the names of the two Americans who died Wednesday from the rocket attack on Camp Taji, Iraq:

About the U.S. response: “These strikes were defensive, proportional, and in direct response to the threat posed by Iranian-backed Shia militia groups who continue to attack bases hosting coalition forces,” the Pentagon said in its post-attack statement Thursday evening. “These terror groups must cease their attacks on U.S. and coalition forces or face consequences at a time and place of our choosing.”

On CENTCOM’s restraint: There are “plenty” of other weapons storage facilities across Iraq that U.S. Central Command knows of, but chose not to strike yet out of “restraint” and a high probability of civilian casualties, CENTCOM’s Gen. Frank McKenzie told reporters this morning at the Pentagon.

Find briefing slides with before and after photos, released this morning by U.S. Central Command officials (PDF), here.

BTW: The U.S. has two aircraft carriers in the Middle East now for the first time since 2012. Military Times has more, here.

When asked if the U.S. consulted with Iraq before the strikes, “We consulted with them in the wake of the attack,” McKenzie said today, adding, “They knew a response was coming, and I’ll just leave it at that.” Which makes now a suitable time to point out—

Iraq’s military is very unhappy over the U.S. retaliatory airstrikes, Reuters reports. “The pretext that this attack came as a response to the aggression that targeted the Taji base is a false pretext; one that leads to escalation and does not provide a solution,” Iraq’s Joint Operations Command said in a statement.

“This action is against the will of the Iraqi state and a violation of its sovereignty,” Iraq’s military continued, saying the U.S. decision to carry out the strikes “strengthens outlaws. No party has the right to substitute itself for the state, its sovereignty, or its legitimate decisions.”

For what it’s worth, “Kataib Hezbollah did not immediately comment on the airstrikes,” AP writes. “But Harakat Hezbollah al-Nujaba, an Iran-backed militia group designated as a terrorist organization by the U.S., vowed to retaliate with ‘an eye for an eye’ in a statement Friday.”

So far, however, key Iraqi leaders are calling for calm, Reuters writes. That includes Ammar al-Hakim of the Hikma Movement and populist Shi’ite cleric Moqtada al-Sadr, who said today Iraqis and the world are experiencing a few “massive disasters” right now, and maybe escalation should wait. More here and here.

Defense One Radio, Ep. 64: Coronavirus and national security  // Defense One Staff : Where are disruptions hitting the defense industry hardest? How are federal workers adjusting? And what do we know about the race for a cure?

General Takes Blame for ‘No Injuries’ Declaration After Jan. 8 Iran Strike // Kevin Baron: “I was never under any pressure at any time to shade this reporting,” CENTCOM’s Gen. Frank McKenzie told Congress. More than 100 troops later were diagnosed with TBI.

Iranian Proxies Killed Americans In Iraq, Pentagon Leaders Say  // Katie Bo Williams: The attack has reignited tensions between the U.S. and Iran — and raised questions about whether the former is “deterring” the latter.

Pentagon Will Allow Companies to Rebid for JEDI Contract // Frank R. Konkel, Nextgov: Defense procurement officials have asked a federal judge for a 120-day remand to “reconsider its evaluation” of the up-to-$10 billion cloud contract.

Explainer: How #Flattenthecurve Can Save Lives  // Matthew McQueen, The Conversation: Even if every person on Earth eventually comes down with COVID-19, there are real benefits to making sure it doesn’t all happen in the next few weeks.

Welcome to this Friday edition of The D Brief from Ben Watson and Bradley Peniston. If you’re not already subscribed, you can do that here. On this day in 1989, U.S. Space Shuttle Discovery launched after an almost two-hour delay due to ground fog and upper winds. The crew’s primary task: deploy the Tracking and Data Relay Satellite-4 (TDRS-4) into a geosynchronous orbit over the Atlantic Ocean. TDRS-4 continued to work for nearly 23 years until one of its batteries failed and it was moved to a disposal orbit well above GEO. For more on space and satellites, don’t miss our recent podcast on the subject, “War in space.”

Six U.S. troops, plus seven military dependents, have been diagnosed with COVID-19, Defense Secretary Mark Esper told reporters on Thursday, the morning after he announced sweeping restrictions on troops’ and families’ permanent-change-of-station moves and travel to various infected regions.
Questions? Army soldiers and families, at least, can seek answers at a new Army FAQ and a new 24-hour hotline: 1-888-276-9472.
Trump said he won’t get tested after interacting with infected Brazilian officials. On Saturday, the commander in chief had dinner with Brazilian president Jair Bolsonaro at Trump’s Florida resort. After a Bolsonaro aide tested positive for COVID-19, White House officials passed the word that neither Trump nor VP Pence would be getting tested themselves, the New York Times reported Thursday.
But stand by. Bolsonaro has since tested positive for the virus as well, and Fox’s Jennifer Griffin tweeted at 10:46 on Friday: “A number of White House staff (including comms team) were just called to an urgent meeting in the Chief of Staff’s office because of the Brazilian President Bolsonaro positive test for coronavirus.”
Buttoning up. Thursday saw the Defense Department and other elements of the national security sphere continue to button up.

Virus has North Korean military on lockdown. Gen. Robert Abrams, head of U.S. Forces in South Korea told Pentagon reporters via video conference on Friday that the North Korean military appeared to have been on lockdown thanks to the coronavirus — although the opaque regime has not admitted to having any cases. For 24 days, it did not fly a single plane, Abrams said.
By the numbers: The number of known cases in the United States is accelerating: 1,701 cases and 31 deaths at press time, per Johns Hopkins dashboard. Testing is also accelerating — at least 13,000 people have been tests, per the COVID Tracking Project — but shortages and bureaucratic obstacles remain.
For news throughout the day, check out The Prognosis, our running ticker of military and national-security developments connected to COVID-19.

Have a safe weekend, everyone. Wash those hands. And we’ll see you again on Monday! 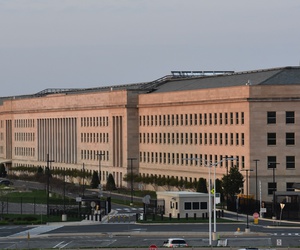 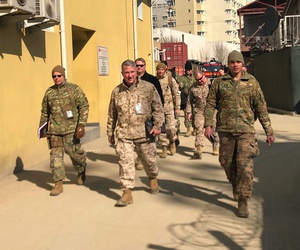 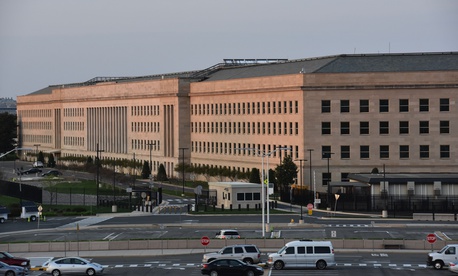 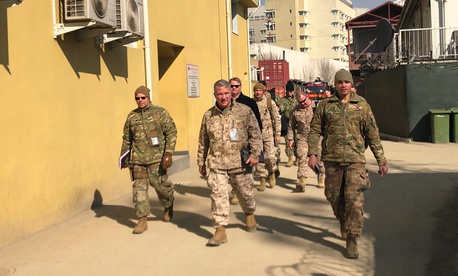