President Trump mulls ending WH stay-at-home guidance even as some states begin or extend it. Spooked by the month-long decline of the stock market, and personally losing millions of dollars in revenue from his hotels, President Trump hinted Sunday and Monday that he might lift the social-distancing guidelines he released March 15 in a relatively short period of time. “I’m not talking about months,” he said in his Monday press conference, which did not feature Dr. Anthony Fauci, the infectious-diseases official known for emphasizing public-health best practices and correcting Trump’s false statements about the disease.

Trump’s Surgeon General: “I want America to understand: This week, it’s going to get bad.” That was Dr. Jerome Adams, speaking Monday on NBC’s Today show.

Economists: it’s hard to restart an economy amid an epidemic: “The No. 1 rule of virus economics is the only way to restore the economics is to slow the spread of the virus,” Austan Goolsbee, UChicago prof and Obama cabinet member, said on CNN.

States on lockdown: CNN: “By Wednesday, when all 16 current state orders take effect, more than 40% of the US population will be officially urged to stay home.” Four more states — Maryland, Nevada, Virginia and Kentucky — have ordered all nonessential businesses to close, but stopped short of issuing official stay-at-home orders.

US diplomats fan out to beg for supplies. Foreign Policy: “The U.S. State Department is instructing its top diplomats to press governments and businesses in Eastern Europe and Eurasia to ramp up exports and production of life-saving medical equipment and protective gear for the United States…” Read on, here.

Why isn’t Trump using his powers under the Defense Production Act? Defense One’s Katie Bo Williams has a good explainer. “He wants to allow corporations to sell vital medical gear to the highest-bidding states. Governors say that’s exactly the problem.” Read on, here.

Because of course they are. The FBI says white supremacists in New York are “encouraging members who contract novel coronavirus disease to spread the contagion to cops and Jews,” ABC News reported Monday off an alert from the Bureau’s New York office from late last week.

Know anyone looking for work or ways to help out? The city of Baltimore is hiring EMTs and firefighters. Your community could have opportunities, as well. Search your region from this page.

Across the pond: “You must stay at home… Each and every one of us is now enlisted,” said UK Prime Minister Boris Johnson on Monday (BBC) as he announced tighter restrictions to curb the spread of the coronavirus. Johnson said Britons can leave their home only if:

Is this a good time to attack Iran’s navy? U.S. Secretary of State Mike Pompeo reportedly argued that point when pitching options for a U.S. response to rocket attacks on Iraqi bases in recent weeks, the New York Times reported Saturday.

Related: Two U.S. flattops near Iran. The Dwight D. Eisenhower and Harry S. Truman Carrier Strike Groups met for a photo in the Arabian Sea, with a B-52H Stratofortress flying overhead, on Saturday. Find the photo on DVIDS, here.

Esper Orders Pentagon into Stricter Health-Related Lockdown  // Katie Bo Williams: Most of the military installations in the Washington, D.C., area have already been designated HPCON-C, the second-highest level, to protect personnel from the coronavirus.

The Coronavirus Gives the US a Chance to Restart Talks with North Korea // Sungmin Cho: Even as Kim launches missiles to distract his worried populace, he is seeking US aid for his country’s battle with COVID-19.

This Is How We Can Beat the Coronavirus // Aaron E. Carroll and Ashish Jha, The Atlantic: Mitigation can buy us time, but only suppression can get us to where we need to be.

Welcome to this Tuesday edition of The D Brief from Bradley Peniston and Ben Watson. If you’re not already subscribed to The D Brief, you can do that here. On this day in 1882, the bacterium responsible for tuberculosis, Mycobacterium tuberculosis (aka “Koch’s bacillus”), was discovered by German microbiologist Robert Koch. He would later receive a Nobel Prize for his discovery, but not until 1905.

SecState Pompeo is very upset with Afghanistan’s leaders. On Monday we learned from America’s top diplomat  that the U.S. was going to cutting $1 billion in aid to Afghanistan because of the impasse over who should be president in Kabul. That was the initial message after Secretary of State Mike Pompeo’s seven-hour meeting in Kabul with President Ashraf Ghani and his presidential challenger, Abdullah Abdullah. However, “in a subsequent briefing with reporters on his plane during a return flight to the U.S., Pompeo declined to be specific about what part of U.S. aid would be cut and suggested that the announcement was largely meant as a threat,” NPR reports.
Pompeo later met with Taliban officials at a once-secretive airbase in Qatar. That late-Monday meeting included Mullah Baradar, the Taliban’s chief negotiator, and the purpose was “to press the Taliban to continue to comply with the agreement signed last month.”
The future of American diplomats in Kabul? It’s pretty much completely unknown, the New York Times’ Lara Jakes reported Monday.

Within 10 years, the U.S. Marine Corps wants to ditch its tanks in favor of island-hopping mobility, U.S. Naval Institute news reported Monday. The plan is the brainchild of Commandant of the Marine Corps Gen. David Berger, and it’s being put into action because “The Marine Corps is not optimized to meet the demands of the National Defense Strategy,” Maj. Joshua Benson, a spokesman for the Marine Corps Combat Development Command, told USNI.
What lies ahead: “By the year 2030, the Marine Corps will see complete divestments of Law Enforcement Battalions, Tank Battalions and associated Military Occupational Specialties (MOS), and all Bridging Companies,” Benson said. “Additionally, the Corps will reduce the number of infantry battalions from 24 to 21; artillery cannon batteries from 21 to 5; amphibious vehicle companies from 6 to 4; and reduce tilt rotor, attack, and heavy lift squadrons.”
F-35s will be trimmed, too, with the Corps’ number of F-35B and C Joint Strike Fighter squadrons declining from “16 Primary Aircraft Authorized to 10 per squadron.”
Motivating all these changes is “the China threat,” the Wall Street Journal reported Sunday. That American strategic thinking proceeded thusly: “If war broke out, U.S. officials concluded, China could fire hundreds of missiles at U.S. and allies’ air bases, ports and command centers throughout the Pacific, jam the U.S. military’s GPS, attack American satellite systems and use its air defenses to keep U.S. warplanes at bay.”
And to that end, the Navy “has been developing tactics to disperse aircraft carrier battle groups to make them a less inviting target for Chinese medium-range missiles, and it is pursuing the development of unmanned submarines and ships.”
Part of the USMC’s new approach: new units of between 50 and 100 personnel called “littoral regiments” with anti-ship missiles and drones in multiple domains designed specifically “to take on the Chinese navy” in places like the South and East China Seas. “To elude retaliatory blows, the Marines would hop from island to island every 48 or 72 hours, relying on a new generation of amphibious ships, which could be piloted remotely. Other Marine teams would operate from U.S. warships with decoy vessels nearby.”
Said Berger: “It is very difficult for them to counter a distributed naval expeditionary force that is small, that is mobile, but has the capability to reach out and touch you.” Continue reading behind the paywall, here.

North Korea carried out its third missile test in a month on Saturday, sending two apparent short-range ballistic missiles off its east coast. “The two projectiles, fired at 6:45 a.m. and 6:50 a.m. local time, covered a distance of more than 250 miles and soared more than 30 miles high,” the Wall Street Journal reported from Seoul, citing data from the South Korean military.

The U.S. military still has about 5,200 forces deployed to the border with Mexico despite pretty steep declines in migration, the LA Times’ Molly O’Toole reported Monday. Current plans have them there until at least Sept. 30, and the mission’s cost has totalled around $500 million to date, a Pentagon spokesman told O’Toole.

Happening now: The Pentagon is video streaming a town hall for employees, led by Defense Secretary Esper and Joint Chiefs Chairman Gen. Mark Milley. The stream began at 10 a.m. ET, but you can catch what’s left, here.
A few highlights so far: 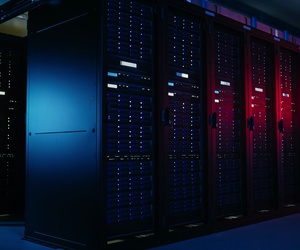 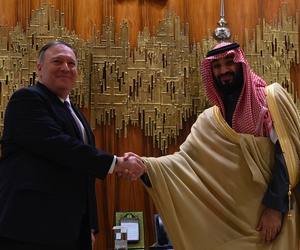 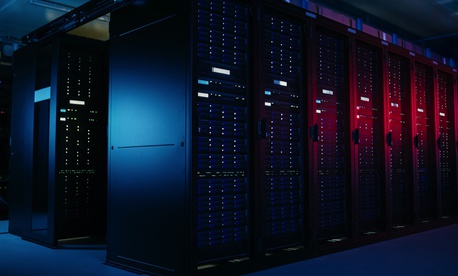 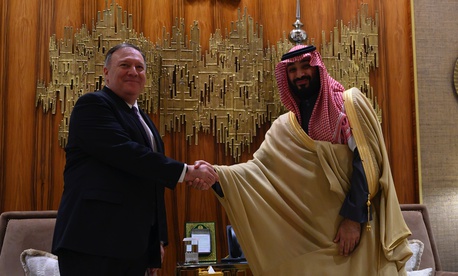