America’s president says nearly 100,000 citizens could die soon from the coronavirus. U.S. President Donald Trump, who took little action in January or February despite warnings of COVID’s arrival, conceded on Tuesday that it is likely that more than 100,000 Americans will die of the disease. At a White House press conference, he and other officials presented charts showing projections that up to 240,000 could perish — and even more if social distancing efforts are not maintained.

“It’s absolutely critical for the American people to follow the guidelines for the next 30 days. It’s a matter of life and death,” the president said Tuesday afternoon.

Trump spoke on the day when U.S. COVID deaths passed China’s reported total. At least 3,921 Americans have died of the disease, while China has reported 3,316 deaths.

RIP Army Capt. Douglas Hickok. Military.com has a remembrance of the 57-year-old physician assistant in the New Jersey National Guard, the first U.S. servicemember to die of the coronavirus, here.

We now have our first member of Congress to deploy with the National Guard in this pandemic: U.S. Army Capt. and Rep. Max Rose, a freshman Democrat from New York, announced Tuesday that he will deploy with the Guard today. He will be helping “set up field hospitals in Staten Island and other parts of New York,” the New York Times reports.

POTUS45 continues to say unhelpfully false and misleading things. AP has a fact-check correcting the record from recent appearances by the president. For example, after Trump suggested on Monday that America’s testing problems are over, Maryland Gov. Larry Hogan told NPR on Tuesday, “Yeah, that’s just not true.”

This may be hard to believe, but the Defense Production Act has been used by the Pentagon about 300,000 times a year, the New York Times reported Tuesday after some poking around. In the Trump era alone, it’s been used to accelerate the production of missile chemicals and drone parts, e.g.

Why this matters: President Trump has treated his DPA powers as a last resort in the federal effort to furnish hospitals with the gear they need to keep Americans from dying. But it appears to be nothing of the sort in other contexts. Read on, here.

A U.S. Navy aircraft carrier is being evacuated in bid to contain COVID-19 spread. A skeleton crew will man critical stations while Theodore Roosevelt is disinfected pierside in Guam, Acting Secretary Thomas Modly told CNN: “The key is to make sure that we can get a set of crew members that can man all those critical functions on the ship, make sure they’re clean, then get them back on while we clean the ship and get the other crew members off,” Modly said. “And that’s the process we’re going through. It’s very methodical. We’re absolutely accelerating it as we go.” Read on, here.

“The letter worked”: The evacuation is proceeding after the ship’s commanding officer sent an unusual letter to Navy superiors asking for help finding shore-based accommodations for 90% of his crew. A sailor aboard the Roosevelt told the San Francisco Chronicle on Tuesday that “the crew was briefed and told the plan was to move a large number of sailors to hotels for individual quarantine within the next 24 hours… ‘The letter worked,’” the sailor said. Read on, here.

Military Leaders Worry About Health of Commercial Airlines // Marcus Weisgerber: The leader of U.S. Transportation Command is looking for ways to give them work.

If Space Startups Fail, the Pentagon’s Going to Need Some New Plans // Patrick Tucker: The coronavirus is threatening young space companies — and the military’s plans to rely on them.

Can Better Airplane Boarding Procedures Slow the Spread of Coronavirus? // Patrick Tucker: A new computer model offers a better way to understand how people move in tight spaces, which can affect how viruses spread.

The Coronavirus Pandemic Should Be NATO’s Moment // Elisabeth Braw: There’s one multinational organization that has command-and-control for contingencies, the staff to execute operations, and exists to defend its member states.

Pentagon Will Modify Hundreds of Contracts for Coronavirus Response // Frank R. Konkel, Nextgov: The Defense Department is ramping up the purchase of certain items, including ventilators, in response to the COVID-19 outbreak.

Welcome to this Wednesday edition of The D Brief from Ben Watson and Bradley Peniston. Send us tips from your community right here. And if you’re not already subscribed to The D Brief, you can do that here.

Fighting back with money? The world should spend 10 percent of global GDP to fight the virus, according to a new report from the UN. Politico has that story, here.
For what it’s worth: The Dow Jones ended the worst first quarter in its 135-year history on Tuesday (Washington Post) when it declined by more than 400 points.
A global food shortage is possible if national leaders continue to mismanage the crisis. The heads of the UN’s Food and Agriculture Organization, the WHO and WTO warned today that a worldwide “food shortage” could happen (no date given) if authorities fail to manage the ongoing coronavirus crisis properly in the near-term, Agence France-Presse reports today from Paris.

Furloughs hit South Korea due to failed negotiations on U.S. troop-hosting. “Today, approximately half of the USFK Korean National employee workforce has been furloughed due to a lapse in the Special Measures Agreement,” U.S. Force-Korea’s Commander, Gen. Robert Abrams, announced on Facebook — after weeks of warning (see here, e.g.) this consequential day might come.
Now is a really good time for NATO to step up, argues RUSI’s Elisabeth Braw. “The EU bungled its initial response when Italy succumbed to the vicious virus and seems unable to recover in the court of public opinion. This is instead the moment for NATO to act, and to show the world that it will protect its member states. This is, in fact, NATO’s moment,” she writes in Defense One, here.
Russia is reportedly sending the U.S. a planeload of medical gear. Reuters reminds us today that “Russia has also used its military to send planeloads of aid to Italy to combat the spread of coronavirus, exposing the European Union’s failure to provide swift help to a member in crisis and handing Putin a publicity coup at home and abroad.” Read on, here.
While we’re on Russia: The country, whose official (and disputed) COVID count is 2,337 cases and 17 deaths, is reportedly launching a “social monitoring” app to keep track of Russians during the current coronavirus lockdown. It’s an incredible app that permits access to all of the data on a person’s phone; it doesn’t encrypt any of that data, and it even sends some of it to an Estonian facial recognition service that has servers in Germany. (h/t Max Seddon of Financial Times)
Tunisia is enforcing its lockdown with robots (Middle East Eye). And Turkmenistan is fighting the virus by banning the word “coronavirus,” NPR reported Tuesday.
Governors denounce federal inaction that has produced “eBay-style” competition for vital medical gear among states. Defense One’s Katie Bo Williams reported on this more than a week ago, but it’s still going on, the NYT reports.
The states of Alabama and Massachusetts are giving the police the addresses of people who have been diagnosed with coronavirus (Vice News).

And finally today: More than the appearance of impropriety. After attending a closed door briefing and publicly claiming the Democrats were overhyping the virus, Sen. Kelly Loeffler, R-Ga., sold more stock than previously reported — $18.7 million — including shares in retail stores, while buying into a company making coronavirus protective gear, the Atlanta Journal-Constitution reported Tuesday. “Previous reports — which have put Loeffler in the national spotlight — covered her trading during the first six weeks of 2020.” AJC uncovered much more.
Other U.S. senators under the spotlight for possible insider trading: Sen. Richard Burr, R-N.C.; and David Perdue, who like Loeffler, is also a Republican from Georgia. (Update: Perdue’s team disputes the categorization, telling The D Brief his “financial reports show there was nearly equal buying and selling, and that separates Senator Perdue from the rest.”) Dianne Feinstein, D-Calif., and Jim Inhofe, R-Okla., are also facing criticism of their stock market activity, “but to a lesser extent” than Loeffler, the AJC writes. More here. 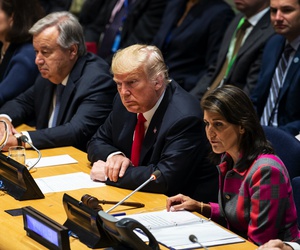 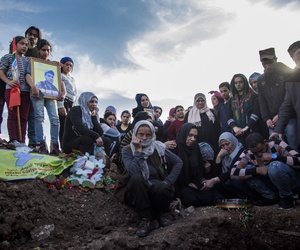 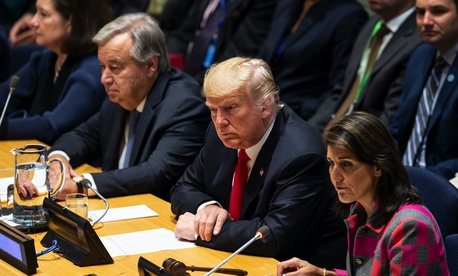 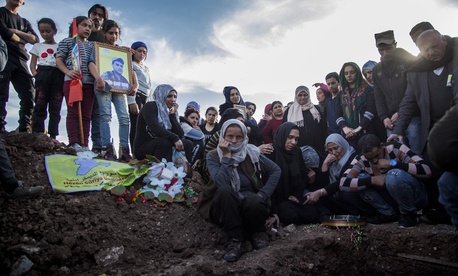