The United States is bracing for a prolonged recession, Federal Reserve Chairman Jerome Powell warned this morning — a day after America’s top infectious disease expert told lawmakers lifting lockdowns could trigger new COVID-19 outbreaks, potentially killing more than the 81,000 that have already passed away from the virus in the U.S.

“The scope and speed of this downturn are without modern precedent, significantly worse than any recession since World War II,” Powell said in an ongoing webcast you can watch here.

And looking to the autumn, Fauci said, “If we do not respond in an adequate way when the fall comes, given that it is without a doubt that there will be infections that will be in the community, then we run the risk of having a resurgence.”

A target to avoid: Reuters reports today the most recent projected U.S. death toll is 147,000 dead Americans by early August, according to the latest forecast from the University of Washington’s Institute for Health Metrics and Evaluation. That estimate is “up nearly 10,000 from the last projection, as social distancing is increasingly relaxed.” (N.B. Here’s a discussion of the problems with models.)

For the U.S. military:

In relative success stories, Hong Kong just ended a 24-day run with no new local cases. And “South Korea, which has also been held up as a model for defeating the virus, has seen more than 100 new cases emerge this week with a cluster linked to a Seoul nightclub district.”

On the other hand, COVID now appears to have hit Nigeria, and pretty hard — “combining with established diseases to pose a lethal threat in a region where medical care is poor,” AFP reports.

As the world’s top vacation spot, the EU wants to restart travel to Europe in time for the summer, “hoping to save millions of tourism jobs,” AFP reports.  (Notable exception: one English beach town’s tourism office has just rebranded itself “Do Not Visit Blackpool.”)

Here’s a quick summary of the European Commission’s travel guidelines — across air, road, bus and rail, via Reuters.

Forty-five ventilators delivered from Russia to the U.S. are being returned to FEMA, Buzzfeed News reported Tuesday. And two of the same type of ventilators caught fire, killing 6 people in Russia in the past week, according to AFP. Reuters has more from Russia, here.

Forget Russia; llamas could help save us all. AFP has a graphic with the science backing up that claim, here.

The misleading and dangerous movie “Plandemic” has become a conspiracy theory whack-a-mole. AP has the story of the video that tech companies can’t seem to be able to remove frequently enough, here.

US, China Should Pursue Peace, Not Military Brinkmanship // Lyu Jinghua: Neither side wants to appear weak, but recent actions and rhetoric by both sides has put all of us in greater danger of U.S.-China military tensions sliding into armed

Afghanistan To Resume ‘Offensive’ Actions Against Taliban In Blow To Peace Deal // Katie Bo Williams: How that will affect U.S. plans is anybody’s guess.

The Trump Administration’s Aggressive Approach to Arms Negotiations Could Backfire // Patrick Tucker: A key arms control agreement will either get much bigger — or be scuttled, hastening a new arms race.

“The World: A Brief Introduction,” with Richard Haass // Defense One Staff: The president of the Council on Foreign Relation explains why the world needs to be reintroduced to a general audience in 2020.

Donald Trump Has No Plan // David Graham: Thousands are dying each week, the economy is cratering, and the president is at a total loss.

Welcome to this Wednesday edition of The D Brief from Ben Watson and Bradley Peniston. Send us tips from your community right here. And if you’re not already subscribed to The D Brief, you can do that here. On this day in 1958, Swiss electrical engineer George de Mestral trademarked a product we’d later know as velcro, or as some U.S. Army trainers like to refer to it, “hook and pile tape.”

The Taliban say they’re ready for a return to war against Afghan government forces, AFP reports from Kabul. The official statement from the group: “From now onwards the responsibility of further escalation of violence and its ramifications shall fall squarely on the shoulders of the Kabul administration.” Background, via Defense One’s Katie Bo Williams, here.
That TB statement comes a day after 56 Afghans were killed, including women and children, in two attacks across Kabul and Nangarhar province. The latter involved a suicide attacker who detonated at a funeral, killing 32. “No group has so far claimed the attack, but President Ashraf Ghani has blamed both the Taliban and the Islamic State group,” AFP reports separately today.

Niger says its military killed 75 Boko Haram fighters earlier this week in a region where Niger, Nigeria and Chad converge, Reuters reports.
By the way: AEI has a new report out today on the health and economic toll of COVID-19 in African countries, which could see an “increase [in] the likelihood of revolutions and state collapse…including in states currently seen as stable.” Read more, here; or check out a summarizing map, here.

An informal cancer survey by a military-aircrew club finds disturbingly high levels. Last fall, the Red River Valley Fighter Pilots Association asked its 3,400 members whether they had, or have had, cancer. Some 500, or 56% of respondents, said yes, the group told McClatchy’s Tara Copp, who has reported on higher-than-average incidences of cancer among former military people, and Congressional interest in the matter. Read on, here.

Secretary of State Mike Pompeo is in Israel today accusing Iran of working to “foment terror,” AFP reports. Pompeo and Israeli Prime Minister Benjamin Netanyahu “were also expected to discuss US blessing for Israeli plans to annex Jewish settlements and other territory in the occupied West Bank. West Bank annexations were detailed in President Donald Trump’s controversial Middle East peace plan, which was categorically rejected by the Palestinians. For other major powers, Israeli annexations in the West Bank would amount to a grave violation of international law. More here.

Odd declassification. Acting DNI Richard Grenell has declassified a list of Obama-administration people who sought to learn the identities of Trump associates swept up in surveillance of foreign officials, the New York Times reports. “Mr. Grenell’s move came as Mr. Trump and his associates have in recent days intensified their efforts to change public perception about the Russia inquiry from a scandal involving Mr. Trump to one involving his predecessor.”
Steven Aftergood’s take: “It is part of the struggle over who controls the narrative of the investigation of the 2016 election,” Aftergood, an expert on government classification at the Federation of American Scientists, told the Times. “It is putting the spotlight on the investigators rather than the investigated. It is saying what is irregular here is not the extraordinary contacts with the Russian government but the attempt to understand them.” Read on, here.
Meanwhile: 9/11 revelation oopsie? In a court filing last month, the FBI “inadvertently revealed one of the U.S. government’s most sensitive secrets about the Sept. 11 terror attacks: the identity of a  mysterious Saudi Embassy official in Washington who agents suspected had directed crucial support to two of the al-Qaida hijackers,” Yahoo News reports. 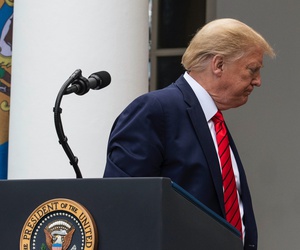 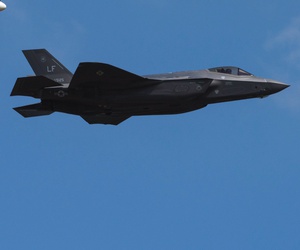 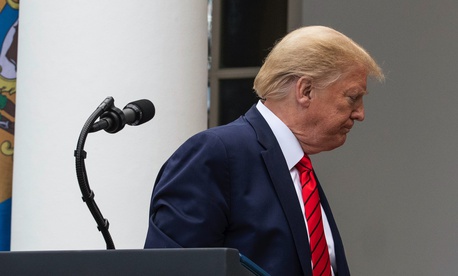 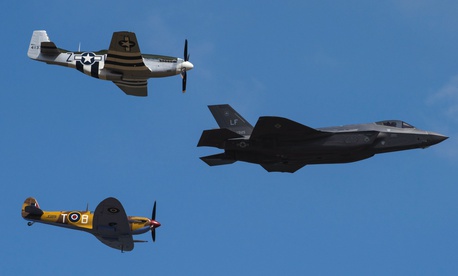