Congress is about to fail America’s veterans if they don’t tackle these bills this year, and fund the full VA in advance. By Alexander Nicholson

Congress is at risk of failing America’s veterans. With single-digit days left in the year’s congressional calendar, several important pieces of legislation to the veteran community remain on the floor of each chamber awaiting a final vote. House and Senate leaders must summon a sense of non-partisan duty and prioritize veterans’ policy needs before adjourning for the year and going home.

Back in 2009, the veteran community wisely fought for, and won, advance funding for the portion of the Department of Veterans Affairs’ annual budget that covers the VA health care system. This bold move was widely considered a smart insurance policy to protect care and services for veterans during years in which Congress fails to meet its budget deadlines. This year, veterans organizations and a strong bipartisan coalition of lawmakers have emphasized the immediate need to pass the Putting Veterans Funding First Act in order to fund the remaining fourteen percent of the VA’s budget in advance.

Although support for advance appropriations for the entire VA gained momentum long before the most recent government shutdown, that event’s negative impact on the department and on veterans drove home the need to get this new legislation enacted immediately. During the shutdown, veterans disability claims processing was significantly slowed, help desks were unavailable and VA service centers around the country were shuttered, even as VA medical offices continued to operate smoothly.

Perhaps more disturbingly, veterans around the country both young and old began to wonder if their next disability, pension or education benefits payments would actually get paid out on time. Fortunately, the shutdown ended before the VA may have had to default on paying out the compensation and benefits checks on which millions of veterans rely every month, but the threat and realistic possibility alone were enough to cause intense anxiety and unnecessary stress on veterans and their families.

The administration and the VA had remained quiet prior to the shutdown on the new bills making their way through Congress that would advancing the VA budget in full, even though they have long publicly lauded and appreciated the advance appropriations that the VA’s health care system receives. But after the shutdown, a VA spokesperson unexpectedly announced that the department’s position was now that its full budget should not be advance funded because veterans and the VA would be best served if Congress funded the entire federal budget on time every year.

While certainly correct, this position is also naive and idealistic. The reality is that the added budgetary buffer will help insulate the VA and the veterans it serves from having to rely on Congress to always agree on a comprehensive federal budget in a timely manner.

Beyond this critical priority, several other important veterans-related legislative packages are primed and ready for an immediate vote on the floor of both chambers of Congress. In the Senate, the Committee on Veterans Affairs has passed two major omnibus bills and a range of additional free-standing legislation. One of those omnibus packages, passed out of committee back in July, includes a version of the GI Bill Tuition Fairness Act, which is another major priority this year for a broad coalition of veterans organizations, including Iraq and Afghanistan Veterans of America, the American Legion and Veterans of Foreign Wars. The House version of this bill passed out of its Committee on Veterans Affairs in early June with strong bipartisan support and still needs a vote this year.

The House also has a series of additional veterans bills that are awaiting scheduling and that are low-hanging fruit for pre-adjournment action. These include several bills that would provide additional resources and assistance to help the VA try to meet its ambiguously operationalized goal of ending the disability claims backlog by 2015, which just last week rose again for the first time in 22 weeks.

And finally, the Senate absolutely must do right by the men and women who serve in uniform and their families by finishing the defense authorization bill, including allowing a vote on the Military Justice Improvement Act. If it does not, it will be the first time in more than a half-century that Congress has failed to provided the Pentagon with its annual spending and policy authorizations. To make matters worse, it would be doing so while American service men and women are still at war in Afghanistan.

There is much more that the Congress can and should do by the end of this year, including staying on the job through December 20th. But at the very least, party leaders in the House and the Senate have an obligation vote on and finish these critical priorities. The military, veteran and defense community is issuing a call to duty to Congress, and it is these minimum expectations for which we all have a duty to all hold lawmakers accountable.

Alexander Nicholson is the legislative director at Iraq and Afghanistan Veterans of America. 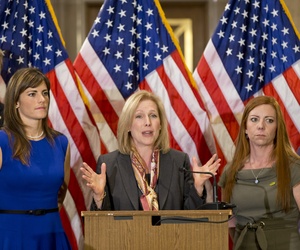 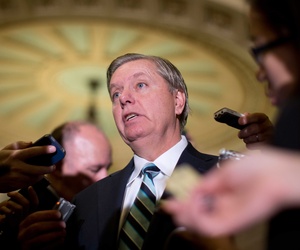 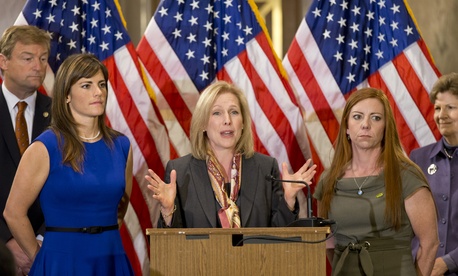 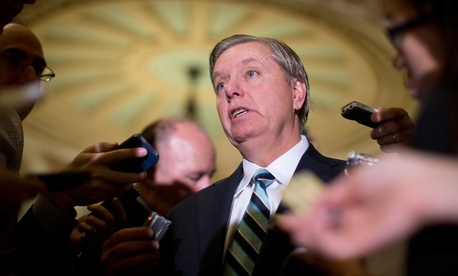