Sequestration and the Pentagon’s ‘Two Budgets’

Defense Secretary Chuck Hagel takes at seat at the Pentagon after briefing reporters on his department’s proposal to shrink the Army to its smallest size in more than six decades, Monday, Feb. 24, 2014.

Sequestration is forcing the Defense Department to “literally build two budgets” and, if the automatic cuts are continued, will damage the quality of U.S. weapons systems and deter innovation, a top Pentagon acquisition official said on Wednesday.

Elana Broitman, deputy assistant Defense secretary for manufacturing and industrial base policy, said, “The sequester cuts are tied to no long-term plan, and, though it’s a truism in the marketplace, we are concerned about [having] enough competition with fewer entities around to fund innovation.”

Broitman spoke at a panel discussion at Arlington, Va.,’s Artisphere organized by Bloomberg Government, whose newly released annual study of the 200 top federal contractors noted that Defense Department contract spending is down by 15 percent. “We used to trim things we don’t need,” Broitman said, “now we’re choosing between two good things.” She also cited risks if the U.S. government does not invest in the industrial base and research and development, saying, “We can no longer guarantee for adversaries and allies that our products are the best.”

A former aide to Sen. Kirsten Gillibrand, D-N.Y., Broitman also expressed regret that Congress has rejected the Obama administration’s request for another round of the Base Closing and Realignment Commission. “There’s only so many costs we can swallow if we want our troops well trained,” she said. “We can’t afford every installation where they may be housed.”

Linda Hudson, the retired CEO of British-owned BAE Systems, who represented industry on the panel, agreed that “sequestration has given companies trouble dealing with the challenges of uncertainty, but the sky is not falling.” She noted the “bifurcation,” with large defense companies—whose healthy first-quarter earnings released this week pleased investors, she noted—“being somewhat prescient in taking smart steps” to diversify in the wake of budget cuts. “They reduced headcounts and cuts costs, but you can only cut so much and buy back so many shares,” Hudson said. “It’s not sustainable over the long haul.”

Many smaller tier 2 and tier 3 firms, by contrast, Hudson added, “don’t have the ability to focus and adjust and so will go away. Even the tier 1 companies are not far from a significant precipice.”

Hudson said the current drawdown differs from the post-Vietnam war and post-Cold War defense downsizing in that it is not a “collaboration” for the peace dividend that industry and government shared in those past eras. “Now we have reduction in defense spending not tied to any piece dividend I can see. The companies are saying they won’t invest their dollars in a vision they can’t see, and research and development is not happening.”

She differed from the Pentagon deputy on the question of competition, noting the Army’s decision last year to reduce the contractors producing the ground combat vehicle from two (her BAE and General Dynamics) down to one company, that has yet to be selected. “It’s hard to keep two in an environment where there’s only room for one,” she said. Congress is “the third leg of the stool” in maintaining the industrial base, Hudson said. “The isolationism in this country will trickle down to procurement.”

The shrinking defense budget “may be good, but where we’re headed is not clear,” Hudson added. “With the arbitrariness of the sequester’s cuts, we’re not working together as industrial base in national interest of the United States.” 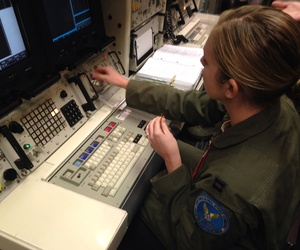 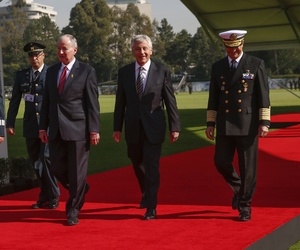 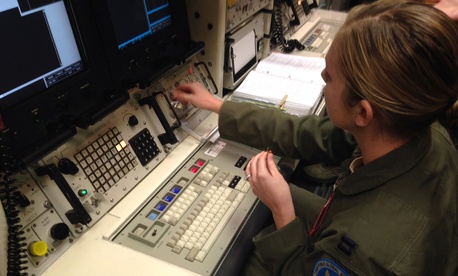 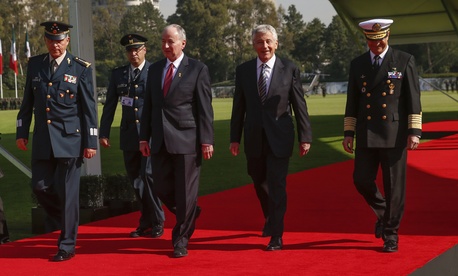