He’s served in Congress for over 15 years, held two cabinet posts and worked for Presidents George H.W. Bush and his son George W. Bush. He’s a deficit hawk who now supports gay marriage and believes the future of U.S. defense involves less boots on the ground and more intelligence. He made Mitt Romney’s short list for his running mate in 2012, has played a key role in the GOP’s bid to take back the Senate in 2014, and just won the Buckeye State the Republican National Convention in 2016.

The decibel levels around the 2016 elections are just beginning to rise, but Sen. Rob Portman of Ohio has been quietly positioning himself for years to become what may be the Republican Party’s best shot to take back the White House. His recipe for a GOP national security resurgence? Roosevelt, Reagan and a hint of Clinton.

As potential GOP picks use multiplying foreign policy crises under Obama to brandish their foreign policy credentials, Portman told Defense One’s Molly O’Toole that his party would do well to remember Teddy Roosevelt’s truism: Speak softly, but carry a big stick. Here are edited excerpts from the interview:

Defense One: What do you think is the best way forward as the situation in Iraq continues to unravel?

Portman: I, like all of my constituents, probably all Americans, am frustrated by what’s going on today in Iraq. I think that, what we’re seeing now is in large measure a result of the United States having pulled out precipitously and not having left a presence in the country. And I don’t mean leaving combat brigades, I mean having intelligence, trainers, special operators. I was the ranking member on the subcommittee on special ops in the pre-surge, so I did go to Iraq a couple times, and I just think that we blew it by not maintaining a presence there.

Religious minorities are being persecuted in the areas where [ISIL, Islamic State of Iraq and Syria] has gained control. There’s just horrendous stories. … That’s one problem, but it’s part of a larger context here of us losing control of conceivably the whole country and my big concern, of course, ultimately is that creates a platform for attacks against the West, including us, which we saw in Afghanistan back in 2000, 2001.

Defense One: The Pentagon has said in recent days that they are starting to develop a much clearer picture. Do you believe that air strikes are necessary? How far should the military involvement go?

Portman: Again, we’re not talking boots on the ground, we’re talking about the potential for some strategic airstrikes to protect Baghdad from falling and to begin to rally the Iraqi forces. The president has not been hesitant to use drones, except here, and I don’t know why. Some say, well, there’s not good targeting information. So we need to get good targeting information.

This debate over saying the Iraqis didn’t want us there — they actually wanted a larger contingent. The question was over whether there’d be sovereign immunity for our troops there … I think getting out was more of a political prerogative, or priority [for Obama], rather than based on the national security interests of the country.

Defense One: Is ISIL a national security threat to the United States?

Portman: I think with [ISIL] you have to take them at their word. And they say they’re a threat. You can read their own objectives: to create a caliphate in that area, not just in Iraq but in Syria and beyond — that’s why Israel is so nervous — and where you have Sharia law and you have the ability to create a platform to attack the West. I don’t think we should be naïve about it. 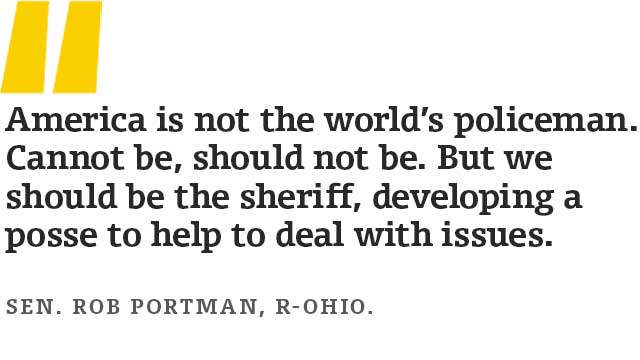 Defense One: People in both parties have said that the president is overeager to check the box of: ‘I got us out of Afghanistan,’ and may not be taking into account the situation on the ground there. Do you share those concerns?

Portman: We’ll see what happens with [Afghan President Hamid] Karzai’s successor, but both of them indicated they would like to have a presence there. And they want to work with us on some kind of agreement to ensure our troops aren’t subject to these potential litigations. So I think we’re in better shape there, probably. Given the disastrous results in Iraq hopefully we do keep a presence in the country – that’s intel, special ops, training. I’m not suggesting that we keep Camp Leatherneck or keep an ultimate presence at Bagram Air Base or any other major military footprint, but I do think we need to have a presence there to help the new government get on its feet and protect itself, and not to create this platform for attacks.

But I think [Obama’s] speech was taking us down the wrong path which is, again, making a political calculation, rather than a calculation based on the conditions on the ground. And establishing 2016 as the date by which all troops would be withdrawn just seems to me to be playing right into the hands of the extremists.

Defense One: You said going forward it’s not going to be boots on the ground anymore. What do you see as the future of how we’re going to conduct counterterrorism?

Portman: The U.S. needs to be in a leadership role. I believe we are the indispensable country. My Republican colleagues don’t like it when I say that because I guess Hillary Clinton said it once, but you know, it’s true. We are the sole superpower.

And the same is true of human rights. … The United States has always played the central role there, using political economic and sometimes military means to promote our interests as a country founded by people fleeing persecution. The same is true with democracy generally and establishing stability through people feeling invested in their country, and in terms of where we have to use military force, whether it’s to keep the sea lanes open in the Strait of Hormuz or the South China Sea.

And I’m very worried that our current administration views it as the U.S. is just another country that has to be careful not to impose itself.

America is not the world’s policeman. Cannot be, should not be. But we should be the sheriff, developing a posse to help to deal with issues. In every instance it would be a different group of countries that we work with, but our NATO alliance is key around the world, everywhere, and then in the Mideast, working with the Gulf States, the more moderate Arab states, is critical … But this not something Americans embrace. Maybe many Americans would just as soon not have this responsibility. But we don’t want to acquire land or be an empire or be hegemonic – that’s not our goal. Our goal is stability and peace. And that’s why we have to be engaged. And that’s why we’re well equipped to be the sole remaining super power. Because we don’t have a strong self-interest. 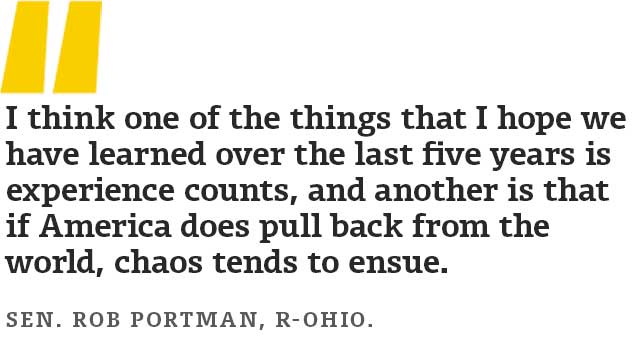 That’s the philosophy: that America is engaged but not alone, and diplomacy is a huge part of it.

Ukraine is a great example of what I’m talking about. It is outrageous to me that we have not provided the Ukrainian government with the support that they’ve asked for and need to defend themselves, lethal, defensive aid on the border and nonlethal aid that we’ve still not provided them. We just continue to sit back and allow not just President Putin and the Russians to see us as weak and not making good on even the commitments we’ve already given them … But what does the rest of the world think? I know having been in Poland recently and visiting our troops there what the Poles think. They’re very worried about the U.S. commitment.

My point is not that we just provide [Ukraine] weapons, there needs to be conditions about it; there needs to be proper training. Our military is really good at doing that. And having talked to a number of them, they’re really frustrated right now. They feel like their hands are tied, they feel like they’re not being given the latitude to be able to do what they do best, much better then politicians.

Defense One: There’s a debate going on right now in the American public and also in the Republican Party looking ahead to 2014, to 2016, between the [Kentucky Sen.] Rand Paul non-interventionist school and then the [Arizona Sen.] John McCains, and now, the [Florida Sen.] Marco Rubios and the [Texas Sen.] Ted Cruzes, who talk about a much more muscular role for the U.S. in the world. Looking forward, how do you define that policy? And any chance that you’re considering stepping into that void?

Portman: I’m planning to run for re-election in Ohio, and that’s what we’re preparing for. That’s my hope, is that I would have the chance to represent Ohio again here in the Senate.

Second, I’m focusing on 2014 right now, which, as you may know, I’m the national finance chair for the effort to take back the Republican majority … I think that’s important for the country right now. But third, if after that is over – which is going to be in 96 days, four hours, three minutes, and thirteen seconds, it’s a lot of work – I’ll see. I’ll see who’s running and whether they are talking about these issues, and you know, frankly, whether I think they can win.

I think one of the things that I hope we have learned over the last five years is experience counts, and another is that if America does pull back from the world, chaos tends to ensue … The world is in turmoil right now. There are thousands of people dying in Gaza, there’s the chance of the first regional conflict in Europe since the second World War, in Ukraine, Crimea was just annexed, and of course what’s going on in Asia with regard to Japan and China positioning themselves for potential conflict – I mean, this is unthinkable, much less what’s going on on our own southern border. 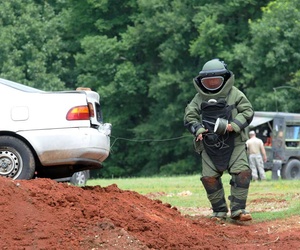 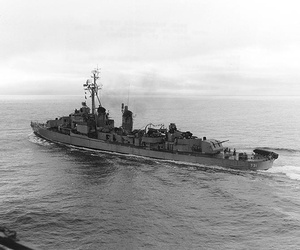 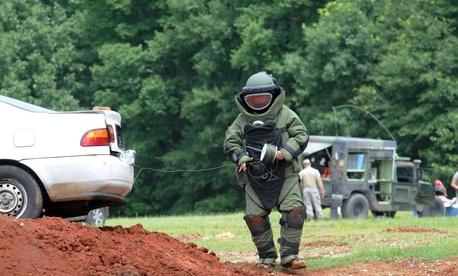 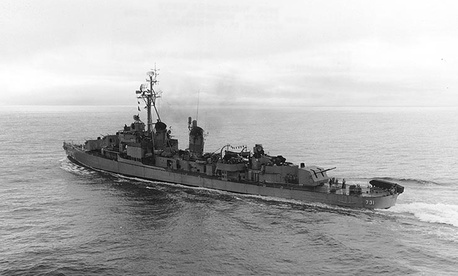