Congress is unlikely to vote on authorization for broad war powers in Iraq and Syria ahead of the midterms, but the deepening debate could shape U.S. policy for years to come. By Molly O’Toole

Congress returned to Washington on Monday to face the myriad foreign policy and national security challenges that stacked up during the August recess. At the top of the pile is a possible plan for a U.S.-led campaign against the Islamic State that would undoubtedly extend beyond the borders of Iraq and possibly into the next administration.

Congress has just 12 working days left until the November midterm elections, and there’s still the matter of passing a continuing resolution to keep the government funded past Sept. 30.

On Wednesday, Obama will present his plan for combating the Islamic State to the American people in a televised address. In announcing the address on NBC’s “Meet the Press” on Sunday, the president said he does not intend to ask Congress for permission for “going on some offense,” but believes it is important for the public and Congress to have “buy-in” to the plan to defeat the Islamic State.

“I’m confident that I have the authorization that I need to protect the American people,” he said. “But I do think it’s important for Congress to understand what the plan is, to have buy-in, to debate it, and that’s why we’ve been consulting with Congress throughout.”

On Thursday, the 13th anniversary of the Sept. 11 attacks, House Armed Services Chairman Buck McKeon, R-Calif., plans to introduce what has been billed as a new strategy to defeat the Islamic State at the American Enterprise Institute.

The Senate Armed Services Committee is holding a hearing next Tuesday on “U.S. policy towards Iraq and Syria and the threat posed by the Islamic State of Iraq and the Levant,” with Defense Secretary Chuck Hagel and Joint Chiefs Chairman Gen. Martin Dempsey testifying. That same day, Secretary of State John Kerry will testify before the House Foreign Affairs Committee during a “Hearing to Press Obama Administration for ISIS Strategy.”

Several lawmakers have pledged to introduce legislation upon their return on the authorization for the use of force against the Islamic State. These would join five other measures, already introduced, that seek to address the president’s war powers authority. Rep. Frank Wolf, R-Va., said he’d introduce a measure to authorize force against the Islamic State and other terrorist organizations, and also companion legislation to a bill introduced in January to reform the War Powers Resolution. He introduced his legislation for an Authorization of the Use of Military Force, or AUMF, and his companion legislation to the War Powers Consultation Act, on Monday.

“For far too long the Obama administration and the Congress have been debating whether or not authority exists for action to address this threat,” Wolf said. “We cannot continue operating on outdated authorities passed 13 years ago.”

Sen. Bill Nelson, D-Fla., filed a joint resolution Monday that would provide authorization for the use of force against the Islamic State in Iraq and Syria, with the flexibility to allow for American boots on the ground but not “a recurring military presence in the implying of an American Army.” He said he believes the president already has the authority, but that his resolution would clearly resolve the disagreement about legalities of such action.

“I describe [the Islamic State] as a snake,” Nelson said on the Senate floor on Monday. “If the head of the snake is in Syria, which it is, a lot of their organization, a lot of their leadership is there, then we ought to go after the snake where the head is. And decapitate the snake.”

Sen. Jim Inhofe, R-Okla., the ranking member of the Senate Armed Services Committee, also introduced a resolution Monday for a new AUMF, specifically against the Islamic State. The resolution would allow the president “to use all necessary and appropriate force to protect and defend national security of the United States against the threat posed by [the Islamic State] and any successor terrorist organizations,” Inhofe said. The president “perhaps” has that authority currently, he said, “but we have got to take away the doubt that’s out there.”

More than 100 members of Congress, from both chambers and both parties, Boehner included, have demanded that the president seek authorization from Congress. Others, including Senate Armed Services Committee Chairman Carl Levin, D-Mich., and Sens. Marco Rubio, R-Fla., and John McCain, R-Ariz., are in rare agreement with each other and the president that he doesn’t need congressional permission, but they also argue he should present a strategy to Congress and the American people to garner full support.

But for all the briefings and meetings and strong statements on using the Islamic State threat as an opportunity to reform the Bush-era laws that still guide the president’s use of U.S. military force, lawmakers and aides don’t expect—or necessarily want—a vote. 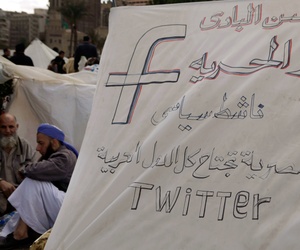 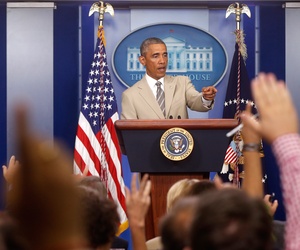 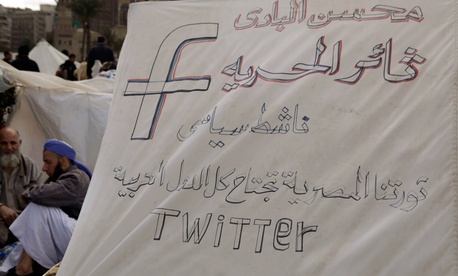 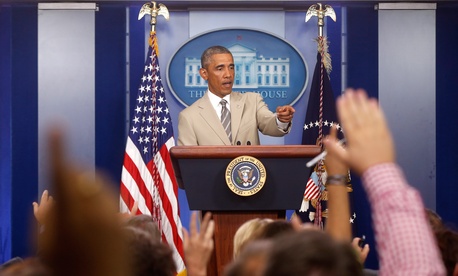