This photo provided by the anti-government activist group Aleppo Media Center, which has been authenticated based on its contents and other AP reporting, shows Free Syrian Army fighters in the town of Sheikh Najjar, in Aleppo, Syria, June 10, 2014.

In its last pre-election move, Congress sends the president a bill to arm and train properly vetted members of the Syrian opposition. By Michael Catalini and Sarah Mimms

There was no banner reading “Mission Accomplished,” but Congress completed its last preelection task Thursday as the Senate voted to send President Obama a stopgap spending bill coupled with an authorization to arm and train Syrian rebels for combat against the Islamic State.

And then senators joined the House in leaving town so lawmakers could campaign for their seats ahead of the November election.

The Senate voted 78-22, with 12 Republicans and 10 members of the Democratic Caucus voting against the package.

Soon after Senate passage, Obama spoke from the White House to praise “a majority of Democrats and a majority of Republicans” who “have now voted to support an element of our strategy” against ISIS.

Obama also thanked Capitol Hill leaders “for the speed and seriousness with which they approached this issue” and said such bipartisanship was “the hallmark of American foreign policy at its best.”

The “no” votes on the bill included some of the chamber’s most liberal Democrats and conservative Republicans.

Of the Democrats facing the toughest reelection races this fall, Sen. Mark Begich of Alaska was the only member to join Republicans in voting down the bill, citing concerns that the armed rebels could turn against U.S. interests. Begich said there were “plenty of votes” to avoid a shutdown and this his “nay” was in part a protest over the lack of debate concerning the Syria measure.

Sens. Kay Hagan of North Carolina, Mary Landrieu of Louisiana, Mark Pryor of Arkansas, and Jeanne Shaheen of New Hampshire, who are also facing strong opposition for reelection, all voted in favor of the package.

But not before they cast votes in a rebuke of the president, joining Republicans in favor of a procedural vote that Sens. Jeff Sessions of Alabama and Ted Cruz of Texas called for as an implicit vote to halt the administration from taking executive action to aid child immigrants later this year. The amendment failed to clear the 51 votes it needed to carry.

As for the Republicans facing difficult 2014 campaigns, Sen. Pat Roberts of Kansas voted against the continuing resolution and Syria authorization package, while Senate Minority Leader Mitch McConnell voted with the majority in favor of the bill.

The CR, which was necessary because Congress failed to agree on any appropriations measures for fiscal 2015, keeps government running at its current $1.012 trillion annual funding level through Dec. 11. The legislation also sunsets the military authorization on the same date.

That legislation allows the White House to train rebels, who officials say will be “vetted,” and amounts to a win for the administration, which dispatched Secretary of State John Kerry and Joint Chiefs of Staff Chairman Martin Dempsey to convince lawmakers that they should back the president’s plan.

The administration may be getting what it wants for now, but it will have to persuade lawmakers again in December. Training the rebels could take up to eight months, Dempsey told senators this week. So it seems certain the president would need Congress’s help again.

Whether he gets that support is uncertain, and there are other wrinkles.

Key Senate Democrats support a broader authorization for the use of military force, but so far it’s unclear if the White House wants the same thing. Obama has said he would engage Congress on this issue and wants to repeal the 12-year-old AUMF in May 2013.

Assistant Majority Leader Dick Durbin of Illinois, a key Obama ally in the Senate, said the chamber will take up the issue.

Armed Services Committee Chairman Carl Levin of Michigan, who’s retiring at the end of the year, suggested this week that another authorization could be added to the defense authorization bill, which Congress must take up when it returns in November. Or, Levin said, lawmakers could pass a new authorization for the use of military force to replace the now 12-year-old measure passed under the George W. Bush administration and aimed at Iraq. Senate Foreign Relations Committee chairman Bob Menendez, D-N.J., said last week that his panel would begin composing such an authorization.

Thursday’s vote came on a day in part overshadowed by the direct and emotional plea for military and nonmilitary aid for Ukraine delivered by that country’s president, Petro Poroshenko, to a rare joint session of Congress. Poroshenko called on Congress to equip Ukraine as it fights Russian influence in the eastern part of his country.

The Senate Foreign Relations Committee unanimously passed legislation later Thursday authorizing $350 million in new spending to pay for lethal and nonlethal aid to Ukraine, even as the White House reiterated that it will not provide lethal assistance to the county.

Still, Menendez and Sen. Bob Corker, the ranking Republican on the committee, insisted that Poroshenko’s speech and what appears to be bipartisan, bicameral support for that aid could force the administration to rethink its position.

“I always believe that when you have the type of vote we had in the committee and I think the type of vote we would have in Congress as a whole, that that may change the calculus of the administration,” Menendez said. “And I certainly hope it will.”

Several Democrats and Republicans in the Senate said the aid package could be a part of the chamber’s lame-duck agenda.

Congress will return Nov. 12 for leadership elections, new-member orientation, and a lame-duck session that includes a number of must-pass bills. Majority Leader Harry Reid said Thursday he plans to bring up marketplace-fairness legislation, which deals with Internet businesses and sales taxes, but he also listed tax extenders, the National Defense Authorization Act, and nominations as items on his postelection agenda.

Congress will have to agree to a new funding mechanism to keep the government’s doors open past Dec. 11, in addition to renewing the terrorism risk-insurance program, the defense authorization, and tax extenders, all before members break for the holiday season.

It’s a tight schedule complicated by the fact that Republicans could very well take over the chamber after the November elections, potentially blunting any Democratic wishes in the Senate. Republicans need to pick up a net of six seats, and are facing just the electoral conditions to make that happen.

Lawmakers are reluctant to game out how a majority change could affect the lame duck, but they say such a switch in control would carry implications for the brief work period. 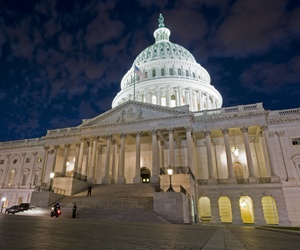 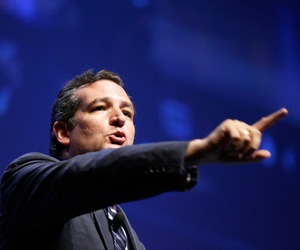 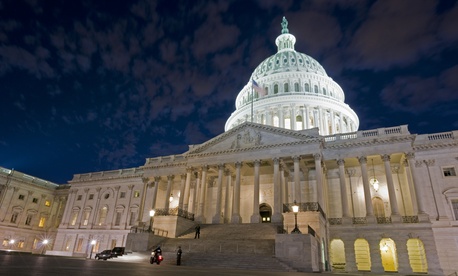 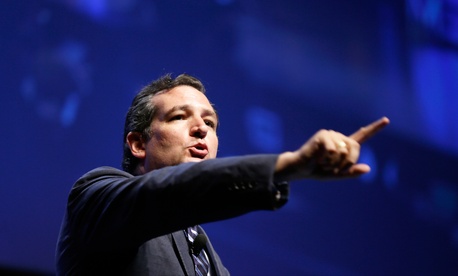