Rep. Justin Amash, R-Mich., speaks to reporters about a bill that would have curbed the NSA's authorities, on July 24, 2013.

Before May, the new Congress must choose between endorsing or ending NSA spying on the phone calls of virtually every American. By Conor Friedersdorf

The Patriot Act substantially expires in May 2015.

When the new Congress takes up its reauthorization, mere months after convening, members will be forced to decide what to do about Section 215 of the law, the provision cited by the NSA to justify logging most every telephone call made by Americans.

With Republicans controlling both the Senate and the House, the GOP faces a stark choice. Is a party that purports to favor constitutional conservatism and limited government going to ratify mass surveillance that makes a mockery of the Fourth Amendment? Will Mitch McConnell endorse a policy wherein the Obama administration logs and stores every telephone number dialed or received by Roger Ailes of Fox News, Wayne LaPierre of the NRA, the Koch brothers, the head of every pro-life organization in America, and every member of the Tea Party? Is the GOP House going to sacrifice the privacy of all its constituents to NSA spying that embodies the generalized warrants so abhorrent to the founders?

The issue divides elected Republicans. Senator Rand Paul and Representative Justin Amash are among those wary of tracking the phone calls of millions of innocent people. Senator Richard Burrfavors doing it. Republicans pondering a run for president in 2016 will be trying to figure out how mass surveillance will play in that campaign.

Many would rather not take any stand before May, as if governing—the very job citizens are paying them to do—is some sort of trap. But their preferences don’t matter. This fight is unavoidable.

Nor is it the only one that touches on surveillance. The dubiously named USA Freedom Act began as an effort to reform the NSA and has since been weakened. The NSA and FBI engages in lots of questionable surveillance besides the phone dragnet. Republicans will now run the Senate and House intelligence committees.

Rather than urging the GOP to avoid “the governing trap,” National Review and other outlets purportedly dedicated to constitutional conservatism ought to be demanding that Republicans use their newfound power to rein in our surveillance bureaucracy, since anyone with a healthy mistrust of government should see how easily its staggering power, exercised in secret, could be ruinous to liberty. A limited-government movement that does not demand oversight and reform now that its party has regained power is a farce. To endorse the national surveillance bureaucracy as it now stands is tantamount to declaring oneself a trusting statist.

And opposing it would be a populist victory that puts Republicans in a position to truthfully brag about fighting to save core liberties from Barack Obama, Joe Biden, Hillary Clinton, and every other prominent Democratic apologist for the NSA.

“When you phone your obstetrician, the Democratic nominee believes that call should be recorded and stored in a government database. I believe it should be private.” Don’t Republicans see the appeal of a nominee who could run that commercial?

The GOP is at a crossroads. It could easily go on as a party that dismisses affronts to individual liberty so long as they’re carried out in the name of counterterrorism. But enough Republicans are uncomfortable with that approach (among both elites and the grassroots) that a major change of course is possible. What’s most important for the public to know, as events unfold in Congress, is that anyone who claims to be seriously concerned about NSA surveillance but favors no reform save the USA Freedom Act, is ignorant, lying, or both. It is imperative to deny them credit as surveillance reformers—and even more important to reward any legislator of either party if they help, against long odds, to wrest back our core right to privacy from an abusive state. 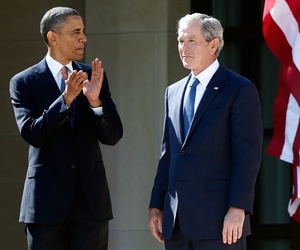 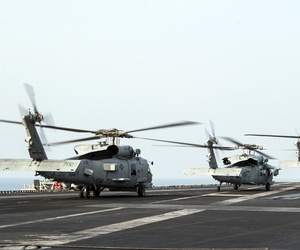 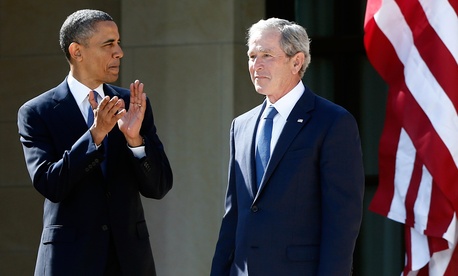 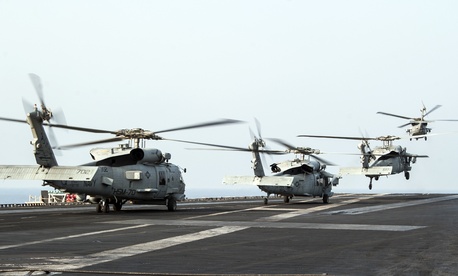