President Obama speaks to reporters during a news conference in the East Room of the White House, on November 5, 2014.

After insisting for months he had sufficient authority to fight ISIS, Obama on Wednesday announced he will ask Congress for a new AUMF. By Molly O’Toole

President Obama will ask Congress for new war power authorities to fight the Islamic State, he announced on Wednesday, following months in which his administration insisted he already had sufficient authority to fight the terrorist group as commander-in-chief.

“I will begin engaging Congress over a new authorization for military force against ISIL,” Obama said in a White House press briefing, referring to the Islamic State in Iraq and the Levant.

The U.S. currently has more than 1,400 service members in Iraq for Operation Inherent Resolve, the Pentagon’s military operation against the Islamic State group. The operation costs an average of more than $8 million per day, for a total cost of roughly $580 million since U.S. air attacks against the group began in Iraq on Aug. 8.

At the time, when Obama announced air strikes, the administration stated he was relying on his authority as commander in chief. In announcing his strategy to “degrade and ultimately destroy” the Islamic State in September, Obama said, “I’m confident that I have the authorization that I need to protect the American people.” But as the operation against the Islamic State expanded, the administration then said it was relying on the 2001 AUMF, as well as the 2002 AUMF, both over a decade old.

You don’t wait for the president to write it, Congress writes it.
House Minority Leader Nancy Pelosi

Former President George W. Bush and Obama have used the sweeping 2001 AUMF, passed overwhelmingly by Congress in the uncertain days after the 9/11 attacks, to fight terrorist groups across the globe. Critics argue that legislation was primarily intended to authorize combat operations in Afghanistan, which officially end in December. The 2002 AUMF authorized the Iraq War from 2003-2011. Neither included any expiration date, and the administration had previously stated it would work with Congress to repeal the laws.

Now that the U.S. military operation against the Islamic State has expanded into Syria, a number of lawmakers have said the president should come before Congress for authorization, with several introducing their own resolutions for a new AUMF in the absence of that ask from the administration.

In early October, House Minority Leader Nancy Pelosi, D-Calif., said lawmakers should take up a new AUMF as soon as they return to Washington on Nov. 12, and that they should not wait for the president to ask.

“You don’t wait for the president to write it,” she said, “Congress writes it.”

But House Speaker John Boehner, R-Ohio, told The New York Times while he thought Congress should address a new authorization specific to the Islamic State, it should not be done in the lame duck. “Doing this with a whole group of members who are on their way out the door, I don’t think that is the right way to handle this,” he said.

It is what our Constitution demands and what our service members deserve.
Sen. Tim Kaine, D-Va.

On Wednesday, Rep. Adam Schiff, D-Calif., a vocal advocate of repealing the prior AUMFs, wrote Boehner a letter asking him to schedule a debate and vote on a new AUMF when Congress returns.

“I believe that the threat to core American foreign policy interests and our national security from ISIL is sufficient to warrant military force as an element of a multifaceted campaign,” Schiff wrote. “But, I also believe that no President has the power to commit the nation’s sons and daughters to war without authorization from Congress. This is not a decision that can or should wait until 2015.”

Sen. Tim Kaine, D-Va., an early Obama supporter who has been critical of the president on the AUMF, said in a statement, “I look forward to an open debate and vote on the floor – it is what our Constitution demands and what our service members deserve.”

Sen. Robert Menendez, D-N.J., chairman of the Senate Foreign Relations Committee, which has primary jurisdiction over authorization for the use of military force, has been working on a draft for a new AUMF. He said in a statement later Wednesday he will initiate the process as soon as Congress returns.

The idea is to right-size and update whatever authorization Congress provides to suit the current fight, rather than previous fights.
President Barack Obama

“We will work at once with the President to draft a tailored AUMF, providing the additional authority required to continue operations to defeat, dismantle, and degrade the ISIL threat,” he said. “In September, before the Senate recess began, I made clear my view that a new AUMF would be necessary and believe that any prolonged military campaign requires a new congressionally-approved AUMF.”

Obama said a group of congressional leaders will come to the White House Friday to continue the discussions of the AUMF, and U.S. Central Command’s Gen. Lloyd Austin, who is directing the fight against the Islamic State, will brief the lawmakers on the status of the operation.

“The idea is to right-size and update whatever authorization Congress provides to suit the current fight, rather than previous fights,” Obama said Wednesday.

“In 2001, after the heartbreaking tragedy of 9-11, we had a very specific set of missions that we had to conduct … With respect to Iraq, there was a very specific AUMF,” he said. “We now have a different type of enemy. The strategy is different,” he continued, noting the U.S. cooperation with an international coalition. “That has to be structured differently.”

“So it makes sense for us to make sure that the authorization from Congress reflects not just our strategy over the next two or three months, but our strategy going forward,” he said.

Obama indicated that the shaping of a new AUMF would occur in the lame duck, but could very well carry into the next Congress. But, he said, “I’m confident we’re gonna be able to get that done.” 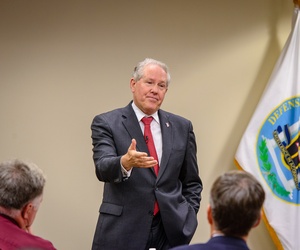 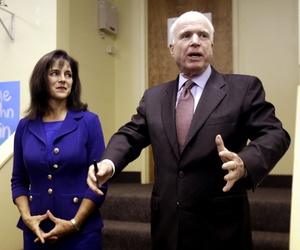 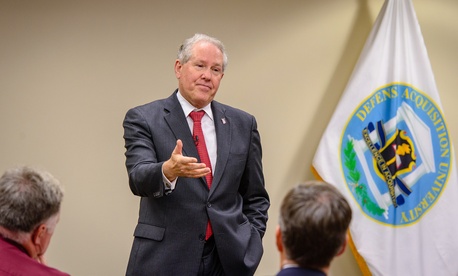 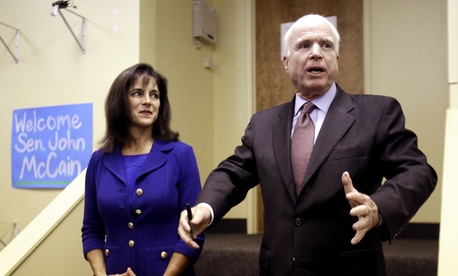