OSD via Erin a Kirk-Cuomo

Defense Secretary Chuck Hagel walks with then Egyptian Minister of Defense Abdel Fattah al-Sisi during a visit to Cairo, on April 24, 2013.

Too much mistrust has built up between Washington and Cairo for the partnership to return to business as usual. By Bernard Gwertzman

Last week former President Hosni Mubarak was cleared of murder charges and other crimes he was convicted of in 2012, but he’s still in custody. His sons have also been cleared. Do you have a sense of what this all means?

There has been ongoing drama associated with the Mubarak trials. He was previously convicted on corruption and murder charges. In an earlier trial, police officials were cleared of charges related to the killing of protesters during the January 25, [2011], uprising, which led the way to this appeal.

He remains guilty of corruption, which carries a sentence of about three years. But given the direction of politics and the way the judiciary has ruled in these cases, and based on his age and time already served, it’s quite likely that sometime in the near future we’ll see Hosni Mubarak released from prison.

As far as his sons, Gamal and Alaa, my assumption is that they’re likely to remain behind bars somewhat longer than their father. It doesn’t  mean much in terms of the political trajectory of Egypt. The judiciary has been one of the leading forces in rolling back the January 25 uprising and restoring some version of the old political order under the new president, Abdel Fattah el-Sisi.

What is the political situation in Egypt now? Is it a dictatorship?

It depends on whom you talk to. If you speak to supporters of the regime or people within the government, they would say there’s been a tremendous amount of progress since July 3, 2013, which they insist was not a coup d’état but merely the military responding to the will of the people on the Egyptian streets. They will tell you that the new constitution has been written, a new president has been elected, and in early 2015, there will be a new parliament. [They will also say that] if you look at the constitution, it is a freer and fairer document than previous Egyptian constitutions.

If you speak to opponents of the regime, they will tell you, I think quite rightly, that Egypt is a profoundly repressive place right now, that there are tens of thousands of people in prison, that there is severe pressure on journalists, and that there is an unprecedented amount of violence applied not just against what the regime calls terrorists—they do have a problem with terrorism—but in fact against peaceful advocates of democratic political change.

It is clear the government is seeking to make changes to the institutions of the Egyptian political system to make it much harder for something like the January 25 uprising to ever happen again. From their perspective, even though they talk about defending the principles of the revolution, what has happened over the course of the last, almost four years has been an aberration, and it shouldn’t happen again.

The relationship is difficult. Because the United States has placed a lot of emphasis on human rights and democracy, the Egyptian military—the Egyptian leadership—is mistrustful of Washington and its intentions. There’s one particular narrative in Egypt that the United States is supportive of the Muslim Brotherhood.

We’re in a difficult period with Egypt. We have held up the delivery of weapons systems a way of warning the Egyptians that they should uphold their commitments to their revolutionary principles and forge a more democratic society. But there are some people in the Obama administration and in the U.S. military and intelligence community who think that perhaps it’s time to go back to business as usual. We’re fighting ISIS; Egypt is confronting a nasty insurgency in the Sinai; there’s a [growing] problem for Egyptians in the desert on the border with Libya.

Egypt is, whatever its political problems and reversals of hope, still strategically important to the United States. The Egyptians would love for the United States to resume good relations, but by and large, the Obama administration is ambivalent.

You might have to wait for a new U.S. president?

Yes, I think that’s the case, but the long-term trajectory is likely to be one where there’s more distance between the United States and Egypt. This is something that probably would have happened whether there had been an uprising and Mubarak had fallen or not. There’s too much tension in the relationship, too much mistrust, for there to be the kind of tight strategic alignment there had been.

The height of U.S.-Egypt strategic alignment was in 1990 and 1991, when Hosni Mubarak dispatched thirty-five thousand  troops to Kuwait to take part in Operation Desert Shield, and then Desert Storm, against Saddam Hussein’s occupying forces. After that, there were obviously things that President Mubarak and his people did behind the scenes for the United States, certainly in providing logistics for the United States in Iraq and Afghanistan. But that kind of public display of close cooperation is certainly something of the past. The [George W.] Bush administration’s Freedom Agenda injected a lot of mistrust into the relationship in the 2000s, and that has carried over into post-Mubarak politics in Egypt.

How does the United States fit into Egypt’s thinking now?

There seems to be a strategic consensus among Egypt, Israel, the United Arab Emirates, Saudi Arabia, and Kuwait that the United States is not part of because Washington has different views of Iran and has supported, at least rhetorically, democratic change in the region, which all those countries view dimly. Part of that has produced a change in the U.S.-Egypt relationship: Egyptians can look at our aid package, which amounts to about $1.5 billion, a very small amount in comparison to the estimated $20 billion to $25 billion the Saudis, Emiratis,  Kuwaitis have committed since the July 3, 2013, coup.

What was Egypt’s role in the cease-fire negotiations between Hamas and Israel last summer?

Egypt certainly positioned itself as a broker between the Israelis and Hamas, but in fact Egypt essentially enabled the Israelis to continue their operations against Hamas until it became politically untenable for the Israelis. The Egyptians say that they offered cease-fire terms right away, but they were terms that were clearly not going to be accepted by Hamas.

Secretary of State John Kerry’s efforts in Paris to bring the hostilities to an end left the Egyptians and the Palestinian Authority out of the talks. It was a meeting of Europeans, Qataris, and Turks. This was significant because the Egyptians saw it as a snub. To them, the United States was asking countries that Cairo deems hostile, Turkey and Qatar, to negotiate the security of Egypt’s border with Gaza. So the Egyptians and the Israelis worked quite hard to make sure that that the negotiations in Paris didn’t work. Egypt was certainly a party to the conflict in that it identified Hamas and the Muslim Brotherhood as terrorists and it wanted to see Israeli operations do a significant amount of damage to Hamas. 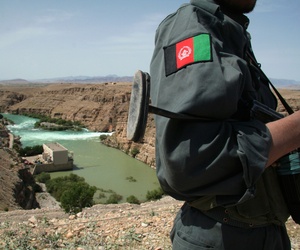 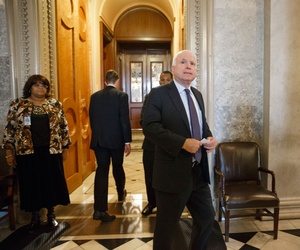 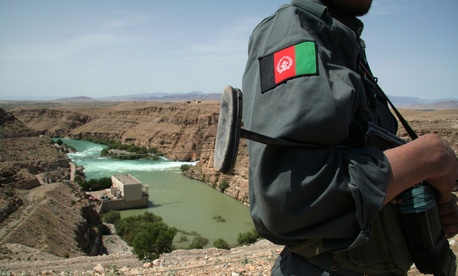 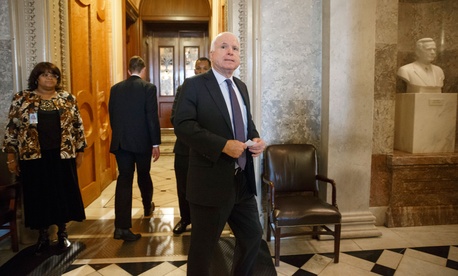