Thursday’s recommendations to overhaul military personnel system will set the stage for scrutiny on an outdated system.

Overhauling the U.S. military’s compensation system is a little like reforming the U.S. tax code: most agree it has to be done, but there’s neither agreement over how to do it nor a profusion of political will to get it done.

Indeed, few experts think that the list of 15 recommendations contained in a report due to be released Thursday will ever be executed. But there’s also consensus that it will begin a much-needed debate about how to update a multi-billion dollar military compensation system that hasn’t seen significant change in decades.

The Military Compensation and Retirement Modernization Commission will propose significant changes to the military’s generous 20-years-or-nothing retirement system to include a plan that is more akin to a civilian 401k-like retirement plan. The commission is not expected to recommend any changes to the retirement plan that would affect service members serving currently. But the panel will also recommend tweaks to the massive military healthcare system, seen by some as too expensive and inefficient, and that could affect troops in uniform today. The recommendations are based from input provided by tens of thousands of troops in a survey taken last year.

For each of the three parties in the debate, from lawmakers to the powerful veterans lobby to service members themselves, there’s broad agreement about the need for reform. But it’s a question of how to do it fairly while not undermining what’s called the all-volunteer force.

Many lawmakers recognize that personnel expenditures account for too much of the military’s massive budget – for the Marine Corps, for example, such costs account for roughly 60 percent of its budget. Defense officials have long said that that kind of allocation is unsustainable, elbowing the ability of the services to maintain readiness and operational flexibility. Still, no lawmaker wants to fiddle with the personnel system in a way that could be seen as removing benefits from American troops.

Sen. John McCain, the Republican from Arizona who now leads the Senate Armed Services Committee that will take up the recommendations, has said that reform of the military compensation system is unavoidable and that improvements may actually attract more people into the military, not drive others out. And Sen. Lindsey Graham, R-S.C., the chair of the Armed Services Committee’s personnel subcommittee, acknowledged that reform is warranted. “I think it’s an absolute necessity that we reform pay and compensation,” he said, noting that that troops still need “a generous but sustainable package.”

The veteran community, to include veterans’ service organizations and other groups who are most likely to resist many reforms, say the system should be made as efficient as possible before making any cuts.

Still, the writing may be on the wall. Norbert Ryan, the retired Navy three-star admiral who heads the Military Officers Association of America, said his organization will be open to changing the system as long as the reform debate follows the “process” that was established for it – to include proper vetting of ideas, public hearings and input from everyone affected.

In the end, Ryan told Defense One, any reforms must keep the military able to recruit the best and brightest.

“We’re looking for something that is responsible, something that will sustain the benefit, but it’s all under the crucible to make sure we can keep people coming in,” he said.

The Navy’s top personnel officer has been one of the most vocal about the need to examine personnel issues across the military but Vice Adm. Bill Moran, the Chief of Naval Personnel, wants a wide-ranging review on the personnel system.

“Regardless of the ultimate outcome, I’m hopeful that the commission’s effort challenges those of us in leadership to look at the future differently, and to more thoughtfully consider the needs of our future force,” Moran said in a statement to Defense One. “I believe that the debate must advance beyond pay and compensation to consider how we manage people writ large.”

Moran said sailors and Marines tell him they want a “more modern system” with more choices and flexibility based more on merit. Many service members lament the “wait-your-turn” promotion system based more on numbers – time in service, for example – and less on merit.

For years, the White House and Pentagon have sought entitlement reforms in order to slow the swelling costs from personnel and grant some relief from sequestration spending caps — which officials argue are working in combination to impact military readiness in the immediate and strategic investments in the long run.

The commission is led by Alphonso Maldon, a former Army officer who last served in the Pentagon as assistant secretary of Defense for Force Management and Policy in 2001. Other members include Dov Zaheim, Edmund Giambastiani, Peter Chiarelli, Robert Kerry, Christopher Carney, Michael Higgins, Stephen Buyer and Larry Pressler.

Many believe the commission’s findings will give lawmakers the political cover they need to agree to reforms.

“I think there actually are a fair number of members of Congress now who are starting to come to the realization if they are actually serious about keeping faith with troops, it’s not just about pay and benefits,” said Todd Harrison, an analyst at the Center for Strategic and Budgetary Assessments, a think tank in Washington, D.C. “Yes, you need to compensate them fairly, but we owe it to our troops to make sure they have the proper training, the best equipment in the world, so when we want them to fight in the future, they can be successful.”

One of the fundamental struggles with reforming military compensation is how to recognize the sacrifice inherent to military service for members and their families but to make it sustainable. Critics of the current system believe that in some cases the benefits can be overly generous: service members generally pay a small fraction of what civilians pay for healthcare, for example. And indeed, healthcare costs inside the military are where some of the biggest cost-savings can be achieved. They are also the most controversial, since both active-duty and retirees draw from the system and enjoy fee caps Congress established even as healthcare costs rise dramatically.

Rep. Mac Thornberry, R-Texas, the chair of the House Armed Services Committee, said he met with the commissioners, but emphasized that the commission would be giving recommendations to Congress, not directives.

“I don’t think necessarily we ought to have to look at it as an all or nothing proposition,” he said.

While Thornberry is concerned about morale and retention, he also called reform “art, not science.”

“Stability of funding, readiness levels, faith in the command structure — there’s all sorts of intangibles and tangibles that relate to whether people want to get in or stay,” he said. 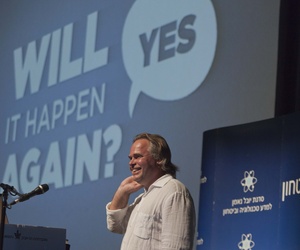 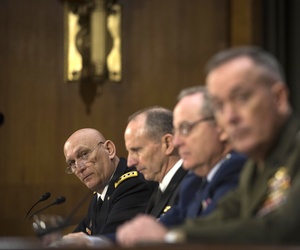 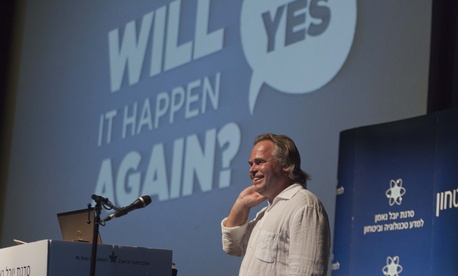 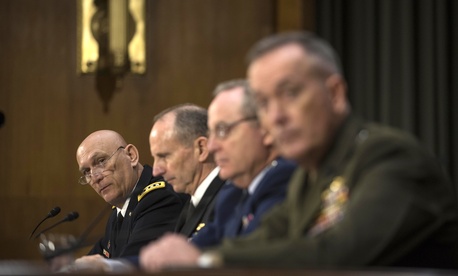