The Republican senator is national security outlier in his party, and that could come back to haunt him in 2016.​

For months, Sen. Rand Paul has been calling on Congress to step up, do its job, and debate a resolution to give President Obama official authorization to defeat ISIS.

“I believe the President must come to Congress to begin a war and that Congress has a duty to act. Right now, this war is illegal until Congress acts pursuant to the Constitution and authorizes it,” Paul said in a December statement.

Now that Obama has sent a formal resolution to Congress for review, Paul’s about to get his wish as Senate Republicans prepare for hearings and briefings to determine the best way to defeat Islamic State fighters abroad. There is only one problem: a long and contentious foreign policy debate on the floor of the U.S. Senate could force Paul to once again be on record ahead of 2016 at odds with many in his own party.

Paul dodged a question Wednesday on whether he would support the president’s Authorization for Use of Military Force. National Journal reporters caught him in Capitol hallways, but he maintained he had other business to attend to.

“I don’t have time right now, thanks,” Paul said outside of the Senate chamber on Wednesday.

During an appearance on Fox News Wednesday morning, Paul danced around another question on whether he would support the president’s three-year AUMF, which would limit the deployment of U.S. ground troops and leave the 2001 AUMF to defeat al-Qaeda in place.

“The only way this battle ultimately is won is with troops on the ground, but they need to be Arab troops,” Paul said without directly answering the question. “The president’s strategy so far is not working.”

(Related: Obama’s ISIS War Powers Request Has Few Limits on Who, Where, How)

When preparing to run for president, it’s not uncommon for politicians to carefully skim the edges of contentious debates.

“Rand is admittingly and actively running for president. He is on all the shows,” said Sen. Jim Inhofe, R-Okla. “I have no way of getting into his head and knowing what his strategy is, but perhaps that might be influencing him.”

If Paul really wants to avoid answering questions about the Obama administration’s resolution, he’s got his work cut out for him. The three-page AUMF, after all, was only released publicly Wednesday morning. But as he considers a response, Paul must weigh appearing tough against ISIS with staying true to his more libertarian foreign policy principles.

While Sens. Marco Rubio and Lindsey Graham have called for a broader AUMF, and Sen. Ted Cruz has asserted the president’s AUMF is flawed, Paul’s past positions indicate he is more likely to take a different approach. During his Senate rise, Paul has wrestled with a path that allows him to appear engaged on foreign policy flashpoints while also giving him room to exercise the pragmatism he’s known for when weighing the limits of the U.S.’s ability to police the globe.

From drone strikes to arming Syrian rebels, Paul has been more cautious than some of his colleagues who look at U.S. intervention as the key to stability around the world.

“Intervention created this chaos,” Paul said on the Senate floor in September 2014 to explain why he was not supporting a plan to train and arm Syrian rebels against ISIS. “To those who wish unlimited intervention and boots on the ground everywhere, remember the smiling poses of politicians pontificating about so-called freedom fighters and heroes in Libya, in Syria, and in Iraq. Unaware that the so-called freedom fighters may well have been allied with kidnappers and are killers and jihadists.”

Paul’s reluctance to intervene overseas is not always that different a worldview from many Senate Democrats who struggled with the White House’s AUMF language Wednesday, which loosely restricts armed forces from “enduring offensive ground combat operations.” Many fear the language is too broad and open to interpretation to effectively stop the president from escalating the deployment of boots on the ground.

“He really is following his father’s lead, skeptical of these commitments made by the United States,” Sen. Dick Durbin, D-Ill., said of Paul Wednesday.

But Paul wouldn’t have much to win by being seen as a Democratic ally ahead of the already-bruising 2016 primary season. Instead, he has to reconcile being consistent with the reputation he’s already made for himself and simultaneously doing everything he can to carefully shed any parallels with Democrats.

One way Paul has attempted to walk that tightrope is to take opportunities to blame the crisis in the Middle East on likely Democratic presidential contender Hillary Clinton.

During his Fox News appearance Wednesday, Paul wouldn’t outline exactly where he stood on the AUMF, but he was happy to blame “Hillary Clinton’s war in Libya,” for the domino effect of unrest spreading across the Middle East.

But while Paul punted questions about the AUMF Wednesday, he’s been clearer in the past. He’s defended U.S. airstrikes against ISIS, telling The Daily Beast in January that he thought the airstrikes had diminished ISIS’s capabilities to fight.

Paul also introduced his own declaration of war against ISIS last December. In his resolution, Paul limited the deployment of ground forces to defeat ISIS to gathering intelligence, going after “high-value targets,” and rescuing “members of the United States Armed Forces or United States citizens from imminent danger.” He also would “sunset” the 2001 AUMF that has been used for more than a decade to give two presidents almost unlimited ability to go after enemies even loosely tied to the Sept. 11 attacks. And unlike past AUMFs that were passed without expiration dates, Paul required his own resolution be renewed after a single year.

As for Paul’s role in the broader Republican debate, Senate Armed Services Committee Chairman John McCain, R-Ariz., says “everyone has a place. I respect his views.”

“I have no idea what his plans are, but he’ll play a role, and obviously he is going to be running for president so he will play a role there too,” McCain said.

On issues as dire as national security, Graham, a Republican defense hawk and potential 2016 presidential competitor, said every senator has to find his or her position and then be confident enough to stand by it.

“I think any politician who is worried about polling on this issue has made a mistake,” Graham said. “I have always done well by listening to people who are smarter than I am on what to do on military matters … to suggest that you can do these operations in Iraq and Syria without some American ground capability that the region doesn’t possess is to discount the experts and be more worried about politics. I am still standing.”

The Senate is out next week on recess, but Paul will have plenty of time to find his role on the Senate Foreign Relations Committee and stake his claim as the debate begins. The only question now is whether Paul wants a major stake or whether it could be better politically to stay on the sidelines for the debate. 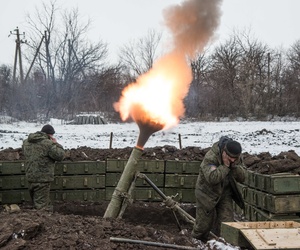 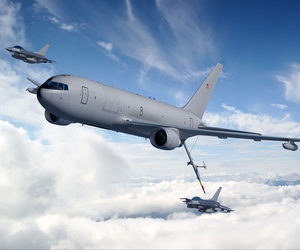 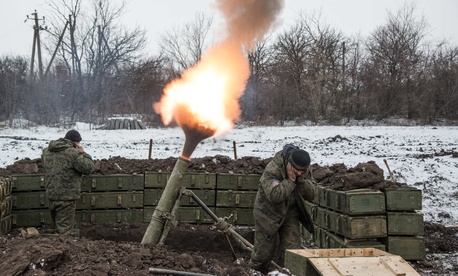 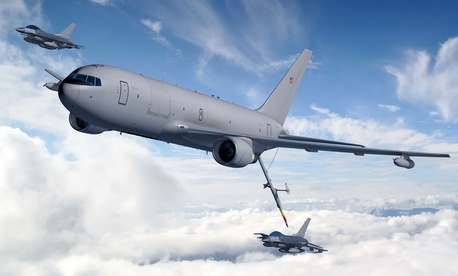