Let Netanyahu Make His Case, Then Consider Why He’s Wrong

The Israeli prime minister argues that 2015 is fundamentally similar to the world of 1938. Americans should hear him out, then pursue a more reasonable policy.

Here is a look at a big controversy of the past week, and of the week to come. Namely, the plans developed by House Speaker John Boehner, Israeli Ambassador Ron Dermer, and Prime Minister Benjamin Netanyahu for a Netanyahu speech before Congress on the need for further sanctions on Iran.

1. How unusual is this, really? Very unusual, and more than most discussion so far has emphasized. In fact, if there is any precedent for a foreign leader addressing a Joint Meeting of Congress with the obvious intention of criticizing the policy of the current U.S. administration, I haven’t come across it.

You can see a list of some major past addresses here. Many were honorific or celebratory, for instance Corazon Aquino as the first post-Marcos leader of the Philippines or Vaclav Havel after he became president of a free Czechoslovakia. One appearance that might theoretically have been contentious—Socialist President Francois Mitterrand of France appearing at a time of numerous U.S.-European frictions during the Reagan administration—in fact was harmonious and solidarity-supporting.

To come up with something like the Netanyahu event, you would have to imagine Nancy Pelosi and Harry Reid, after they had won full Democratic control of the Congress in 2006, inviting in a European leader who had opposed the Iraq war to scold George W. Bush over that war or his anti-terror policy. If Pelosi and Reid had dared do that, you know that the GOP leadership, Fox News, and the WSJ editorial page would have competed with Dick Cheney to see which of them could be most fervent in saying that this amounted to treason-in-time-of war.

Here’s another example: Imagine that the Democratic-controlled Congress of the early 1970s, under House Speaker Carl Albert and Senate Majority Leader Mike Mansfield, had invited Taiwan’s Chiang Kai-shek to give an address denouncing the Nixon administration’s opening to mainland China.

From the U.S. national point of view, it’s far more useful, realistic and clarifying to think ‘it might be 1971 again’ rather than ‘it’s probably 1938.’

Obviously that didn’t happen, and as best I can tell nothing quite like Netanyahu’s planned address ever has before.

2. Was the administration’s miffed reaction a surprise? In a news-making interview with TheAtlantic’s Jeffrey Goldberg, Ambassador Ron Dermer contended that he and his prime minister had no idea that the speech would be seen as disrespectful to a sitting U.S. president.

To which anyone who knows about American politics should say: Oh, please. For reasons based on point No. 1, above.

Netanyahu is practically an American, after his years at Cheltenham High School, MIT, and the Boston Consulting Group, plus his countless visits and dealings with politicians here. Dermer was actually born and raised American and worked on congressional tactics with Newt Gingrich and Frank Luntz. These people certainly know the lay of the land in Washington and elsewhere. In saying that they are shocked, just shocked, to have an insulting gesture toward a sitting president taken as an insult, they are asking us to believe either that they are unbelievably naive, or that they are simply unbelievable. Take your pick.

3. On the merits of things, what year should we be thinking of? Is 2015 more like 1938? Or like 1971?The heart of the disagreement over Iran turns on what Prime Minister Netanyahu himself (and others, for instance, here, here, and here) have described as the belief that we’re living through 1938 again. Nine years ago, in a speech in Los Angeles, Netanyahu laid out his views about Iran in just those terms. As an account in Haaretz put it:

“It’s 1938 and Iran is Germany. And Iran is racing to arm itself with atomic bombs,” Netanyahu told delegates to the annual United Jewish Communities General Assembly, repeating the line several times, like a chorus, during his address. “Believe him and stop him,” the [then] opposition leader said of Iranian President Mahmoud Ahmadinejad. “This is what we must do. Everything else pales before this.”

While the Iranian president “denies the Holocaust,” Netanyahu said, “he is preparing another Holocaust for the Jewish state.”

In case the implications aren’t obvious, let’s spell them out. If it’s 1938 again, then the threatening power of this moment is equivalent to Nazi Germany; the ambition of that power should be understood as the full extermination of its foes, starting with the Jewish people; there can be no compromise with flat-out evil; the only failure lies in being too slow to recognize the threat; and anyone who dreams of compromise risks being seen by history as similar to the man who shook hands with Adolf Hitler in 1938, Neville Chamberlain.

From my point of view, this comparison is imprecise, to put it mildly. In fact, it’s crazy. By the late 1930s, Nazi Germany had perhaps the strongest military in the world and one of the most powerful economies. Today’s Iran is not close to having either. Hitler’s Germany was so relentlessly expansionist that 10 years after he took power, the world was in flames. Iran, by contrast, has been ruled by Islamists for well over three decades yet has not expanded its borders by one inch. The Germany of 1938 was perfecting the obscene science of internal death camps. No one has suggested anything remotely comparable about repression in Iran. The position of a nuclear-armed state of Israel, the dominant military power in its region, is vastly different from that of Europe’s persecuted Jewish population of the 1930s. The record of Iran’s leaders contains no evidence of the will-to-national-suicide that an attack on Israel would entail. Today’s Iran is not yesteryear’s Reich.

But as I say, that’s just me. Benjamin Netanyahu is not asking me for strategic advice on this or a range of other subjects. As long as his countrymen keep him in power, they can choose to make his “it’s always 1938” outlook the basis of Israel’s policy. It’s their country and their right.

Yet their misperception, however sincere, should not be the basis of American policy. From the U.S. national point of view, as I’ve written before, it’s far more useful, realistic, and clarifying to think “it might be 1971 again” rather than “it’s probably 1938.”

In the early 1970s, Richard Nixon understood that despite long-lasting, serious disagreements with mainland China, it was far better overall to find a way to work with Mao and his successors, rather than trying to bring them to heel through continued isolation. There was more to gain than lose through this non-Chamberlain-style “compromise.” The government of Taiwan and its supporters in the United States bitterly resisted this change, but from America’s point of view they were wrong.

I believe that something similar applies with Iran as well. As with China in the 1970s and Cuba in recent years, there is no evidence that the national population itself has become deeply anti-Western or anti-American. Restoring relations, while it would hardly eliminate all disagreements, would have enough benefits to be worth pursuing as a strategic goal. Even if the pursuit doesn’t pay off, the potential benefits, from the American point of view, are substantial enough not to give up prematurely, by imposing pre-conditions that would make any negotiations impossible.

So now that things have gone this far, bring on Prime Minister Netanyahu and his warning against any conceivable deal with Iran. Listen to his argument that the best model for understanding today’s Iran is yesteryear’s Nazi Germany (which is what Netanyahu’s claim really comes down to). Let’s listen; let’s set aside, if we can, the unprecedented and insulting nature of his appearance before Congress; and then let’s think carefully about American national interests, which no foreign leader can define. I believe they’re very different from what Netanyahu is advocating. 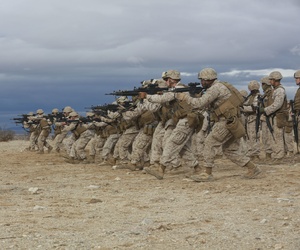 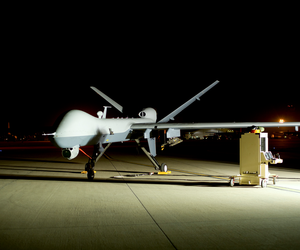 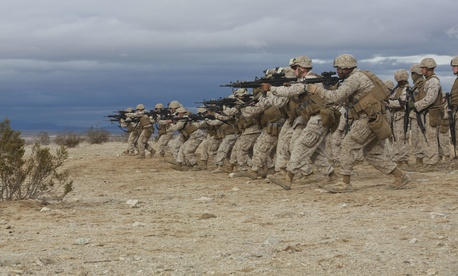 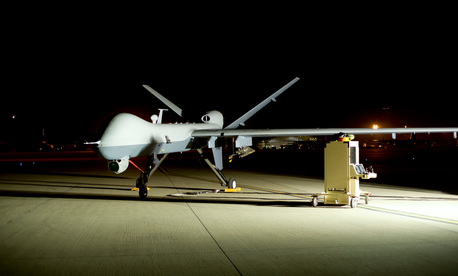