Florida Sen. Marco Rubio at a rally at the Freedom Tower to announce his candidacy for the Republican presidential nomination, April 13, 2015, in Miami.

Republican strategists believe a growing body of evidence suggests that America's foreign policy could play a pivotal role in the next election.

A GOP poll is reinforcing Republican strategists’ conviction that foreign policy will be a major issue in 2016—one the party believes it can wield to its advantage against Democratic congressional candidates and Hillary Clinton.

The internal survey, conducted by the GOP firm OnMessage, found that security issues ranked first on a list of top priorities for voters, ahead of economic growth, fiscal responsibility, and moral issues, among others. A 22 percent plurality of all respondents ranked it as the top issue, compared with 13 percent who listed economic growth as their top concern. (14 percent listed “fiscal responsibility” at the head of their list.)

The poll was conducted March 23 to 25 for the Republican super PAC American Action Network, the John Boehner-linked third party group that spent tens of millions of dollars last election aiding House Republican campaigns. The poll surveyed 1,400 people and has a margin of error of 2.6 percent.

The findings confirm other surveys showing national security has spiked as a leading issue in the upcoming elections. In January, the Pew Research Center found that, for the first time in five years, an equal share of voters rated defending the U.S. against terrorism (76 percent) as important a policy priority as the economy (75 percent).

Foreign policy moved down the list of public concerns following the 2008 financial crisis, but the polls are a sign the issue has returned with vigor to the public consciousness. And Republicans see the surveys as a sign that the issue is poised to help their candidates in an important way for the first time since public opinion turned against the Iraq War after the 2004 election.

“It really started before the [2014] election, as ISIS and their conquest really took center stage … probably about midsummer, we started noticing that concerns about foreign affairs and defense were popping up,” said Wes Anderson, a Republican pollster who conducted the survey. “Honestly, we haven’t seen that since 2004 in any real significance. [It was present] in 2006, but obviously in a very negative way for Republicans.”

Nonpartisan polls suggest that, as a political issue, foreign policy favors Republicans. The public gives President Obama low marks on the issue, according to a number of surveys, and a February poll from Pew shows voters now trust Republicans more than Democrats to handle foreign policy.

The GOP has taken note. Attacking President Obama’s record on Israel and Iran is now one of the biggest applause lines for presidential candidates. Republicans are now just as eager to scrutinize Hillary Clinton’s record as secretary of State as she is to promote it. And one of the targeted Republican senators up for reelection in 2016 already is telegraphing that he’s focusing on national security as his top campaign message.

We’re seeing evidence that a trend is building there, and it’s all built around fear over the insecurity and chaos around the world right now.
Wes Anderson, Republican pollster

What’s more interesting than whether foreign policy will help the party next election, however, might be specifically the type of voters GOP strategists think it will help them with. After successive elections in which Democrats have focused their campaign strategy on winning big with women voters, Republican operatives believe raising questions about the Democrats’ handling of terrorism could help them push back.

“If a bunch of those swing, often suburban, soft partisan or independent women are becoming more concerned about security issues, what does that do to [Clinton’s] ability to drive the gender splits they enjoyed in 2012?” Anderson said. “So there’s the big question. As foreign affairs and security issues grow, does this put a real wrench in their ability to drive a gender gap?”

The rising import of foreign policy in today’s politics has sparked a debate over whether foreign policy, despite its surge in polls, will really be such an important issue in 2016. The Washington Examiner‘s Byron York, citing stagnant wage growth in the latest Labor Department data, suggested economic concerns still will rate No. 1 on the minds of voters come Election Day.

It’s not an argument Anderson rejects: The pollster conceded that if the election were held tomorrow, the economy would still be the most important issue. But he added that polling data shows that if events across the world continue to get worse, that could change.

“The question is not whether economy is going to fade as an issue, it’s whether other issues like foreign affairs or defense are going to surge,” he said. “We’re seeing evidence that a trend is building there, and it’s all built around fear over the insecurity and chaos around the world right now, and if that just continues and some bad things happen, then it may become a voter determinative issue for a lot of voters in 2016.”

The risk for Republicans is twofold: Just because foreign policy is rising as a significant issue doesn’t mean that voters’ economic anxieties have dissipated. Even in foreign policy-driven elections, like in 1980 and 2004, the state of the economy played an outsized role. In addition, voters’ concerns about international affairs are closely tied to their own personal security. They are responding more to the sense of international instability and rising threat of terrorism, but aren’t as familiar with the details of, say, the nuclear framework with Iran. The OnMessage poll specifically framed their option on security issues as “protecting us against terror attacks and defeating the enemies in the war on terror.”

But even if voters aren’t paying close attention to the foreign policy fine print, their representatives in Congress are acting like they want at least some space from the administration on the issue. On Tuesday, the Senate Foreign Relations Committee voted 19-0 to give Congress a vote on any final nuclear deal with Iran—a rebuke to the president’s insistence that his approach on the negotiations should be the final one. 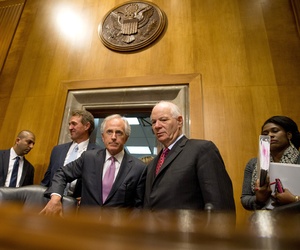 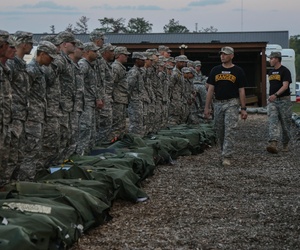 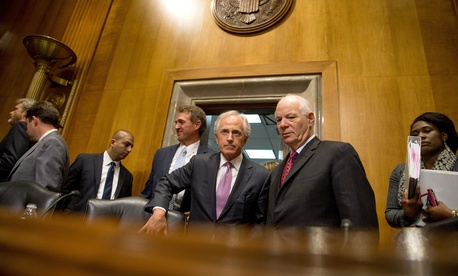 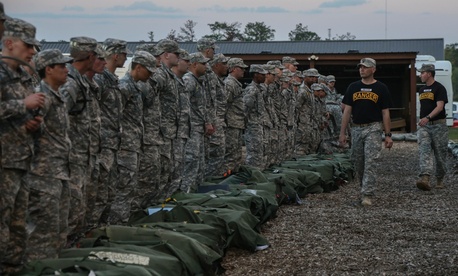