The South Carolina Republican joins a very crowded GOP field — but could distinguish himself with his foreign policy experience.

Republican Sen. Lindsey Graham went on CBS This Morning Monday to announce that he will make his intentions for a possible White House run known on June 1 in central South Carolina. He wound up going a little bit further than that.

Immediately after inviting his hosts to South Carolina in June for his decision, Graham got something of a trick question from Charlie Rose.

“Are you running in part because you look at the field and you don’t think they’re very sophisticated on foreign policy, and you believe that that’s the one thing you bring to the rest,” Rose asked, ever-so sneakily getting in the frame that Graham is already actually running.

“That’s a really good question. I’ve got the best job in the world, as senator from South Carolina. I’ve got a very comfortable life. I’m running because of what you see on television. I’m running because I think the world is falling apart. I’ve been more right than wrong on foreign policy. It’s not the fault of others, or their lack of this or that, that makes me want to run. It’s my ability in my own mind to be a good commander in chief and make Washington work. The reason I’ve had six primary opponents in my last election is because I’ve been accused of working with Democrats too much. In my view, Democrats and Republicans work together too little, and I would try to change that if I got to be president. And when it came to radical Islam, I would go after them before they came back here again.”

This came to the delight of the show’s hosts. “Sounds like we got a little bit of a jump on South Carolina,” said Gayle King.

(See also: The ‘Rubio Doctrine’ Is a Rerun)

Just last week, Jeb Bush, who has been “actively exploring” a presidential run since December,answered a question by speaking in the present tense about a run. In March, former Texas Gov. Rick Perry referred to himself as a “candidate,” despite not officially being one. Just over a month before he officially announced a campaign, Ben Carson wrote in an op-ed, “I have much to learn in terms of becoming … a better candidate.” Rand Paul also blew the surprise about a month before his own official announcement, referring to himself on Twitter as “the only candidate who thinks the NSA program on phone records should be shut down.” And last month, soon after announcing his exploratory committee, former Rhode Island Gov. Lincoln Chafee answered a question on CNN by saying, “That’s why I’m running, because I feel strong about where we’re going as a country.”

It of course remains to be seen if Graham or any of the other so-far-unofficial candidates actually will officially run. But there have been plenty cracks in the not-a-candidate veneer. 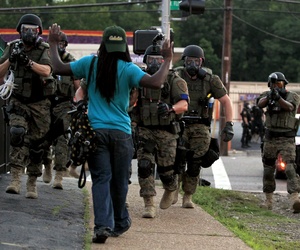 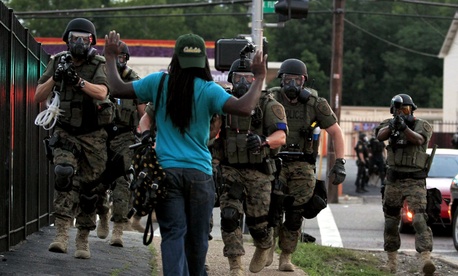