Sen. John McCain, R-Ariz., gets on an elevator after being on the Senate floor on Capitol Hill in Washington, Thursday, June 4, 2015.

It's not that the Senate isn't interested in the issue — the House just has a bigger mandate.

Iran may be on the path to developing nuclear weapons, and North Korea could be hoping to lob a missile directly at the United States one day. Still, the Senate’s biggest defense hawk isn’t pushing as hard as his House counterparts are for more robust nuclear development and missile defense.

“It’s not the highest on our priority list,” Armed Services Committee Chairman John McCain said in an interview.

It’s not that McCain isn’t concerned about America’s enemies developing nuclear capabilities or that he wants the United States to back down from an aggressive stance when it comes to missile defense. The defense authorization bill that he sponsors includes more money for long-range missiles that specifically are used to deflect nuclear warheads. He, like many Republicans, is also upset with the Obama administration for pushing a nuclear deal with Iran, saying White House officials are “so desperate for an agreement, they will agree to just about anything.”

It’s just that this isn’t McCain’s fight. In the Senate’s defense authorization bill, he is steering clear of new mandates to bolster the nuclear capabilities that appear in the House version. The House bill, for example, includes a provision requiring the Pentagon to research “countervailing U.S. responses” to Russia that can be deployed in two years if Russia continues to violate the 1987 Intermediate-Range Nuclear Forces treaty.

A Senate aide described the difference between the House and the Senate on nuclear weapons this way: The House has a stronger “missile-defense support group” than the Senate. McCain is focused on other issues.

“They love missile defense in the House,” concurred John Isaacs, a senior fellow at the anti-nuclear advocacy group Council for a Livable World. “The Senate committee moderates it and gets compromises.”

The Senate’s national-defense bill reflects this dynamic. Rather than set a time frame for a response to Russia’s INF violations, it simply calls on the Defense secretary to submit a plan to Congress on U.S. military capabilities. It contains strong language supporting the “nuclear triad” of bombers, long-range ballistic missiles, and submarine-launched missiles, but it contains few mandates that go beyond the Pentagon’s current operations.

McCain acknowledged that the committee is taking a cautious approach to an admittedly disturbing global situation. While Russia and the United States have generally reduced their overall nuclear capabilities since the end of the Cold War, regional nuclear states are sprouting up throughout the Middle East and Asia. The committee calls for “a thorough net assessment of the new nuclear environment” in its defense-authorization report.

From a nuclear-disarmament perspective, the Senate defense bill is by no means dovish. It includes “sense of Congress” language stating that the nuclear triad is “the highest priority mission of the Department of Defense.” It adds $20 million for a redesigned missile-defense warhead to be placed on interceptor (aka “Star Wars”) missiles in Alaska and California.

The Senate bill would have been more aggressive on nuclear weapons with more Republicans. Democrats on the committee barely beat back an amendment to limit America’s current dismantling of nuclear weapons because Sen. Thom Tillis, a Republican from North Carolina, voted with them against it.

Still, the language in the Senate bill largely defers to the Pentagon and the administration on how to handle nuclear threats. The committee agrees with DOD that an East Coast missile-defense system isn’t needed and acknowledges that space-based missile defense has been rejected by the Pentagon as problematic. It gives the administration the requested $385 million for a nuclear-dismantlement program established in the early 1990s by two former defense icons, then-Sens. Sam Nunn and Richard Lugar.

Sen. Jeff Sessions of Alabama, who chairs the subcommittee that oversees nuclear issues, said his top priority is modernizing the current nuclear arsenal even as its size is being reduced in compliance with nuclear treaties. But he is satisfied with the current progress.

“We’re going to modernize,” Sessions said. “We slid a little bit. So what President Obama promised and what Congress delivered on is behind. But this bill, even though we’re behind what we wanted to be, if we stay on this path we will modernize our weapons, I believe, in a sufficient time.” 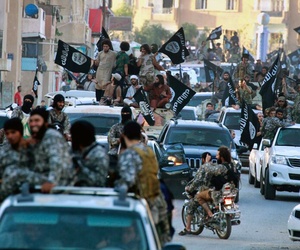 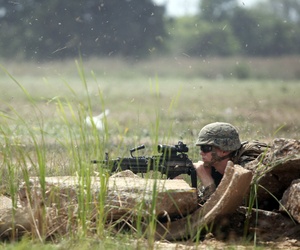 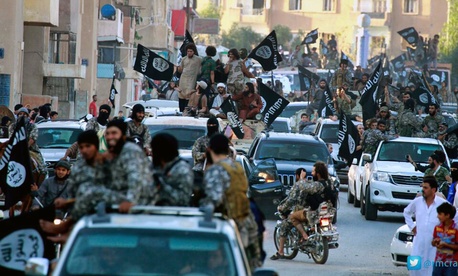 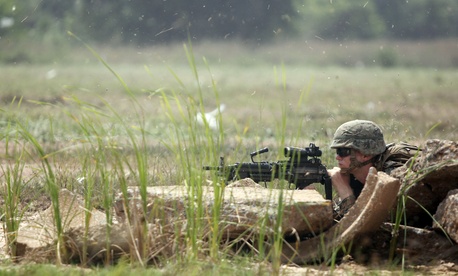