The USA Freedom Act, which will restore but reform the expired Patriot Act's spy authorities, earned final passage Tuesday and will be sent to the president.

Rand Paul’s stand against the National Security Agency is finally winding down—and Mitch McConnell failed to convince his caucus to support him on a last-ditch effort to eke out even a small victory in a battle over government surveillance that has consumed Capitol Hill for the better part of two months.

The Senate Tuesday passed comprehensive surveillance reform that will revive the lapsed spy provisions of the Patriot Act, easily earning final passage after weeks of high-stakes brinkmanship. The measure will now be sent to President Obama, who is expected to swiftly sign it into law.

By an overwhelming margin, lawmakers passed 67-32 the USA Freedom Act, which would restore the three provisions of the Patriot Act that expired on June 1, but usher in a bevy changes designed to better protect privacy and increase transparency.

The Senate earlier rejected a host of amendments offered by McConnell that were intended to weaken the legislation. The proposals represented a last stand from the majority leader after he buckled under growing pressure to allow the reform measure—which he initially whipped aggressively against—to go forward.

Sen. Mike Lee, a Utah Republican and original cosponsor of the Freedom Act, stood near the desks of the Senate attendants throughout the votes, clutching what appeared to be a scorecard throughout. In the end he convinced enough of his colleagues to defect from McConnell. Lee furiously whipped more than half a dozen persuadable Republican colleagues to join him in voting down the amendments.

The bill’s passage is the crescendo of nearly two years of start-and-stop bipartisan, bicameral work to pull back the government’s post-9/11 surveillance powers that began shortly after the disclosures by former intelligence contractor Edward Snowden.

“This is only the beginning,” Sen. Ron Wyden, D-Ore., said at a conference after the final vote. “There is a lot more to do.”

The civil liberties advocate said he hoped to seize the momentum of the Freedom Act’s passage to move quickly on reforming Section 702 of the Foreign Intelligence Surveillance Act, which is up for renewal in 2017.

McConnell made one last impassioned plea to his colleagues before the final vote, despite the bill’s victory being clear. Casting blame on President Obama, McConnell said the U.S. would be more at risk of terrorist attacks after the bill’s passage.

“While the president has inflexibly clung to campaign promises made in 2008, the threat of al-qaeda has metastasized around the world,” McConnell said. Now was not the time, he said, to “take one more tool away.”

The Freedom Act would end the NSA’s controversial bulk collection of U.S. call metadata, a program secretly justified under Section 215 of the Patriot Act until it was exposed publicly by Snowden in June of 2013. The measure would transition within 6 months toward a system where phone companies provided records to government spies on an as-needed, more-targeted basis after judicial approval is obtained from the secretive Foreign Intelligence Surveillance Court.

Snowden, who is living in exile in Russia, weighed in on the legislation as final votes were underway Tuesday during a live video-stream discussion with Amnesty International UK, calling its changes to Section 215—in addition to a recent federal appeals court decision deeming the NSA program illegal—”not enough.”

“It’s a first step, and it’s an important step,” he added.

Republican Sen. John Barrasso joined the House Republican conference meeting Tuesday morning to brief them on the Senate’s actions on everything from a must-pass transportation bill to health care. During the question-and-answer session, the topic turned to the Freedom Act, however, and House members made it clear in the meeting that they were not interested in seeing any “poison pill” amendments added to their bill.

According to several members in the room, one of the bill’s original sponsors Republican Rep. Jim Sensenbrenner—who also authored the original Patriot Act—led the discussion, making it clear amendments would not be accepted.

(RELATED: Who Killed the Patriot Act?)

Barrasso was coy in the meeting, sources said, but not overly confident that the Senate amendments stood a real chance of passing, according to members in the room.

“Sen. Barrasso said he did not think that those amendments would be on the bill, and he seemed to be somewhat confident that ultimately it would be the House-passed version,” one Republican said on the condition of background to speak freely about the meeting.

Even Rep. Peter King, a GOP defense hawk from New York who supports the changes McConnell is trying to make, said it was time to let it go.

“I don’t know if it would pass the House if the bill comes over here with those amendments in it,” King said. “Some of us are in an awkward spot because I could support each one of those amendments 100 percent, but at this stage, it could end up delaying the whole bill.”

The bill’s passage amounts to the first major loss of McConnell’s six-month stewardship over the Senate as majority leader—a position of power the Kentucky senator has long coveted.

When the taciturn strategist seized the reins of the chamber with the GOP takeover of the Senate after last year’s election, he pledged to move away from the governing-by-crisis model that has gripped Capitol Hill in recent years—but the Patriot Act debate has been defined by a sequence of dramatic standoffs remarkable even by Washington standards.

McConnell was stymied before the Memorial Day recess by Rand Paul, his fellow Republican from Kentucky who is using his stiff opposition to government surveillance as a central plank—and fundraising machine—of his presidential campaign. Paul and Democratic Sens. Wyden and Martin Heinrich blocked efforts by McConnell to extend the Patriot Act deadline even by one day, forcing the Senate to return for a rare Sunday session this week to avoid going over the cliff.

But Paul continued to use the power afforded to one senator to delay votes and force an expiration, while many blamed McConnell for waiting to take up consideration of the Freedom Act until the last minute in order to use the clock to his advantage.

Paul voted against proceeding on Tuesday, as did Republican Sen. Marco Rubio and Independent Sen. Bernie Sanders. All three are running for president.

Republican Sen. Lindsey Graham, who formally announced his White House bid on Monday, did not vote. The defense hawk, who is among the most vocal defenders of NSA surveillance, was in New Hampshire for a campaign launch rally. 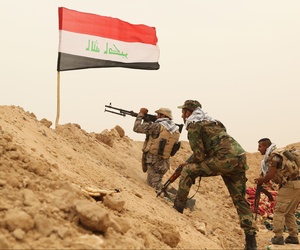 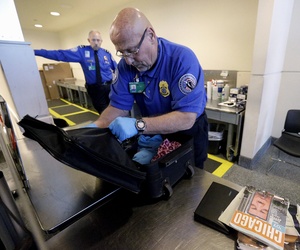 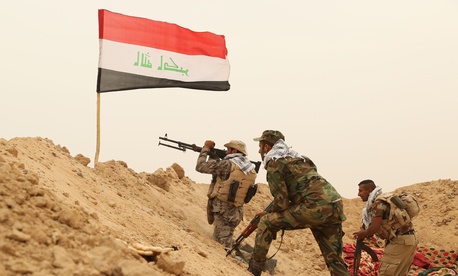 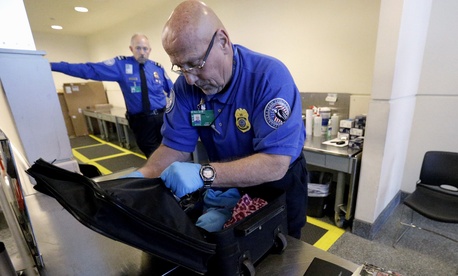