Senators bristle at White House warnings, calling them an attempt to force the Iran nuclear agreement down U.S. lawmakers’ throats.

When members of Congress visited Gen. Ray Odierno’s office in Baghdad, they found his coffee table laden with the deadly weapons called explosively formed penetrators — “every single one of ’em made by Iran,” Sen. Bob Corker, R-Tenn, recounted Thursday.

“This is the country we’re dealing with,” Corker reminded colleagues on the Senate Foreign Relations Committee during a Thursday hearing on the Iran deal, the first of several scheduled during Congress’s 60-day review. But Corker also meant to one-up the administration’s latest argument for the Iran deal: that the only alternative is war.

The committee’s chairman said he was “fairly depressed” after attending an administration briefing on the deal Wednesday night. “Every detail of the deal that was laid out, our witnesses successfully batted them away with the hyperbole, ‘It’s either this deal, or war,’” he said.

Corker is not the only senator put off by the administration’s aggressive lobbying on the deal. Others say administration officials are using the spectre of war with Iran to bully lawmakers into accepting the agreement. And so when Secretary of State John Kerry, Energy Secretary Ernest Moniz, and Treasury Secretary Jack Lew, testified before the committee on Thursday, lawmakers let them hear it.

“I believe you’ve been fleeced,” Corker told them. “And in the process of being fleeced what you’ve really done here is turn Iran from being a pariah to now Congress being a pariah.”

(See also: Before You Listen To Pundits on Iran, See What They Said On Iraq)

Sen. Jim Risch, R-Idaho, piled on, “We’ve gone from the mantra ‘no deal is better than a bad deal’ and now we’ve gotten to the point where ‘You have to accept this or else it’s war’ … Anyone who believes this is a good deal really joins the ranks of the most naive people on the face of the Earth.”

The White House lobbied hard against the legislation that granted Congress a 60-day review of the Iran deal, pushed through by Corker and ranking member Ben Cardin, D-Md. At the end of that period, which began Monday, Congress can either vote to approve or disapprove the deal, or not act at all. If lawmakers do vote down the deal, President Obama only needs the support of one-third of either chamber — that’s 34 people in the Senate — in order to sustain a veto.

I’d love to hear what his Plan B was when just a few weeks ago he was discussing that no deal was better than a bad deal.
Sen. Bob Corker, R-Tenn., chairman of the Senate Foreign Relations Committee

The White House has renewed its Hill lobbying with vigor, this time to sell the deal to lawmakers, and Kerry kept the pressure on Thursday. “The alternative to the deal we’ve reached isn’t a better deal – some sort of unicorn arrangement involving Iran’s complete capitulation. That’s a fantasy,” Kerry said. “If we walk away, our partners will not walk away with us.”

Later he went further, describing the potential consequences if Congress votes down the deal and Iran resumes its nuclear weapons research. “You can hear the prime minister of Israel calling up, ‘Time to bomb.’ What are we going to do?” Kerry said. “When they’re enriching like crazy and we’ve passed up diplomacy and we’ve passed up the non-proliferation treaty, what is left to us to enforce this? … So, what’s your plan? Knock out their entire capacity? Erase their memory of how to do a fuel cycle? Totally go to war?”

Kerry cited U.S. military leaders’ assessments that kinetic options would not be effective. “It can’t be guaranteed by military action alone,” he said. “Our own military tells us that. That is an overriding national security priority and it should not be at risk.”

But opponents from both parties said the argument that U.S. military action against Iran is inevitable if the deal goes down is an empty threat — and Iran knows it. “If you talk to our intelligence folks, Iran doesn’t believe there’s a credible military threat,” said Sen. Bob Menendez, D-N.J., who recently stepped down as ranking member of the committee. His will be a key vote on the Iran deal.

But Defense Secretary Ash Carter has said that the military stands ready. “As we implement this historic agreement, deterrence remains a major component of America’s national security,” he said. “Our military — including tens of thousands of U.S. forces in the Middle East — are full speed ahead maintaining a strong presence in the Gulf…We will utilize the military option if necessary.”

(Read more: How Congress Can Improve the Iran Nuclear Deal)

Carter is currently in Baghdad, one of several visits to his Middle East counterparts anxious about the deal’s effect on regional power. The Iraqi government has expressed its support for the deal, but Carter has stressed in meetings with more skeptical allies — namely, Israel — that the military option is still on the table. The White House also found support in unlikely places:  Saudi officials told Carter they approve of the agreement.

Both the administration and its opponents on the Hill sides are employing the threat of war — and citing military expertise — to support their position on the Iran deal. The White House is now emphasizing that the only alternative to the deal for preventing Iran from getting a nuclear weapon is war, at the same time as it argues this is precisely what opponents of the deal truly want, and it wouldn’t work.

When senators pointed Thursday to the “anytime, anywhere” inspections in Iraq as a failure in the negotiated agreement with Iran, Kerry reminded, “Folks, that is after we invaded the country.”

On Tuesday in a speech before the Veterans of Foreign Wars, Obama framed the rhetoric against the agreement as akin to the pressure to go to war in Iraq in 2002. “We’re hearing the echoes of some of the same policies and mindset that failed us in the past,” Obama said. “Some of the same politicians and pundits that are so quick to reject the possibility of a diplomatic solution to Iran’s nuclear program are the same folks who were so quick to go to war in Iraq, and said it would take a few months. And we know the consequences of that choice.”

Corker told Defense One he finds these comparisons unhelpful.

“I’d love to hear what his Plan B was when just a few weeks ago he was discussing that no deal was better than a bad deal,” he said. “I don’t think anybody in the hearing today indicated that we’re strongly desirous of going to war, but if you say that we’re gonna negotiate a deal that doesn’t meet the standard, and if you don’t agree with that then you must want war…It’s rhetoric used to divide, which I know the president has been very good at doing throughout the period of time he’s been president, but it certainly has no place in this debate.” 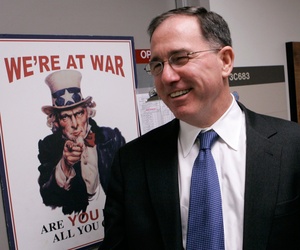 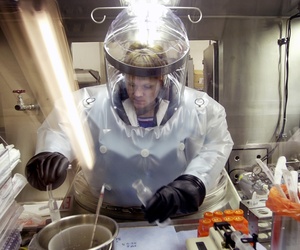 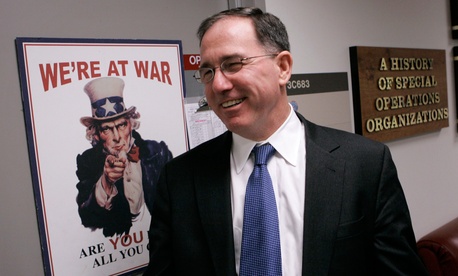 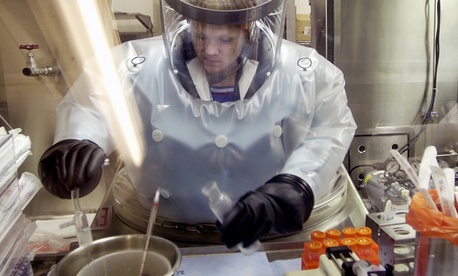