Assistant to the President for Homeland Security and Counterterrorism Lisa Monaco speaks during the daily news briefing at the White House, in Washington, Wednesday, June 24, 2015.

The Obama administration says some prisoners will have to be transferred to U.S. soil. But current law bars any such move — and by some readings, it forbids even looking at options.

White House officials say they’re getting close to delivering a plan to close the U.S. military prison at Guantanamo Bay, Cuba, as Congress has demanded for years. There’s one problem: a key part is illegal — at least for now.

Current U.S. law forbids the transfer of Guantanamo detainees to prisons on U.S. soil — and yet there are some prisoners who cannot be sent anywhere else, Deputy National Security Advisor Lisa Monaco said Saturday.

“We are going to whittle down this group to what I refer to as the irreducible minimum, who would have to be brought here to a secure location, held under the laws of war, continuing under military detention, and that’s the only way we’re going to be able to close Guantanamo,” Monaco said at the Aspen Security Forum. These prisoners would be prosecuted in the military justice system or federal courts and subjected to a “supermax cell,” Monaco said. “Ultimately, that’s the way we’re gonna do it.”

“We gotta work with Congress,” she said, “but right now we aren’t even able to put that facility together because of the legal restrictions.”

Not only is it currently illegal to bring Guantanamo prisoners to the U.S. for prosecution or detention, the federal government is forbidden to spend any money to “assist” in doing so. This means no funding to build a U.S. prison to hold them, or improve an existing one, or even to perform an in-depth study on related options. This has left national security leaders to plan the future of U.S. detention while trying to avoid the appearance of spending taxpayer-funded time on options for moving detainees to U.S. soil.

This situation has not stopped some lawmakers from repeatedly complaining that the White House has sent them no plan. Sen. John McCain, R-Ariz., who is both one of the loudest critics on this front and a longtime advocate for closing Guantanamo, is fighting for a provision in the annual defense authorization bill that would require Obama to submit such a plan to Congress. If lawmakers approve the plan, the provision would allow Obama to transfer detainees to the U.S. and at last shutter the prison.

(Related: Here’s why closing Guantanamo matters in the fight against ISIS.)

Meanwhile, current law has complicated the administration’s effort. In February, just before Defense Secretary Ash Carter was confirmed, a senior defense official told Defense One that the statutes prohibit planning for Guantanamo fixes “beyond a certain degree.”

“Yes, we’re doing preliminary planning and thinking, but we’re not authorized to spend money on construction or modification [for a facility in the U.S.], so, we can only do planning to a certain degree,” the official said. “But obviously I’m thinking — you can’t stop me from thinking.”

Pentagon spokeswoman Henrietta Levin on Monday declined to confirm the contents of the White House plan, which has yet to be finalized, but said that the Defense Department’s role in drafting the plan doesn’t violate any statutes. The State Department referred Defense One to the Pentagon.

“Consistent with relevant statutes, the Department of Defense has not taken any actions nor expended any funds to ‘transfer, release, or assist in the transfer or release’ of any Guantanamo detainees to or within the United States,” Levin said.

And Dustin Walker, a spokesman for the Senate Armed Services Committee, said, “I don’t see a prohibition on planning” based on his reading of current law under previous years’ defense authorization acts.

“I see no funds to ‘construct or modify any facility in the United States, its territories, or possessions to house any individual detained at Guantanamo for the purposes of detention or imprisonment in the custody or under the control of the Department of Defense unless authorized by Congress…,’” Walker said, quoting the law. “And no funds to ‘transfer, release, or assist in the transfer or release [of Gitmo detainees] to or within the United States, its territories, or possessions.’”

Officials’ time spent on the drafting of the plan does not count as “assisting,” he said.

National Security Council spokesman Myles Caggins confirmed federal funds had been used to draft the plan — but only in salaries and supplies.

“No money beyond normal salaries and office supplies has been spent drafting the plan,” Caggins said. ”This does not violate the NDAA.” 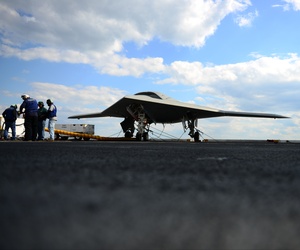 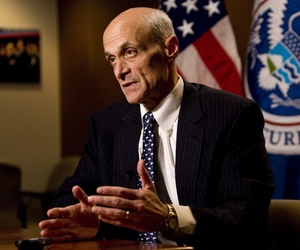 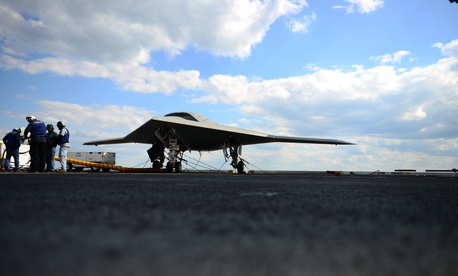 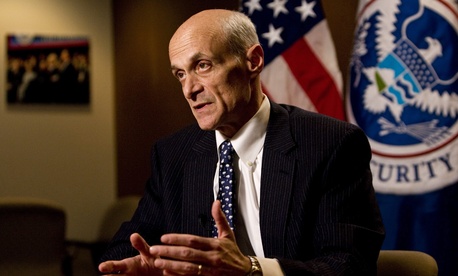