Public skepticism of the agreement may trump political loyalty — not to mention its merits or failings.

One of the most fascinating political-science experiments in recent years was conducted in 2013 by two of the most-respected pollsters in the business, Democrat Mark Mellman and Republican Whit Ayres. They presented two groups of respondents with two different education proposals, labeling one as the Republican plan and another as the Democratic plan. To the second group, they reversed the partisan labels for the plans, but described them in exactly the same way. The results were striking: When Plan A was presented as the Democratic plan, 75 percent of Democrats backed it. When the exact same plan was labeled as the Republican plan, only 12 percent of Democrats supported it. As Mellmanconcluded, “Policy positions were not driving partisanship, but rather partisanship was driving policy positions.”

That maxim is being put to the test on the issue of President Obama’s Iranian nuclear deal, which is forcing Democratic Party officials with a history of supporting Israel to choose between loyalty to their president against voter sentiment back home.

From a political perspective, the vote will be a telling test of Mellman and Ayres’s thesis. Support for Israel is overwhelming in the United States, with a long history of bipartisan backing (though support among Democrats has frayed in recent years). A February Pew Research poll found 77 percent of respondents saying U.S support for Israel was “about right” or “not supportive enough.” Only 18 percent disagreed.

Voting with Obama on this deal would also mean supporting a pact that faces overwhelming opposition from the organized Jewish-American community and the Israeli government: Led by Israeli Prime Minister Benjamin Netanyahu, Israel has been aggressively advocating against the Iranian nuclear deal, with leaders from all the country’s major parties arguing it threatens their very survival. The American Israel Public Affairs Committee, which rarely challenges any administration publicly, has been urging its allies to oppose the White House over the deal. They’ve been joined by leading Jewish communal organizations—from the usually-liberal Anti-Defamation League to the assiduously nonpartisan American Jewish Committee, and leading Jewish federations across the country.

(See also: A Better Deal With Iran Is Possible)

Obama is also contending with growing public disapproval at home over the deal. Last week, Gallup found the president’s approval for his handling of Iran at 33 percent—the lowest of all the eight issues the pollster tested. An early-August Quinnipiac survey found only 28 percent approved the deal, with 57 percent disapproving. Only 52 percent of Democrats in the poll backed the deal, demonstrating how it’s dividing a normally-united party. In areas with sizable Jewish constituencies—like New York and Florida—the opposition is particularly intense. That’s why Sen. Chuck Schumer, the expected future Senate Democratic leader, broke with the president over the deal, and why most of the Democratic congressional opposition (for now) is concentrated in those regions.

The vote is likely to go down to the wire. With Obama spending every bit of political capital to prevent 13 Senate Democrats (and around 45 House Democrats) from defecting, the administration holds the upper hand. But while many Washington watchers assumed Obama would have enough Democrats to sustain a veto, Schumer’s early opposition to the bill—and the majority of swing senators remaining on the fence—indicate that opponents have a credible shot at generating two-thirds opposition necessary to scuttle the deal. The fact that prominent members of Obama’s inner circle threatened Schumer’s standing as future Senate leader after he declared his opposition to the deal underscored just how tenuous support for the administration’s deal is.

The White House’s biggest gets so far have been Sens. Kirsten Gillibrand of New York, Bill Nelson of Florida, and Jon Tester of Montana, given that all three are likely to take some political flak from voters back home. But on paper, if you combine the number of undecided red-state Democrats (such as West Virginia’s Joe Manchin) with those representing states with sizable Jewish constituencies (like New Jersey’s Cory Booker and Pennsylvania’s Robert Casey) the path to 67 no votes is still in play. The longer senators take to make up their minds, the more likely it is they’ll end up opposing.

Despite Mellman and Ayres’ thesis, recent developments have shown that there are some issues where ideology–voter intensity on a certain issue—can trump partisanship. On the Republican side, look at the enduring appeal of Donald Trump to certain conservative voters, even as he refuses to pledge his fidelity to the Republican Party. Under normal political rules, his heterodox positions on abortion, single-payer health care, and yes, Fox News, would deflate his popularity. But his hard-line opposition to illegal immigration has trumped any voter discomfort with Trump’s soft GOP affiliation.

Democrats had their own moment of independence two months ago, when the majority of the party’s representatives in Congress rebelled against President Obama’s free-trade agenda even though it ended up passing with widespread Republican support. Obama even used similarly dismissive language about opponents of his fast-track trade authority as he’s doing towards critics of his Iran deal: Back then, the president said Sen. Elizabeth Warren’s anti-trade-deal arguments “don’t stand the test of fact and scrutiny” and called skeptical Democrats “plain wrong” on the issue. Despite Obama’s pleading, most of his party sided with Warren’s wing of the party and forced the president to rely on GOP support to pass legislation through Congress.

Support for Israel has long been one of those issues transcending partisanship; it’s a core voting issue for conservative Republican voters, and has long been a bedrock principle of the Democratic Party. But Obama’s deal with Iran has scrambled the calculus for many rank-and-file members, given Israel’s aggressive opposition to it. Unlike with the free-trade legislation, Republicans are united against Obama, and public opinion has turned against the president. Still, since the president only needs one-third of Congress to support him, all he needs is for traditional partisan instincts to kick in and he should get enough Democratic support. That’s why he framed the debate over the deal in such stark terms during this month’s speech at American University.

Mellman himself is in a fascinating position on this issue. Along with Obama’s former admaker Mark Putnam, he’s working for the leading group (the AIPAC-aligned Citizens for a Nuclear Free Iran) that’s pushing to scuttle the president’s Iran deal. If his theory about the power of partisanship prevails, Obama should have enough votes to pass his landmark deal with Iran. But if partisan loyalty to the president can’t trump widespread public skepticism—as well as opposition from one of the country’s strongest allies—then all bets are off. 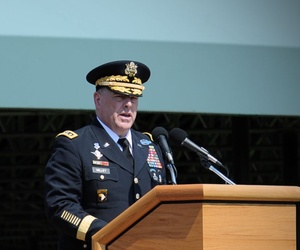 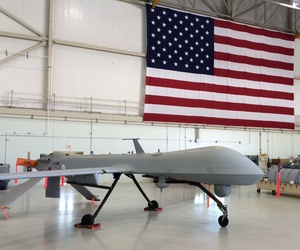 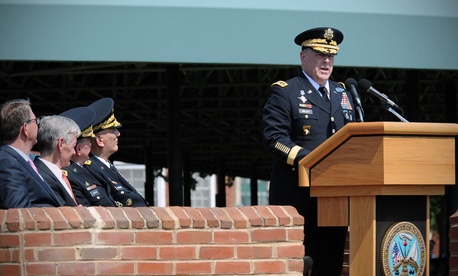 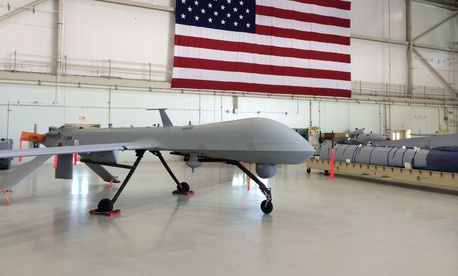