Amid a tide of news reports and statements about Russian deployments to Syria, the Defense Department confirms a few details.

After days of declining to confirm reports that Moscow is sending military equipment and troops into Syria to protect the embattled Assad regime and Russian assets in the war-torn country, Pentagon officials said Monday that Russian forces are establishing a forward air operating base near the country’s Mediterranean coast.

“We have seen indications in recent days that Russia has moved people and things into the area around Latakia and the air base there that suggests it intends to establish some sort of forward air operating base,” Defense Department spokesman Capt. Jeff Davis told reporters at the Pentagon Monday morning.

Davis repeatedly declined to give a number of troops or types of equipment, saying he couldn’t get into the “specifics of intelligence.” “We certainly have an estimate [on Russian troop levels in Syria], but I’m not able to share that with you,” he said.

He did say the U.S. has not yet seen the arrival of Russian fighter jets, helicopters, or gunships.

He also described the movement as new and ongoing. “This has been a continued movement of things and people into Syria in the area around Latakia,” he said. “That’s been progressing on a daily basis … for the past week and a half or so.”

Last week, Russian foreign minister Sergei Lavrov confirmed that his country was sending troops and equipment into Syria, and he urged Washington to reestablish talks with Russia’s defense officials in order to avoid “unintended incidents” there. He said Russia is holding naval exercises off the Syrian coast near its only Mediterranean naval base, at Tartus — some 90 kilometers south of Latakia — with at least five missile-armed ships.

Russia has also stationed roughly 200 naval infantrymen near Latakia and deployed SA-22 anti-aircraft missiles with Russian crews, Reuters reported. A U.S. official told Reuters Monday that seven Russian T-90 tanks had been seen around the base. And the New York Times reported that Russia has sent a portable air traffic control station and prefabricated housing to the air base, signaling potentially imminent Russian deployment of thousands of military personnel. Meanwhile, the Syrian Observatory for Human Rights, a monitoring group, says that Russia is also building a long airstrip at Latakia and keeping Syrians from the site.

On Sunday, Lavrov added that deliveries of Russian weapons “are ongoing and they will continue…They are inevitably accompanied by Russian specialists.”

Reuters reported on Friday that Russian troops have already seen combat in Syria, although the Times quoted Putin as saying reports that Russia had deployed ground troops for combat were “so far…premature.”

Davis continued to deflect questions on these details Monday, including the particularly troubling SA-22. Lavrov and Russian President Vladimir Putin insist that they simply want to help fight the Islamic State and fulfill long-held commitments to Bashar al Assad — but as Reuters pointed out, the terrorist group has no aircraft.

Davis said the “threat” posed by Russia is being monitored closely. “We ensure that where we have coalition aircraft and servicemen and women operating that we’re able to do that in a safe way,” he said. “Again I can only tell you what we’ve seen, but it’s really up to the Russians themselves to explain what they’re doing there.”

So far, the Russian supply routes into Syria have largely followed international civil air paths set out by the global agency that organizes airspace, Davis said. “Those are areas we already stay clear of anyway for our operations that we’re doing over Iraq and Syria,” Davis said. “In any event, with regards to Iraq anyway, it’s their sovereign airspace and we’re there with them at their invitation and coordinating with them.”

But the U.S. is obviously concerned with the Russians’ use of Iraqi and Iranian airspace. U.S. officials have asked other coalition and partner countries along the route from Russia to Syria, such as Greece and Bulgaria, to deny Russian flights’ access over their countries. State Department spokesman John Kirby said Wednesday that the U.S. is encouraging allies, including Iraq, to ask Russia “tough questions” about their intentions, and said that reports Iran had granted Russia overflight rights are “clearly disappointing but not surprising.”

Davis followed Monday, “We’ve been in touch with all our allies, partners, and friends in the area to encourage them to ask hard questions about who and what is flying through their airspace.”

On Friday, the Pentagon dismissed deconfliction as premature, and said the U.S. and Russian forces currently have no communication.

“To my knowledge, there is no military-to-military contact at this point,” Air Force Col. Pat Ryder, spokesman for U.S. Central Command, told reporters. “Right now again there’s really no deconfliction to do … I think what you’re getting at is: in the event there’s some type of Russian military or air activity, but again, I’m not going to speculate or talk about hypotheticals.”

But on Monday, Davis seemed to shift the Defense Department’s level of alarm. “Clearly, one of the concerns we have is deconfliction, so I think it’s going to be important as this manifests itself, whatever this is, that we address the issue of deconfliction,” he said.

He said there have been no close calls between U.S. and coalition and Russian aircraft so far. He also said the escalation of Russia’s military presence hasn’t forced any changes to combat operations.

It’s unclear how the Pentagon will address the deconfliction concern without military-to-military contact. Davis said there are no plans to break the silence; the only communication at this time is diplomatic, primarily between Secretary of State John Kerry and Lavrov.

Still, President Obama said Friday that the U.S. would talk to Russia about Syria. “It appears now that Assad is worried enough that he’s inviting Russian advisors in and Russian equipment in,” Obama said at a troop talk. “And that won’t change our core strategy, which is to continue to put pressure on ISIL in Iraq and Syria, but we are going to be engaging Russia to let them know that you can’t continue to double-down on a strategy that’s doomed to failure.”

“Capitalizing on American inaction, Russia is now engaged in a dangerous military buildup in Syria, which has been supported by supply flights through Iranian and Iraqi airspace, despite expressions of ‘concern’ from Secretary Kerry and other Administration officials,” McCain said in a statement Monday afternoon. “Russia’s doubling down on the murderous Assad regime is yet another example of how this Administration’s feckless foreign policy has emboldened our adversaries and diminished our standing in the world.” 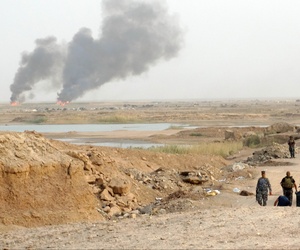 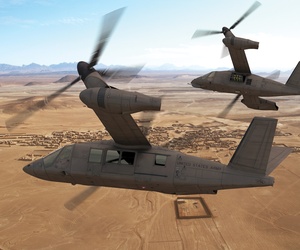 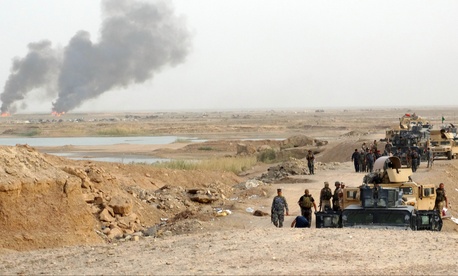 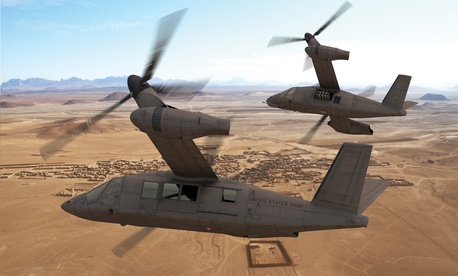