Russia’s actions in the Middle East have U.S. lawmakers launching heated questions at top Pentagon officials. The answers so far have been less than reassuring.

“I tried to explain to [Iraqi leaders] that our continued support really would be problematic were they to invite the Russians in to conduct strikes,” Chairman of the Joint Chiefs of Staff, Marine Gen. Joseph Dunford, told the Senate Armed Services Committee. “I was assured that they had not extended that invitation and that they did not intend to extend an invitation to do that.”

Dunford said he raised the issue with Iraq’s prime minister and minister of defense during his visit to Baghdad last week. Lawmakers asked whether Iraq could stop Russia from conducting strikes, and the Marine general replied that Iraq’s air force has “limited air-to-air capability.”

The possibility of Russian jets striking targets in Iraq has worried lawmakers since rumors first surfaced nearly one month ago. And in general, Russia’s actions in the Middle East have led lawmakers to criticize the Obama administration as too reactive, defensive, and without an adequate strategy.

At the hearing, Dunford and Defense Secretary Ash Carter both struggled to describe the next steps in the U.S. military’s fight against the Islamic State group in Syria. “The end game we seek is both a defeat of ISIL,” Carter said, “and a transition from Assad to a government that is inclusive and moderate.” State Secretary John Kerry is hammering out what that transition process might look like with his counterparts in the region, including Iran.

Lawmakers focused much of their indignation on whether or not the Pentagon will protect trained moderates who come under attack from the Syrian military.

“The future of Syria will be in the hands of the Syrian people,” said Carter, “and many of those are Syrian moderate opposition leaders who are being attacked by Assad’s forces with Russia’s help.”

Carter said the nearly 100 troops the Pentagon has trained under the $500 million Title 10 train-and-equip program have not yet come under attack from Russian forces. What Carter and Dunford omitted was any mention of the rebels being trained by the CIA and which Russia has reportedly targeted with an aggressive campaign focused largely in northwestern Syria, helping the Assad regime’s attempts to reclaim territory lost to both ISIS and a variety of competing rebel groups.

“The forces inside Syria that the Pentagon is training have a right to U.S. protection from the air,” Dunford told Sen. Lindsey Graham, R-S.C. But, the general conceded, “The balance of forces right now are in Assad’s advantage.”

Russian support to Assad is “increasing and catalyzing and motivating the opposition to Assad,” said Carter. But as far as pinpointing any anticipated turning point for Russia, “I can’t speak to that.”

Lawmakers also questioned the effectiveness of Baghdad’s depleted forces. The Iraqi counterterrorism service, which Carter said has been trained by the U.S., is “an effective, capable, motivated force. What we lack in Iraq are capable and motivated Sunni forces.” It’s up to Baghdad to select and mobilize those forces, he said.

But that, too, could be problematic. Prime Minister Haider al-Abadi does not have control over Iraq, Dunford said. Currently, the U.S. has already vetted and trained about 5,000 of a promised 8,000-strong Sunni force in Anbar province for the fight ahead. Current estimates put the number of Iranian Shiites fighting in Iraq at more than 1,000 with another roughly 2,000 inside Syria, Dunford said.

“We’re not satisfied or complacent about where we are,” Dunford said, “and we won’t be satisfied until ISIL is defeated.”

As for suggestions that the U.S. launch a no-fly zone over northwest Syria, Carter called that a “substantial undertaking” that he does not recommend at this time. A no-fly zone would be contested by ISIS and al-Nusra, “at a minimum.” It would take a ground force with accompanying air forces to protect civilians while U.S. forces would likely face effective Syrian air defenses in northwest Syria, he said.

Dunford said that enforcing such a zone would be possible from a “military perspective,” but it would divert resources currently fighting ISIS. There are also political and legal hurdles, he noted.

Such an effort would be difficult, involving dozens of aircraft, if not more than 100. The planes would have to bomb Assad’s airfields, fighter jets, and advanced surface-to-air missiles in western Syria near Damascus. That means directly attacking the Assad government, something the Obama administration has avoided even as it struck ISIS targets in Syria.

Eliminating those missile sites would be a “substantial military undertaking in its own right” and would likely be contested by pro-Assad forces, Carter said. American aircraft have primarily been bombing ISIS targets in eastern and northern Syria.

NATO forces last set up a no-fly zone in Libya in 2011 after they overthrew President Muammar Gaddafi. American forces also enforced a no-fly zones over Iraq to protect ethnic populations after Desert Storm in the 1990s.

Most of Assad’s attacks against civilian have been by ground-launched artillery, not planes, Carter said.

Since Syria has much more sophisticated air defenses than Iraq and Libya, it would likely involve a cruise missile barrage from Navy ships, B-2 stealth bombers and F-22 stealth fighters. And a no-fly zone involves more than fighters and bombers. There need to be command planes, intelligence drones, search-and-rescue helicopters and aerial tankers to refuel all of these planes in flight. 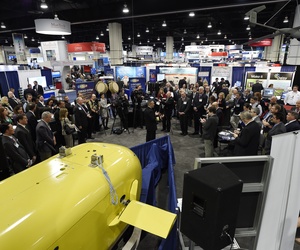 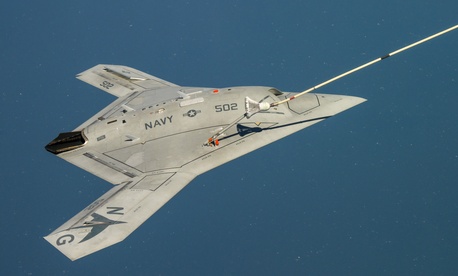 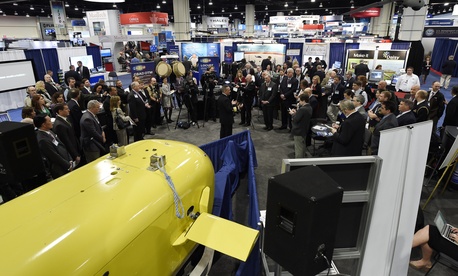