President Barack Obama waves to guests as he takes the stage during a Democratic fundraiser at the Warfield Theater, Saturday, Oct. 10, 2015 in San Francisco.

In a confrontational interview on 60 Minutes, the president fired back at critics of his response to Russian moves in Syria.

Anyone who got beat up as a kid knows there’s no one weaker than a bully. International politics is slightly more complicated than that, of course, but not by much.

During a lengthy interview with Steve Kroft on 60 Minutes that aired Sunday night, President Obama tried to explain how Russian President Vladimir Putin’s shows of strength in Syria and Ukraine actually reflected weakness. In doing so, Obama also warned against the United States making the same mistake.

Kroft opened by noting how much the world had changed since their last interview, and what that meant for America’s influence overseas.

A year ago when we did this interview, there was some saber-rattling between the United States and Russia on the Ukrainian border. Now it’s also going on in Syria. You said a year ago that the United States—America leads. We’re the indispensible nation. Mr. Putin seems to be challenging that leadership.

Obama asked for clarification, and Kroft provided it. “Well, he’s moved troops into Syria, for one. He’s got people on the ground,” Kroft said. “Two, the Russians are conducting military operations in the Middle East for the first time since World War II bombing the people that we are supporting.” To which Obama replied:

So that’s leading, Steve? Let me ask you this question. When I came into office, Ukraine was governed by a corrupt ruler who was a stooge of Mr. Putin. Syria was Russia’s only ally in the region. And today, rather than being able to count on their support and maintain the base they had in Syria, which they’ve had for a long time, Mr. Putin now is devoting his own troops, his own military, just to barely hold together by a thread his sole ally.

In terms of perceptions of world events, there may be less daylight between Obama and Putin than Obama and his critics. Both world leaders see Moscow’s effective loss of two formerly close allies over the past two years: Ukraine to revolution, and Syria to civil war. Obama perceives Putin’s recent actions—the carving out of rump territories in Crimea and the Donbass and the bombing of U.S.-aligned rebels in Syria—as a desperate attempt to reverse a tide that’s shifting against Russian interests.

Many of Obama’s critics have an opposite interpretation: that the Russian intervention in Syria is an act of strength, and the White House’s relative inaction represents weakness. Kroft summed up this interpretation of events fairly well in a subsequent exchange:

There is a perception in the Middle East among our adversaries, certainly and even among some of our allies that the United States is in retreat, that we pulled our troops out of Iraq and ISIS has moved in and taken over much of that territory. The situation in Afghanistan is very precarious and the Taliban is on the march again. And ISIS controls a large part of Syria.

After interrupting one another, during which Kroft said that Obama’s critics argue the president is “projecting a weakness, not a strength,” Obama turned the examples against these unnamed critics, singling out his opponents within the Republican Party. The logic for U.S. intervention in Syria, he argued, previously led to the Iraq War, and its continued usage suggests that many haven’t learned the lessons of that conflict.

[There are Republicans] who think that we should send endless numbers of troops into the Middle East, that the only measure of strength is us sending back several hundred thousand troops, that we are going to impose a peace, police the region, and—that the fact that we might have more deaths of U.S. troops, thousands of troops killed, thousands of troops injured, spend another trillion dollars, they would have no problem with that. There are people who would like to see us do that. And unless we do that, they’ll suggest we’re in retreat.

Here Obama tries to differentiate between the reality of international relations and the perception of world events. The U.S., as Obama notes, is objectively the most powerful player in the Middle East by whatever metric one wishes to apply: diplomatic alliances, economic clout, military strength, cultural influence, and so forth. But between the spread of ISIS and a unilateral Russian intervention to save the Assad regime, it doesn’t quite feel like the U.S. is the strongest actor there anymore. For some critics, these events are an attack on U.S.“leadership,” to borrow their phraseology, and the Obama administration’s failure to respond with military force signals a lack of “strength” at best and outright “weakness” at worst.

Two issues arise. First, this thinking mirrors how Putin processes his own response to attacks on his country’s interests: A global rival’s actions threaten​ his perceived sphere of influence, and those actions must be countered with force. In Ukraine, it was the Euromaidan protests that threatened to permanently dislodge Kiev from Moscow’s orbit; in Syria, it may have been the transfer of U.S. arms to anti-Assad rebels. In response, Putin annexed Crimea last year, with disastrous implications for the Russian economy, and is now trying to save the Assad regime this year.

[If], in fact, the only measure is for us to send another 100,000 or 200,000 troops into Syria or back into Iraq, or perhaps into Libya, or perhaps into Yemen, and our goal somehow is that we are now going to be, not just the police, but the governors of this region, that would be a bad strategy, Steve. And I think that if we make that mistake again, then shame on us.

“I think that there are places, obviously, like Syria, that are not safer than when I came into office,” he noted, before pivoting to his multilateralist approach. “But, in terms of us protecting ourselves against terrorism, in terms of us making sure that we are strengthening our alliances, in terms of our reputation around the world, absolutely we’re stronger.” 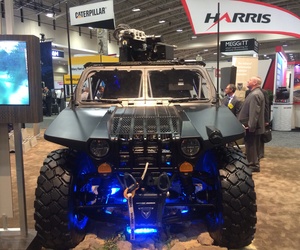 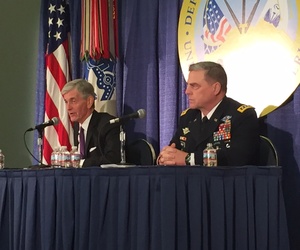 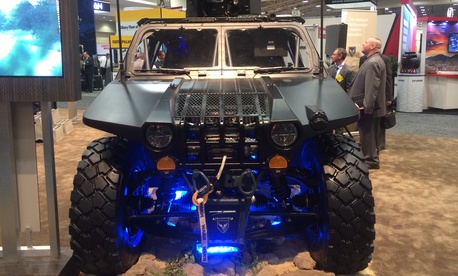 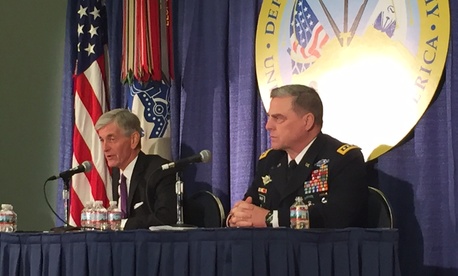