Trump’s opposition to the invasion is an important part of his claim to sound judgment. And he is making it up. I would know.

I respect and admire Donald Trump (yes, I wrote those words to begin a sentence) for flat-out arguing to GOP crowds that the Iraq war was a catastrophic mistake.

It was additionally amazing and heartening to see him, in last night’s WWE-style brawl-debate, finally call B.S. on a persistent and amazing claim by the otherwise-generally-reality-based Jeb Bush. When pressed about the Bush-Cheney record on office, Jeb’s final line of defense throughout the campaign has been, “whatever else you might say about my brother, he kept us safe!”

Yes, perfectly safe! Except for, ummm, that one time. Trump finally had the lack of politesse to say so directly to Jeb Bush, only to receive boos from the crowd.

But what about the rest of Trump’s claim: that he’d been as wise on the Iraq point as President George W. Bush, Dick Cheney, et al. were foolish, and had warned against the folly of invading, from the start? As far as I can tell, this is one more thing he’s just making up.

In the year before the war, I was noting pretty carefully which public figures were saying which things about whether the U.S. should invade Iraq. That was because I was interviewing diplomatic, military, and political officials about the consequences of an invasion, in preparation for an article called “The Fifty-First State?”

Through that time, I noted the people who lined up against the war. Former Vice President Al Gore notably did so, in a speech at the Commonwealth Club in September, 2002. A young Illinois state senator named Barack Obama did the same, early in October. In the Senate, Democrats like John Kerry and Hillary Clinton were equally notable for voting in favor of the war. Twenty-one other Democrats, from Teddy Kennedy and Bob Byrd to Russell Feingold and Paul Wellstone, voted No. The full list is here. Bernie Sanders was not yet in the Senate (he voted No in the House), but his independent predecessor from Vermont, Jim Jeffords, voted No—as did exactly one Republican, Lincoln Chafee of Rhode Island, now a Democrat, and for a while a 2016 presidential candidate.

So the lines were drawn, the warnings issued, and the predictions or promises made in the fall of 2002. I have no recollection, and can find no record, of Donald Trump saying anything whatsoever in public about invading Iraq before the war began.

To say this again: I’m as likely to have noticed Trump’s public opposition to the war, had it existed, as anyone you’ll find. And I am not aware of his having said anything, nor has anyone provided any evidence that he did so. I believe he is completely making this up.

As far as I can tell, Donald Trump’s “prescience” and “foresight” about the war is all based on a throwaway comment he made after the fighting had started and was running into trouble. You can read about it here. His comments, from a Vanity Fair party for the Oscars, as quoted in the Washington Post, were:

Donald Trump, with Amazonian beauty Melania Knauss at his side, pronounces on the war and the stock market: “If they keep fighting it the way they did today, they’re going to have a real problem.”

Looking as pensive as a “Nightline” talking head, the Donald concludes, “The war’s a mess,” before sweeping off into the crowd.

You can read more debunkings of Trump’s claim by: Erik Wemple in the Washington Post, Steve Eder in the New York Times, Michael Calderone in Huffington Post, Kevin Drum in Mother Jones, Lauren Carroll in Politifact, and Andrew Kaczynski in Buzzfeed. They amount to this conclusion:

Trump. Is. Lying. About. Having. Publicly. Opposed. The. Iraq. War.

Does this matter more than his other encounters with reality? I don’t know. Because of my stake in the issue, it bothers me more. On Brian Stelter’s Reliable Sources Sunday I tried to make the point that Trump’s Iraq claims were fantasies— even while noting that Trump’s honey-badger bearing had so far immunized him to all fact-checks.

So I’ll leave it with this hope: that interviewers, moderators, GOP opponents, and others will push him the next time he starts talking about Iraq. Having been “right about Iraq” is an important claim in favor of Trump’s judgment. And he is making it up.

Update I have heard from a number of angry Trump supporters, making two points:

On the first point: right, more than one year after the war began (and was running into trouble), and two years after the crucial Congressional debates, Trump tells an interviewer that he doesn’t think the war is a good idea. This is what we call 20-20 hindsight, or Monday Morning Quarterbacking. Imagine how Trump would mock such a claim coming from Bush or Cruz. (I can predict all Super Bowl winners! If you ask me the next day.) Donald Trump is offering his Iraq skepticism as a sign of his judgment, and the test of judgment is what he said before he knew how things would turn out.

On the second: perhaps he had his secret doubts. There’s no way to disprove it! But again as a test of public positions, that doesn’t matter. Public figures are judged by their public stands. Until someone demonstrates otherwise, I stick with the view that no evidence exists of Trump having warned against the war before it started, which is when the decisions were being made and when such warnings would have mattered.

Update-update As several other readers have pointed out, at least Trump turned against the war relatively early. That returns me to the opening lines of this post, admiring him for the no-prisoners approach to the topic in last night’s debate.

Update^3 Several readers have pointed out that the response to “he kept us safe!” isn’t “except for that one time.” It also includes: the subsequent anthrax attack-scare, and the literally terrifying-at-the-time DC Sniper episode. [And Katrina, and …] But apart from that the claim is right. 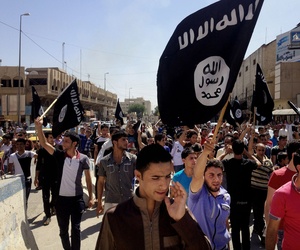 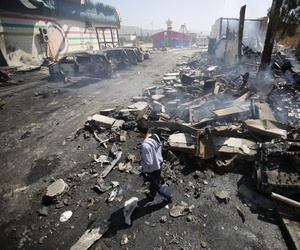 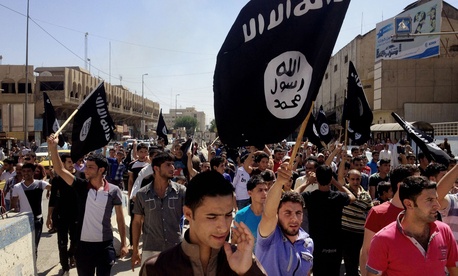 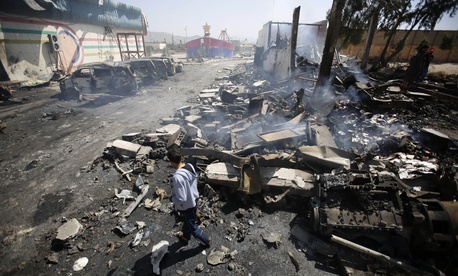