The presumptive Republican nominee tries to draw a contrast between himself and Hillary Clinton, but both of them supported U.S. involvement in both Libya and Iraq.

June 6 is the 72nd anniversary of D-Day. The general who oversaw that invasion, Dwight Eisenhower, was elected president in 1952—the last person in either party to win a nomination without holding elective office until Donald Trump. Now Trump is trying to follow in Ike’s footsteps by winning the presidency, too.

But whereas Eisenhower’s record of leading Americans into war vaulted him into the White House, Trump is trying to claim that he wouldn’t have led Americans to war in Libya and Iraq. The presumptive nominee skirmished with John Dickerson over whether or not he’d backed the U.S. intervention there during an appearance on Face the Nation on Sunday:

Donald Trump: When you say supported it, I supported Libya?

Dickerson: Yes, you supported the intervention in Libya.

Trump: I did? Where do you see that?

Dickerson then played video of Trump saying, “Now, we should go in. We should stop this guy, which would be very easy and very quick. We could do it surgically, stop him from doing it and save these lives.” Trump replied:

Trump: That’s a big difference from what we’re talking about.

Dickerson: But you were for intervention.

Trump tried to turn this into an argument about whether the aftermath of the intervention was handled well. (He also somewhat bafflingly boasted, “I made a lot of money with Qaddafi.”) You’d be hard-pressed to find people who would argue the aftermath was well-planned, but that’s not the question: Trump suggested that he had opposed the intervention from the start, and that turned out not to be true. The evidence shows he backed it. As Dickerson put it, “This is one of the things that confuses some people about your positions. You said you weren’t for intervention, but you were for intervention in Libya.”

It’s easy to see why Trump would want voters to believe he opposed the intervention in Libya. Not only did the maneuver turn out poorly—despite, or perhaps because, of Qaddafi’s quick toppling, the nation spiraled into civil war, with the violence killing four Americans in Benghazi in September 2012—but Hillary Clinton was a leading advocate for it, making it an alluring talking point to use against her. Needless to say, that’s a harder case to make if Trump backed the military action too.

Some conservatives—and some Bernie Sanders supporters, for that matter—have argued that there’s no real difference between Clinton and Trump. On many issues, that idea is tough to credit, but on foreign policy, Trump has actually tried to run to Clinton’s left. Yet he keeps getting snagged on evidence that he’s not that different.

For months, Trump claimed that he had opposed the Iraq war before it started, a decision that would have placed him a prescient minority—alongside Barack Obama, and notably apart from then-Senator Hillary Clinton, who voted to give the George W. Bush administration the right to pursue the war. Initially, he got away with that: Because he wasn’t a politician, there was no easily found record of his position at the time. But dogged work by BuzzFeed and others eventuallyturned up proof that Trump had voiced support for the invasion in 2002. (My colleague James Fallows memorably put it this way: “Trump. Is. Lying. About. Having. Publicly. Opposed. The. Iraq. War.”) To the frustration of BuzzFeed’s Andrew Kaczynski and his boss Ben Smith, Trump kept making the claim, and he kept getting away with it.

Now that Trump has cleared the field of Republicans, there’s more press attention (yes, it is possible) and scrutiny headed his way. Although few Republican presidential candidates were willing to full-throatedly back the Iraq war, they weren’t in a hurry to make support for it a major issue, given that the war was launched by a Republican president and backed by most of the GOP at the time. Although Dickerson didn’t ask about Iraq, other reporters have, and they’re pointing out when Trump isn’t telling the truth. James Fallows lays out how Trump tried to misrepresent his Iraq record to CNN’s Jake Tapper—and even made the easily debunked claim that he’d never been asked to prove that he was opposed to the war.

Conor Friedersdorf has argued that the insular echo-chamber of the American elite makes wars of choice—say, Iraq or Libya—more likely. Pressure to act creates a feedback loop that affects policymakers, while the costs are displaced to other people and other times. Part of Trump’s pitch to voters is that he stands apart from the Beltway elite, and is not beholden to the same mistaken conventional wisdom that binds its members. These two interventions, however, show how Clinton and Trump both came to the same conclusions about hitting Baghdad and Tripoli: The wars would be short, good for America, and good for the world. In both cases, they were wrong, and the major contrast between them is that Clinton was better versed in the specifics of both cases when she made her calls.

Eight years ago, Barack Obama’s early and vocal opposition to the war in Iraq helped him secure his party’s nomination, and to a lesser extent, the presidency. With Hillary Clinton poised to clinch the Democratic nomination on Tuesday, voters will be left choosing his replacement between two major-party candidates who backed both the war in Iraq and the intervention in Libya. 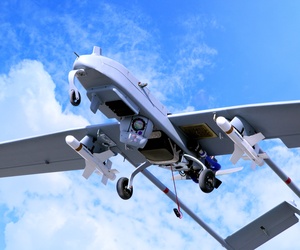 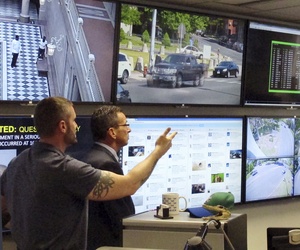 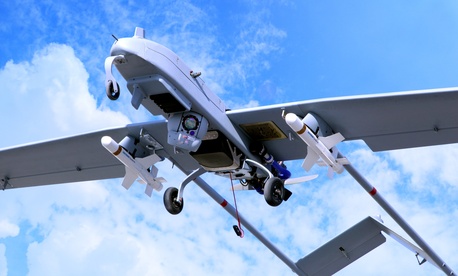 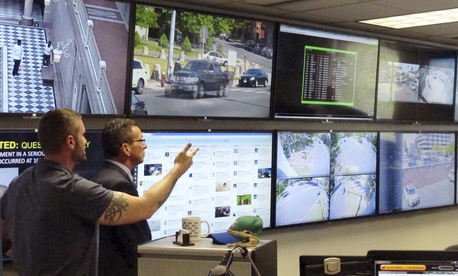