‘We Are Better than this Ban’: US Diplomats Plan Official Dissent

White House press secretary Sean Spicer calls on a reporter during a daily briefing at the White House.

White House to State Department: “They should get with the program or they should go.”

U.S. State Department officials are expected to sign a memorandum opposing President Trump’s executive order on immigration, saying “We are better than this ban.”

Trump’s executive order suspends the U.S. refugee intake for 120 days and bans Syrian refugees for the foreseeable future. It also bars from the country all citizens of seven predominantly Muslim countries—Iran, Iraq, Libya, Syria, Sudan, Somalia, and Yemen—regardless of their visa status for 90 days. The Trump administration says the move is to make the U.S. safer.

But in a draft memo obtained by the The Atlantic, and first published by Lawfare, the State Department officials say: “Looking beyond its effectiveness, this ban stands in opposition to the core American and constitutional values that we, as federal employees, took an oath to uphold.”

Asked about it at the daily White House press briefing on Monday, Sean Spicer, the White House spokesman, said: “They should get with the program or they should go.”

The memo would be issued on the State Department’s Dissent Channel, which was established in 1971 during the Vietnam War as a venue for diplomats to freely express their concerns with U.S. policy. Responses to messages within the channel are guaranteed within two working days, according to the American Foreign Service Association (AFSA), which represents foreign-service officers; a substantive reply is to be provided with 30-60 working days, AFSA adds.

The U.S. State Department expressly forbids reprisals for those who use the channel to express views that are contrary to stated U.S. policy. Here’s more:

The channel has been used several times over the years by diplomats to express reservations—or outright alarm—at U.S. policy. Perhaps the most famous cable sent on the dissent channel was the Blood Telegram in April 1971. It was written by Archer Blood, the U.S. consul general in what was then East Pakistan, and signed by 20 others to protest the U.S. policy of siding with the Pakistani government when it cracked down militarily on what was then the eastern, Bengali flank of its country after a Bengali politician was declared the winner of national elections. Here’s more from the telegram:

Blood was recalled to Washington after writing the telegram. East Pakistan eventually broke away to form Bangladesh.

The channel has also been famously used to express dissent against U.S. policy during the conflicts in Bosnia and Iraq. More recently it was used last June by 51 diplomats who criticized the Obama administration’s policies in Syria, urging military strikes against the government of President Bashar al-Assad. John Kerry, the U.S. secretary of state at the time, met with the authors of the memo for about 30 minutes, engaging, The New York Times reported then, “in a surprisingly cordial conversation about whether there was a way, in the last six months of the Obama presidency, to use American military force to help end a conflict that by some estimates has claimed 500,000 lives.” Ultimately, that never happened.

Spicer’s call on the officers to quit if they disagree with policy is seen as highly unusual. I’ve reached out to AFSA for comments and will update this story when they respond. 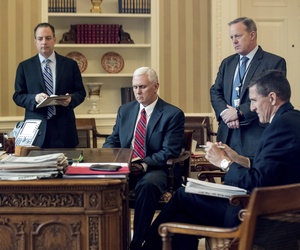 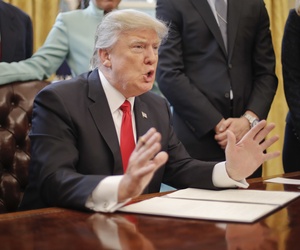 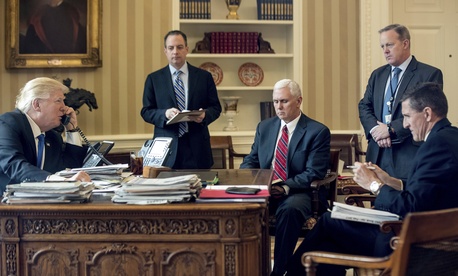 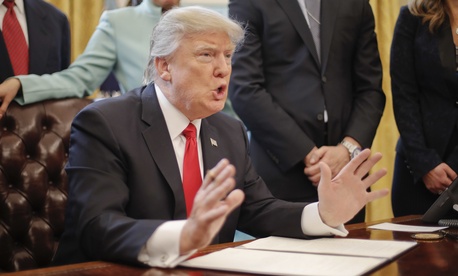