Congress might hold up the president’s pick for deputy defense secretary over his three-decade career with Boeing, among other things.

As candidate, Donald Trump promised to run government more like a business. The idea itself is nothing new, but the premise played an outsize role for businessman who had never held public office. Once in office, Trump nominated one of the most business-heavy Cabinets in U.S. history. But this approach isn’t helping him fill top slots at the Pentagon.

During Tuesday’s  confirmation hearing for Patrick Shanahan, nominated to serve as Deputy Secretary of Defense, the 30-year Boeing employee was grilled by Sen. John McCain, R-Ariz., grilled about his ties to industry.

“I’m disturbed that we are now have an executive from one of the five major corporations that has corralled 90 percent of our defense budgets,” McCain said. “I have to have confidence that the fox is not going to be put back into the henhouse.”

Shanahan is Boeing’s senior vice president of supply chain and operations, the latest of a long string of jobs in the aerospace giant’s military and commercial sides. That long career, coupled with what McCain called an evasiveness in answering the committee’s questions, had the senior senator from Arizona threatening to hold up Shanahan’s confirmation.

The hearing, which had opened genially enough, took a harder turn when McCain asked about the prospect of providing lethal defensive arms to Ukraine. In written testimony presented before the hearing, Shanahan said that he planned to “examine this issue closely” once he could receive classified briefings, and under questioning from McCain, declared that he supports the idea. That wasn’t good enough for the senator:

McCain chairs the Senate Armed Services Committee, the gateway through which all Defense Department nominees must pass before they can receive a confirmation vote from the full Senate.

The Ukraine issue wasn’t the only one McCain thought Shanahan “ducked.” Ultimately, the chairman said he’d withhold action on the nomination for the moment. He invited Shanahan to review all of his answers and submit additional information on any point that the nominee believed required more specificity. The senator did not specify any particular question.

“I want to give him the time to respond,” McCain said after the hearing. “His background concerns me as well … It’s both.”

Shanahan is not the first of Trump’s Pentagon nominees to face scrutiny for industry ties. The president’s first picks for Secretary of the Army and of the Navy dropped out after deciding it would be too difficult to disentangle from their businesses.

But after a few questions about how Shanahan would avoid conflicts of interest regarding his former employer, the rest of the committee largely seemed to regard his time at Boeing as a plus.

While the defense secretary typically provides the Pentagon’s external face — leading strategy and policy discussions, serving on the National Security Council, and interfacing with partner nations — the deputy manages the department’s internal operations and oversees its $600-billion budget.

Several senators expressed hope that Shanahan’s history of turning around large, troubled programs at Boeing — a 2008 Los Angeles Times profile said he was known as “Mr. Fix-It” around the company — would help him improve the Pentagon’s procurement and financial management.

Indeed, Shanahan fielded questions about the defense industrial base, program oversight, and technological development most comfortably.

He also promised, by October, to start a department-wide audit, something the Pentagon has been unable to complete in the two and a half decades since Congress ordered all federal agencies to do so.

All that was not enough to convince McCain — who said he’d be concerned about a nominee from any of the five largest defense contractors — that Shanahan’s nomination should proceed before he sends the committee more detailed responses.

“I want to give the secretary of defense the team that he needs, but I’m not going to give him a team that I think is business as usual of the last eight years,” the chairman said. 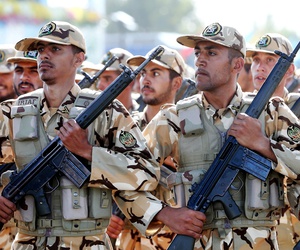 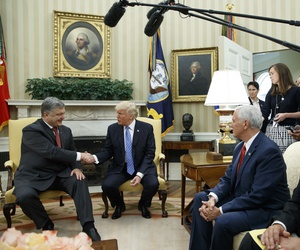 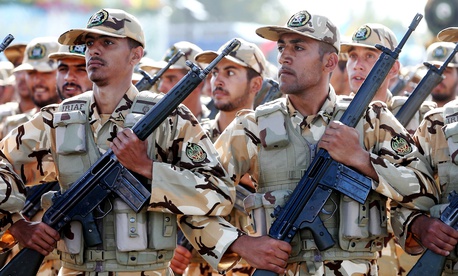 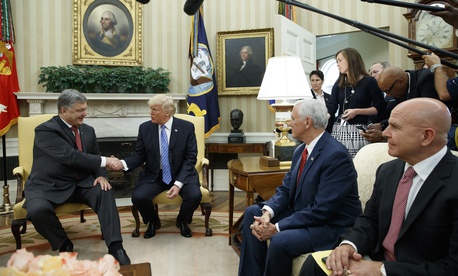