Wow, Macron went there. One day after President Trump welcomed the French president with a bromantic White House visit filled with hugs and handshakes, Emmanuel Macron stood before a joint session of Congress and fired away at his host’s “America First” foreign policy. With JFK-like phrasing, Macron called for strong Western leadership in urgent defense of liberal democracy. It was a direct rebuke to Trumpism and the rise of fear-based nationalism and populism in the U.S. and Europe. It was passionate, articulate, and rousing.

And the entire Congress rose again and again to applaud.

Addressing a Republican-controlled legislature that is grappling with Trumpism, Macron on Wednesday repeatedly called for multilateralism as he offered a defense of the liberal world order. He warned of the potential fall of international organizations and their stabilizing effects on global security. He called for allies to craft a new future based more on their common goals and less on their fears.

If a Democrat had given that same speech, the Republican half of the chamber would have sat quiet on their hands. But the French president has become the darling of Washington, for the time being. His passages on climate change and the Iran deal drew less unified applause, but the larger themes rang loud and clear.

More importantly for current events, Macron informed Congress how France apparently has taken the reins in the effort to find a path to peace in the Middle East. The French president confirmed in his speech that he had convinced Trump — “we had decided together” is how he put it — to work toward a “comprehensive” new agreement with Iran. (Macron did not say whether Trump will recertify the existing deal next month, but he argued against scrapping it without an alternative plan.) Macron also pitched his four-point plan, first outlined last fall at the United Nations, including “containment” of Iran.

Not so long ago — say, two years — the word “containment” sent conservatives screaming about appeasement. This week, Washington is absorbing Macron’s proposal, seeing in it a possible path to end the war in Syria and limit Iran’s regional influence through negotiation in Yemen, Lebanon, Iraq, and Syria.

Liberals and arms control experts who herald the JCPOA say the “grand bargain” idea is folly. Maybe. But understand this: Macron, and not the American president, has put forth a path to peace — and not just for the Syria conflict — by tying it to a larger proposed agreement that would leave the original nuclear deal intact while doing something about Tehran’s meddling abroad and missile development at home.

In short, the French are now in the lead. Not America.

Macron’s speech nodded to all of the things that concern Trumpist and populist voters, from inequitable globalism to terrorist threats.

Was this by design or default? The French president was invited to Washington in partial recompense for welcoming the New York real estate mogul onto the stage of world leaders. Did Trump want Macron to ride out of Washington as the lead architect of a new world order, savior of Syria, negotiator of Middle East peace, fomenter of Iranian reform, and gatherer of power, stardom, and American fans? If so, mission accomplished.

That common enemy is the bond, renewed since the 9/11 attacks.

“Over the last five years, my country and Europe also experienced terrible terrorist attacks. And we shall never forget those innocent victims, nor the incredible resilience of our people in the aftermath. It is a horrific price to pay for freedom, for democracy. That is why we stand together in Syria and in the Sahel today, to fight together against these terrorist groups who seek to destroy everything for which we stand. We have encountered countless rendezvous with death, because we have this constant attachment to freedom and democracy.”

Macron talked of the two nations’ “shared history” of human rights, civil rights, and democracy, from Lafayette to James Baldwin. Even the #MeToo movement caught on in France, home of Simone de Beauvoir.

Then he said this:

“Democracy relies also on the faculty of freely describing the present and the capacity to invent the future. This is what culture brings.”

That’s when Macron’s speech and tone changed from fawning brotherhood to lecture and leadership. The French president rapped his American counterpart over press freedom, then took him to the woodshed for a lesson in global leadership. Citing Ronald Reagan (though misattributing it to Teddy Roosevelt), Macron said that freedom must be handed down to generations.

“[This is] an urgent reminder indeed, because now, going beyond our bilateral ties, beyond our very special relationship, Europe and the United States must face together the global challenges of this century. And we cannot take for granted our transatlantic history and bonds. At the core, our Western values themselves are at risk. We have to succeed facing these challenges, and we cannot succeed in forgetting our principles and our history.”

Macron might as well have said to Trump: Either you’re with us, or you’re against us.

The foreign policy blob and international security community have for years been calling for a reformed international order. On Wednesday, the French president said it was time to begin.

“Today, the international community needs to step up our game and build the 21st-century world order, based on the perennial principles we established together after World War II.”

“Both in the United States and in Europe, we are living in a time of anger and fear, because of these current global threats. But these feelings do not build anything. You can play with fears and angers for a time, but they do not construct anything. Anger only freezes and weakens us. And as Franklin Delano Roosevelt said during his first inaugural speech, ‘The only thing we have to fear, it is fear itself.’”

That’s when the entire Congress stood.

“We can choose isolationism, withdrawal, and nationalism. This is an option. It can be tempting to us as a temporary remedy to our fears,” Macron continued. “But closing the door to the world will not stop the evolution of the world. It will not douse, but inflame the fears of our citizens. We have to keep our eyes wide open to the new risks right in front of us. I’m convinced that if we decide to open our eyes wider, we will be stronger, we will overcome the dangers, we will not let the rampaging work of extreme nationalism shake a world full of hopes for greater prosperity.”

Here is the passage that matters most:

“It is a critical moment. If we do not act with urgency as a global community, I am convinced that the international institutions, including the United Nations and NATO, will no longer be able to exercise a mandate and stabilizing influence.

“We will then inevitably and severely undermine the liberal order we built after World War II. Other powers with the strongest strategy and ambition will then fill the void we would leave empty. Other powers will not hesitate once again to advocate their own model to shape the 21st century world order.

Personally, if you ask me, I do not share the fascination for new strong powers, the abandonment of freedom, and the illusion of nationalism.

Therefore, distinguished members of the Congress, let us push them aside, write our own history and birth the future we want.

We have to shape our common answers to the global threats that we are facing. The only option then is to strengthen our cooperation.

This requires more than ever the United States’ involvement, as your role was decisive for creating and safeguarding today’s free world. The United States is the one who invented this multilateralism. You are the one now who has to help to preserve and re-invent it.

Why? Because precisely our own culture is based, on both sides of the Atlantic, of this — on this unique taste for freedom, on this unique attachment for liberty and peace. This strong multilateralism is the unique option compatible with our nations, our cultures, our identities.

With the U.S. president, with the support of every 535 members of this joint session representing the whole American nation, we can actively contribute together to building the 21st-century world order for our people.

The United States and Europe have a historical role in this respect. Because it is the only way to defend what we believe in, to promote our universal values, to express strongly that human rights, the rights of minorities, and shared liberty are the true answer to the disorders of the world.

This speech — this week — was Macron’s moment. 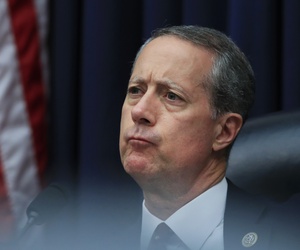 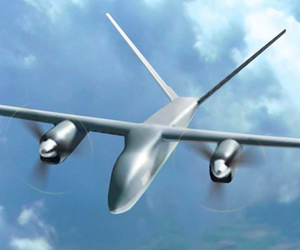 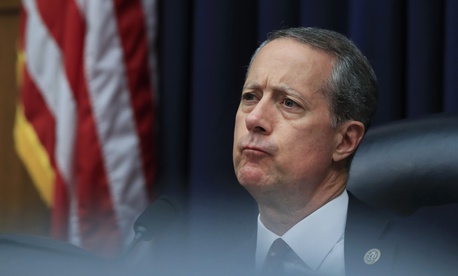 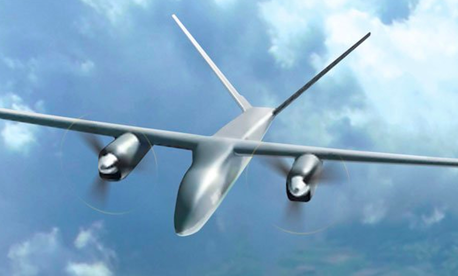