But the danger he sees is already here.

On Tuesday—hours after Donald Trump yet again questioned whether Russia intervened in the 2016 U.S. election and denounced the investigation into that interference by “disgraced and discredited Bob Mueller and his … Angry Democrat Thugs” as a “Rigged Witch Hunt”—a top official in the Trump administration issued a stark warning about the peril of politicizing the threat from Vladimir Putin. Nothing less than American democracy itself is at stake, he argued.

“The most dangerous thing in the world we could do is to politicize the challenge [from Russia], which in itself would be a gift to Putin,” said Wess Mitchell, who oversees the State Department’s Bureau of European and Eurasian Affairs, during testimony before the Senate Foreign Relations Committee.

But the danger is already here. Mitchell’s warning came in the midst of a controversy that vividly illustrates just how destructively partisan the threat from Russia has already become across the American political spectrum: The president recently took the unprecedented step of revoking the security clearance of John Brennan in avowed retaliation for the former CIA director’s role in the “sham” Russia probe, after Brennan’s extraordinary insinuations about Trump’s “treasonous” and suspicious actions involving Russia. Trump’s refusal during his summit with Putin in Helsinki to acknowledge Russia’s political meddling as a legitimate threat triggered new attacks by Trump’s critics on the president’s legitimacy as a leader, and new attacks by Trump on the legitimacy of those investigating Russia’s political meddling. Ninety-three weeks since the 2016 presidential election, the damage done to American democracy by Putin’s influence campaign continues to compound.

“Putin’s thesis is that the American constitution is an experiment that will fail if it is challenged in the right way from within,” Mitchell continued. “Putin wants to break apart the American republic not by influencing an election or two, but by systematically inflaming the fault lines within our society. Accepting this fact is absolutely essential for developing a long-term response to the problem.” The problem Mitchell was describing has a kind of heads-I-win-tails-you-lose quality to it as far as Putin is concerned: Not only has the Russian leader tried to exploit political polarization over issues like race and guns, his attempts to do so have themselves become deeply divisive—to the point where even Trump’s advisers frequently find themselves at odds with the man they serve.

Part of Mitchell’s argument—which might be viewed favorably by a president who has taken particular umbrage at the notion that Putin sought to help him defeat Hillary Clinton in the 2016 presidential race—was that the Russian government isn’t necessarily interested in supporting a specific politician, party, or ideology. Instead, it simply wants to sow chaos in the United States to advance its own goals, which it sees as threatened by America’s pre-eminent position in the world. Mitchell cited the revelations on Tuesday that suspected Russian government hackers have been targeting conservative U.S. think tanks and promoting “fringe voices” on both the left and the right on social-media sites like Facebook.

But Mitchell also seemed to be urging Americans not to play into Putin’s hands by turning against each other and succumbing to collective political psychosis over Russia’s influence operations. As outlined in Russian military documents, in a digital-age twist on old Bolshevik and Soviet tactics, the Kremlin’s “goal is to ‘carry out mass psychological campaigns against the population of a state in order to destabilize society and the government and force that state to make decisions in the interests of its opponents,’” said Mitchell, who as a scholar before joining the Trump administration raised alarms about Russia’s aggressive efforts to undermine the U.S.-led international system. It’s “a very cynical effort to pit pre-existing political camps against one another.”

“Secretary Mitchell, I appreciate the policy that you’re enumerating,” the Democratic Senator Ben Cardin responded on Tuesday. “The problem is the president hasn’t followed it.” 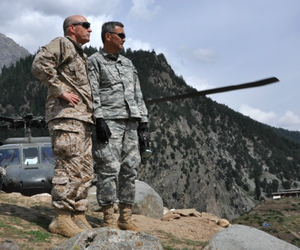 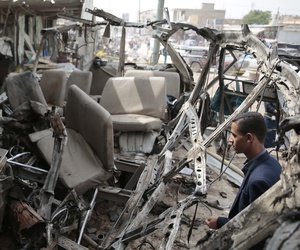 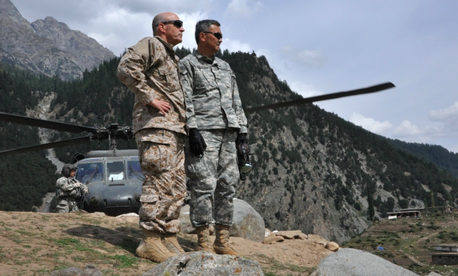 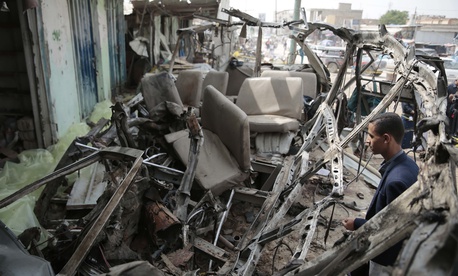