A federal judge heard arguments Tuesday in a case about whether keeping 3-D-printed guns from getting into the wrong hands limits First Amendment freedoms.

In 1971, a slim volume filled with instructions detailing how to create explosives and other weapons proliferated across bookshelves. The Anarchist Cookbookwas one ideological young American’s attempt to make a political statement; in this case, the author was registering his opposition to the Vietnam War and the draft letter he had received. The book set off an urgent and fearful debate. In a letter to a top official at the Justice Department, FBI Director J. Edgar Hoover wrote “of the inherent threat that distribution of the book poses to this country’s internal security.” But, he lamented, “the FBI has no control over material published through the mass media.”

Five years ago, another ideological young American published another kind of how-to manual. In the 21st-century iteration of the story, the medium is the internet, not a book; and instead of half-baked plans to build ineffective bombs, there are blueprints that can be downloaded as code and used to create functional plastic guns from a 3-D printer. At the time the material was published, the State Department claimed that 3-D-printed guns posed a direct threat to America’s national security. The State Department argued that the publication violated its arms-export controls, and sued to force the removal of the plans from the internet. The blueprints’ creator—Cody Wilson, an anarchist firearms enthusiast who enjoys trolling gun-control advocates and is based in Austin, Texas—begrudgingly took the plans off his website.

This spring, Donald Trump’s State Department changed course by settling Wilson’s case out of court and granting him permission to publish his plans. The settlement would have allowed the blueprints to be published online this month. But a federal judge in Washington put Wilson’s plan on hold after Democratic attorneys general in eight states (including New York and New Jersey) and Washington, D.C., brought a lawsuit claiming the State Department had acted inappropriately. On Tuesday, lawyers representing these eight states, the State Department, and Wilson met in court in Seattle, where the judge announced that he will decide by Monday whether the plans must remain offline. Beyond the specifics of the case, the courts are again grappling with a recurrent question: When does U.S. national security trump the free-speech rights of U.S. citizens? Most agree that the First and Second Amendments give Americans the right to download plans for 3-D-printed guns off the internet. What the judge must decide is whether those freedoms should be abridged by the ability of foreign terrorists to download those same plans — and then use the guns to attack the United States.

When Wilson’s blueprints first appeared online five years ago, they were downloaded more than 100,000 times in two days. But it was the Spanish, not the Americans, responsible for the most downloads in those opening days. Other countries with citizens eager to explore the new technology included Brazil, Germany, and the United Kingdom—countries with much tighter gun laws than America. “Such guns can fire a bullet and they can probably kill,” a European Union law-enforcement official said that year. “It is a very unwelcome development.” The State Department soon got involved, ordering the files taken down for violating American arms-export rules.

Typical guns are made of metal, and they’re difficult to assemble and tough to hide, especially since federal law requires that they can be traced through serial numbers and detected at metal detectors. Wilson wants to make getting a gun much easier. With a 3-D printer and high-quality plastic (and several thousand dollars, and some tech know-how), anyone could create a gun at home if they downloaded Wilson’s plans. The actual object doesn’t look like much—a hybrid of a plastic water gun, the kind kids play with, and a real pistol.

The Liberator, as Wilson named the gun, is fragile; since it’s made of plastic, it could fall apart after a shot is fired if users don’t put it together correctly. But it also has the potential to evade metal detectors, and the fact that it could be manufactured at home means people who are otherwise forbidden from buying guns could have access to it. So when the plans were first posted, gun-safety advocates were alarmed. The guns “evade our detection systems and are a direct threat to our national security,” said Democratic Senator Bill Nelson of Florida.

But there was little to stop the plans being published, given both First Amendment free-speech protections and Second Amendment gun-ownership rights. In 2013, when Barack Obama’s State Department got involved, it became clear that this matter concerned national security, not domestic gun politics. “None of this has anything to do with any domestic control over anything,” said Kevin Wolf, a former Commerce Department official under Obama who worked on arms-export issues.

The foreign-policy interest here, a State Department spokesperson told me, was keeping the plans away from people in other countries who might pose a danger to America. “It seems like a no-brainer to me that, yes, they can get into the wrong person’s hands, and, yes, they can be harmful,” said William Banks, a Syracuse University law professor and national-security expert, in an interview.

Until June, the State Department—through the end of Obama’s term and the start of Trump’s—held a similar position. In 2015, a judge summarized the agency’s position: “The State Department is particularly concerned,” the judge wrote, that Wilson’s technology could be used “in an assassination,” to manufacture weapons by “terrorist groups, or guerrilla groups,” or “to compromise aviation security overseas … directed at U.S. persons.” Yet this year, the federal government changed course, with the State Department acceding that Wilson’s blueprints were legal under newly designed federal regulations.

This spring, the Trump administration announced a simpler set of arms-export rules to make exporting firearms abroad easier. Before, gun manufacturers would need a license from the State Department to sell arms in other countries, but now they could get that license from the Commerce Department—more quickly and with less oversight, since the new rules no longer consider most guns to be military weapons. And under the new rules, plastic-gun blueprints were okay, so long as Wilson registered with the government.

Many interpreted the move as an effort to appease gun manufacturers. But Wolf, who helped draft an early version of the policy under Obama, said, “The Trump administration’s rule and [Obama’s] rule were both identical” in requiring anyone exporting a gun to get a license. That likely includes Wilson.

With these changes set to go into place, Wilson approached the State Department about his case, said Josh Blackman, Wilson’s lawyer, in an interview. “This wasn’t about Trump want[ing] to put 3-D guns on the internet,” Blackman told me. “It’s such a silly headline.” The State Department decided to settle at the urging of the Justice Department, according to Heather Nauert, the State Department spokesperson. “We were informed that we would’ve … likely lost this case in court based on First Amendment grounds,” Nauert explained at a recent press briefing.

For Blackman—and Wilson and his nonprofit, Defense Distributed—it’s a First Amendment case. “Once we strip apart all the parts about plastic guns and traceable and all this other stuff, the government is telling U.S. citizens, ‘You can’t put a file on the internet,’” Blackman argued. “That strikes me as a core, core free-speech First Amendment issue, very straightforward.” But, he added, “the most simple constitutional arguments become complicated once guns are involved.”

Yet the issue extends beyond Americans and their First Amendment rights because the plans could be downloaded anywhere in the world. “Whether people like it or not, it is legal for American citizens to download this information,” Nauert said at a briefing last month. The threat changes when people elsewhere in the world download the blueprints. Senator Ed Markey of Massachusetts expressed concern at a Senate hearing in July that the guns could be downloaded and assembled by militant groups like Hamas. Several countries, including Japan and Australia, have arrested people for making 3-D-printed guns from Wilson’s plans.

The reality—unfortunate for Wilson’s opponents, and largely irrelevant for Wilson—is that his blueprints remain quite easy to access on the dark web, even though his official website is now blank. But Wilson’s case is mostly symbolic. “Once it’s out, it’s out,” said Wolf, the Obama administration official, about information published online. “Even if you didn’t have the constitutional issue,” he explained, “there’s no real way to control it.”

“These are plastic guns that aren’t very helpful or very useful,” Blackman told me. “They’re very brittle, they’re not very good, there’s a lot of things wrong with them.” A 3-D-printed gun would only make it through a metal detector unnoticed if it lacked the metal firing pin that is necessary for the gun to function, to say nothing of bullets. And, Blackman explained, “if you don’t make it right, it’s going to blow up in your hands.”

For now, Wilson’s plans have been stymied yet again, this time by a federal judge in Washington who ruled on July 31 that the changes to arms-export regulations must be put on hold. But the case still gets to the heart of a long-standing debate in America’s legal system. “This same debate, about the publishing of sensitive information, is inherent in the system,” Wolf said. “It came up with nuclear-weapons technology in the ’80s. It came up with encryption technology in the ’90s.”

Terrorists and other foreign actors intent on harming the U.S. have long figured out how to do so without The Anarchist Cookbook or a blueprint for a 3-D-printed gun. And in this case, the item that raises national-security concerns might not pose much of a real threat. But new technology that does threaten the U.S. and its allies will continue to emerge. And the battle that ties censorship to safety and freedom to fear will continue to rage. 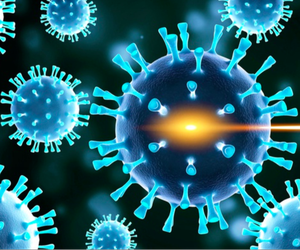 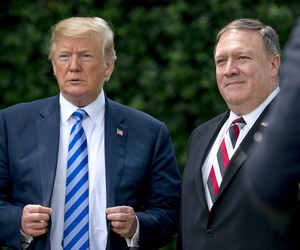 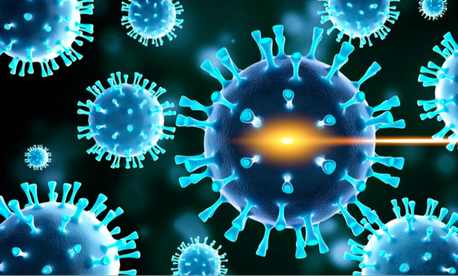 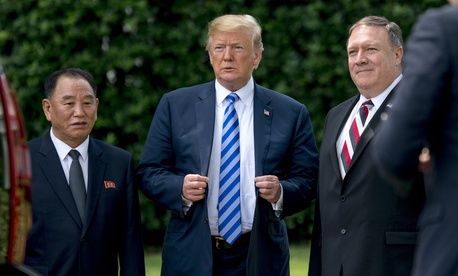