Congress is expected to quickly pass a new stopgap spending measure to reopen the government through Feb. 15.

Federal agencies are set to reopen after lawmakers and President Trump reached an agreement to end the partial government shutdown, at least temporarily.

Both chambers of Congress are expected to quickly take up and pass a three-week stopgap spending measure, which would bring an end to the longest-ever government shutdown. The measure will not include any increased funding for Trump’s proposed wall along the U.S.-Mexico border, which the president said must be part of any deal to reopen the government. It will fund agencies for three weeks, through Feb. 15. The shutdown is in its 35th day.

More than 800,000 federal employees are now poised to receive their first paycheck since late December. About 300,000 of those are home on furlough, but Trump recently signed a measure guaranteeing their back pay. As of Friday, the government had racked up a bill of more than $3 billion to pay employees not to work.

At the White House on Friday, Trump said he would ensure federal employees would receive their back pay “very quickly, or as soon as possible.” He also thanked them for their service and praised those who worked without pay, calling them “incredible patriots.”

“I want to thank all the incredible federal workers and their amazing families who have shown such amazing devotion in the face of this recent hardship,” Trump said. “Many of you have suffered far greater, far more than anyone but your families would know or understand.”

The breakthrough occurred after repeated attempts by Congress over the last month to pass a stopgap bill were rejected by the White House, and only after agencies have been increasingly crippled by the ongoing appropriations lapse. Those that had survived the opening weeks of the shutdown relatively unscathed were starting to run out of leftover funds, and “excepted” employees being forced to work without pay were increasingly calling out sick or due to financial hardship. On Friday, major airports saw disruptions as large numbers of air traffic controllers refused to come to work.

The Senate had not held any votes attempting to reopen government until Thursday, when it rejected both a proposal with wall funding and immigration reforms put forward by Trump and a “clean” continuing resolution. Senate leaders Mitch McConnell, R-Ky., and Chuck Schumer, D-N.Y., subsequently began negotiations for the new CR plan.

Some lawmakers expressed consternation with what finally motivated both sides to come together and reopen government, noting that federal employees have been suffering for weeks.

“People have gone without food, medicine and gas in their car because of this shutdown, but delayed flights are what brings us to this moment?” Sen. Brian Schatz, D-Hawaii, asked on the Senate floor Friday. “Shame on us.”

Federal agencies will soon begin the laborious process of reopening, which will involve communicating with furloughed employees—banned from using government devices and email—to bring them back to work and addressing backlogs piled up due to missed time.

Trump used his address to again pitch the importance of his wall and hinted that he could still declare a national emergency to fund it. 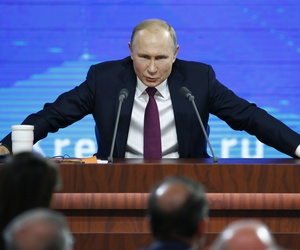 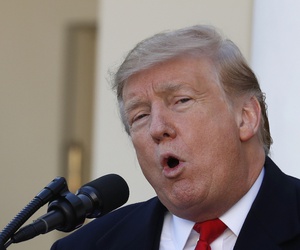 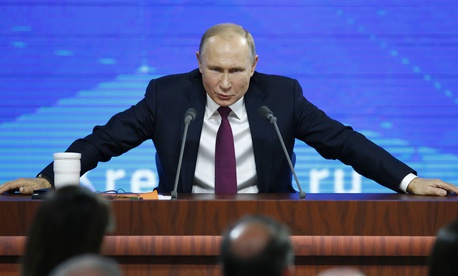 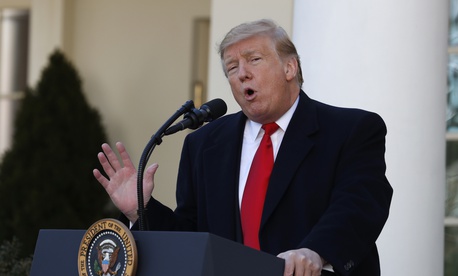