In this Sept. 15, 2018 file photo, U.S. special representative to Ukraine Kurt Volker attends the 15th Yalta European Strategy (YES) annual meeting entitled "The next generation of everything" at the Mystetsky Arsenal Art Center in Kiev, Ukraine.

Former officials say that the characterization of Volker that has emerged in some press reports is untrue.

A week ago, most Americans had never heard of Kurt Volker, whom Donald Trump appointed as special representative to Ukraine in 2017. But then Volker’s name appeared in the whistleblower complaint about Trump’s alleged attempts to solicit foreign interference in America’s upcoming elections.

Volker resigned his diplomatic job last Friday; later this week, he’ll appear before the House Intelligence Committee to answer questions about his role in U.S. foreign policy and his interactions with Rudy Giuliani, the president’s personal attorney.

A Saturday report in Politico added to his troubles, suggesting that he may have had a conflict of interest in some of his volunteer work as a special representative. But former diplomats, senior military officers, and defense officials who have worked on Ukraine issues and know Volker described him as a “consummate professional,” and a principled and dedicated advocate for Ukranian democratic efforts. They pushed aside the notion that his work as a special representative was in any way unethical.

“I think he’s been mischaracterized by the media,” said Phil Breedlove, a retired Air Force general who led U.S. European Command and served as Supreme Allied Commander Europe. “Our nation asked Kurt to do this job. He didn’t go seeking for this job. He has plenty of work.”

Breedlove, who says he’s known Volker for more than ten years, described him as a smart and savvy diplomat, moderate and non-partisan in tone. He said that although Ukraine-watchers know Volker as a close chronicler of Russia’s repeated violations of the Minsk II ceasefire agreement, his impact was broader. “He is someone who has been working in the community to bring people together to address the Ukraine business.”

Breedlove said Volker was singularly focused on drawing attention to Ukraine’s plight. “Kurt was able to keep Ukraine’s problems in the forefront of the current conversation. He was able to bring a positive spotlight to advance those issues to help aide Ukraine in the long term…He tries to work in places where he can reach left and right and pull people into solving a problem and work in a bi-lateral sense… I think it’s sad to see a magnificent human being like this, working to mainly benefit Ukraine, dragged into something with political overtones”

Steven Pifer, a former ambassador to Ukraine, now a Brookings Institution fellow, said in an email, “I know Amb Volker — he worked very hard to help find a settlement to the conflict in eastern Ukraine and, when it became clear that Moscow was not ready for that, to maintain international attention on and support for Ukraine.”

Evelyn Farkas, a former deputy assistant defense secretary for Russia, Ukraine, and Eurasia, described Volker as a “consummate professional. He cares deeply about democracy in America, democracy in Ukraine.”

The Politico story suggests that Volker had a conflict of interest: he worked to secure weapons for Ukraine, including Raytheon’s Javelin anti-tank missile, while also acting as the executive director of a Washington-based think tank that received some funding from Raytheon.

“At the same time Volker was pushing to convince Trump to arm Ukraine, he also held positions with a major lobbying firm, BGR Group, and with a think tank, the McCain Institute, that both had financial ties to Raytheon Company, which manufactures the Javelin system and earned millions from Trump’s decision,” it reads.

Breedlove, Pifer, and Farkas all pushed back strongly against the suggestion that Volker’s work advocating for anti-tank missiles was somehow tied to Raytheon or his work with the McCain Institute. Each said that they also had advocated for Ukraine to receive the missiles; moreover,  Ukraine’s well-publicized need for them existed long before Volker’s 2017 appointment.

“The push to provide Ukraine with man-portable anti-armor weapons, i.e., Javelin missiles, significantly predates Amb. Volker’s appointment as special envoy,” wrote Pifer. “I visited the Ukrainian field headquarters for military operations in Donbas in January 2015. I specifically asked the Ukrainian headquarters staff if they sought Javelins, and they shouted back ‘da, da, Javelins’ (‘yes, yes, Javelins’). President Obama chose not to act on that recommendation, in part, I believe, because German Chancellor Merkel, who was just about to convene the Minsk meeting with Presidents Putin and Poroshenko, asked him not to provide lethal assistance.”

He added, “the notion that Kurt was the driving force here, it’s just preposterous.”

Farkas added, “I was there right from the beginning, from 2012 to 2015, for each [aid] package we put together. My office was the loudest voice arguing for [the Javelins] and me, in particular, because I was the one who had to carry that spear. We were advocating for Javelins and it had nothing to do with industry. They were the state of the art anti-tank weapon… To the best of my knowledge, no lobbying was necessary.”

On the issue of his involvement with Giuliani, however, Volker’s role is far murkier. In the complaint, the whistleblower says that Volker was working to “limit the damage” that Giuliani was causing to U.S. national security interests.

Giuliani called that a “provable lie” in an interview with NBC on Thursday. In a second interview with Fox’s Laura Ingraham, Giuliani actually displayed a series of text message exchanges between him and Volker, exchanges that seemed to show Volker setting up meetings between Giuliani and top Ukranian officials to discuss the Biden family.

Sen. Chris Murphy, D-Conn., was quick to take to Twitter and ask, “This isn’t real, is it? Giuliani didn’t just voluntarily expose a highly illegal coordination between the Trump campaign and the State Department?”

This isn’t real, is it? Giuliani didn’t just voluntarily expose a highly illegal coordination between the Trump campaign and the State Department? https://t.co/iESL7UgxSx

Which description of Kurt Volker’s activities is true? He declined to comment in advance of his scheduled deposition on Thursday before the House Intelligence Committee. But Farkas said that based on her experience of Volker, she believes that the whistleblower’s depiction is the far more accurate one.

“This guy, he’s not going to get involved in any kind of shady political dealings for Donald Trump, or Rudy Giuliani, etc. So my understanding of his role is pretty much the way the whistleblower described it in the memo, where he or she said that Kurt and the other ambassador were trying to minimize the damage,” said Farkas. “I can well imagine him trying to coach the Ukranian government. It’s the kind of thing I would have done as well.”

Said Breedlove, “Kurt, in his quiet way of doing business, is always trying to do what he was charged to do, which was to carry the water for Ukraine, help Ukraine get to where it needs to be. There’s no doubt in my mind that whatever Kurt did, he is, in his mind, trying to advance the cause that he’s been asked to shepherd.”

Presumably that does not include furthering a baseless conspiracy for the narrow political interests of the White House. The House Intelligence Committee will soon reveal if that is true. 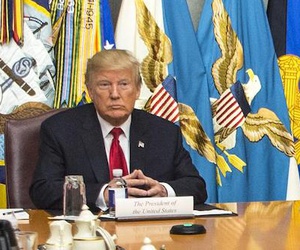 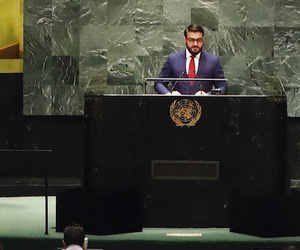 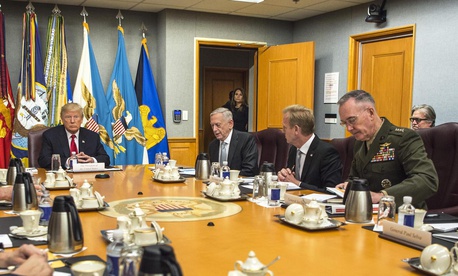 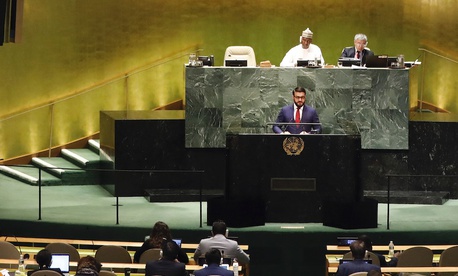