Aref Nayed, then the Libyan ambassador to the UAE, attends the Contact Group Meeting on Libya in the Qatari capital Doha on Wednesday Aug 24, 2011.

US support for the UN-recognized Libyan government is in question after a series of quiet meetings with an enterprising presidential hopeful.

Trump administration officials have had multiple meetings with a Libyan politician aligned with the opposition general fighting the U.S.-backed government in Tripoli, hinting that the administration may be rethinking its Libya policy.

Officially, the United States supports the UN-negotiated Government of National Accord, or GNA, in Libya. Those forces have been battling back advances by Khalifa Hifter’s Libyan National Army, or LNA, backed by Russia and the United Arab Emirates. Earlier this month, the State Department issued a joint statement with the GNA calling on Hifter’s forces to halt their months-long offensive on Tripoli.

President Trump threw U.S. support for the GNA into question in April when he called Hifter — a dual Libyan-American citizen and a former CIA asset — in the early days of the offensive and appeared to endorse his campaign against the capital. The White House said in a statement at the time that Trump “recognised Field Marshal Hifter’s significant role in fighting terrorism and securing Libya’s oil resources, and the two discussed a shared vision for Libya’s transition to a stable, democratic political system.” The Trump administration later distanced itself from Hifter, but the call ignited an uproar in Washington over whether the U.S. was switching its allegiances.

In two meetings with National Security Council officials in Washington this fall, Aref al Nayed, an Islamic scholar and former ambassador to the UAE, has pitched himself as a transitional political leader for Libya after Hifter, the military commander, “liberates” Tripoli, according to documents provided by Nayed and multiple sources with knowledge of the meetings. Nayed, who has previously announced that he is running for president of Libya, fiercely condemns the UN-backed GNA and portrays himself as a consensus choice who will be able to bring together Libya’s tribal factions under a so-called “National Unity Government.” NSC officials were “noncommittal” to Nayed’s proposal, according to a former senior U.S. official familiar with the meetings.

“My two visits were for the purpose of presenting the narrative of Libya’s duly elected Parliament, its transitional government, and its Libyan National Army, and our reading of the current situation, as well as detailed plans for the formation of a National Unity Government, and holding general presidential elections within 18 months from the liberation of Tripoli,” Nayed told Defense One in an email. “The reception was attentive and positive, and we deeply appreciate it.”

Nayed also said that he has had “several” meetings with State Department officials over the past few months. A State Department official declined to comment on the meetings specifically, but said in a statement to Defense One, “The United States is engaged in broad outreach with a variety of Libyan stakeholders to promote progress toward an equitable economic and political solution to the conflict in Libya.”

The series of quiet meetings with NSC officials is “unusual,” the former senior U.S. official said. The former official likened Nayed’s pitch to the case of Ahmed Chalabi, the exiled Iraqi politician whose later-debunked claims that Saddam Hussein had weapons of mass destruction helped propel the Bush administration into invading Iraq in 2003.

Like Chalabi, the former official said, Nayef and his team “are very western, very connected, they’re businesspeople. He has all kinds of credibility as a person — it’s just that he doesn’t have the backing of people on the ground who would vote for him, so he’s looking for the West to make him into a leader.”

“It signals that the administration is now more active, which you saw last week with the statement out of the State Department, but they are searching for different political strategy,” said Ben Fishman, a former Libya director on the NSC under President Barack Obama. “They understand that the GNA has limited authority and they understand Hifter’s limitations as well.”

While Nayed presents himself as close to Hifter, according to multiple American sources familiar with his pitch, it’s not entirely clear in Washington where Hifter stands. He has expressed interest in leading the country himself, although Nayed said that the military commander has given him personal assurances that he will allow national elections to proceed if he is successful in capturing Tripoli.

Other analysts are uncertain of Hifter’s intentions. One senior administration official said in a statement that the U.S.“urge[s] all parties to the conflict in Libya to reject Russian interference” — an allusion to Hifter’s side — “and instead resume unconditional political negotiations.”

“I think there’s an understanding that Hifter is trying to set himself up as the next Ghaddafi,” said Joshua Meservey, a policy analyst at the conservative Heritage Foundation who specializes in Africa and the Middle East. “He clearly sees the solution to Libya’s problems being a military strongman. He happens to be one, so that works out great for him.”

Nayed, like Hifter, is widely known to be supported by the UAE. He is seen among Libya hands in Washington as soft-spoken, thoughtful and intelligent — and deeply ambitious. A known figure on the Libyan political scene since 2011, former U.S. officials and policy analysts who know him say Nayed has long harbored obvious political ambitions and presented himself as having strong tribal ties across Libya that would make him a unifying figure. But some former officials raised questions about the veracity of such claims, and how frequently he is on the ground in Libya.

“I interpret Aref as seeking to present himself as the person that can solve these issues,” said one former NSC official who worked on Libya issues. “And he’s extremely well-spoken and extremely smart and he presents himself very well. But whether he actually can deliver what he is claiming to represent as a civilian counterpart to Hifter remains to be seen.”

The Trump administration is calling for a political solution to the fighting, but has struggled to settle on a strategic policy in Libya, some former officials and analysts say. So far, the United States has concentrated on keeping oil supplies flowing and shoring up counterterrorism gains. Intelligence officials say ISIS has taken advantage of the chaos on the ground to launch attacks there, and the Pentagon this fall carried out a spate of airstrikes on ISIS targets in southern Libya, the first such strikes in over a year.

The former senior official described the U.S. approach to Libya as: “Keep the oil flowing and we’re not going to commit either way on what we’re going to do.”

Sporadic fighting around Tripoli continues, in particular through the use of drones by both sides. But the outcome of the fight between Hifter’s LNA and the internationally-recognized GNA is difficult to predict and most analysts describe it as a stalemate protracted by outside influence on both sides.

The UAE is Hifter’s staunchest foreign backer, said a U.S. defense official in a recent phone call with reporters, providing a variety of arms and material support including drones. Egypt also supports the LNA, as does the Russian shadowy paramilitary organization, the Wagner Group. (The former senior official suggested that if Hifter weren’t partnering with Moscow, “he probably would have gotten a nod from the U.S. by now, to be honest.”)

The GNA also has Turkey on its side, providing drones and other precision strike capabilities, and Qatar has expanded its economic and security cooperation with the UN-backed government as well, the official said.

The Pentagon believes that the GNA “likely has an advantage in terms of sustainability,” the official said, but “those external actors are providing the material support allowing the conflict to extend itself into a protracted stalemate.”

“The forward line hasn’t changed much,” the official said.

It also remains unclear how Nayed’s proposal is received in Russia, which has ramped up its involvement on the ground in Libya in recent months.

“He’s not a bad person, it’s not that,” said the former senior U.S. official. “He’s really pushing to be PM and hoping someone will be kingmaker.” 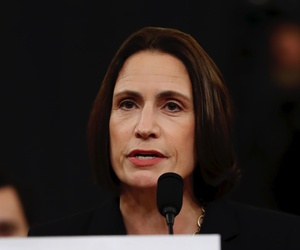 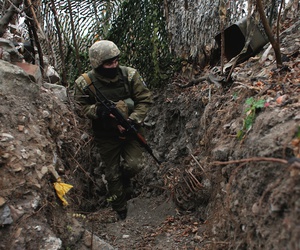 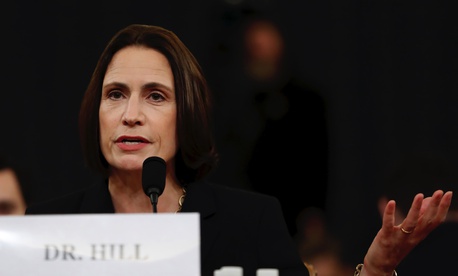