Some experts say the budget proposal assumes a worrying amount of near-term risk.

The Pentagon wants to retire warplanes, drones, and ships, including some less than two decades old, freeing up hundreds of billions of dollars to develop and buy new weapons that defense officials say are necessary to win a war against China and Russia.

With a presidential election looming later this year, the moves laid out in the Defense Department’s fiscal 2021 budget proposal sent to Congress on Monday could be the Trump administration’s final chance to reshape the U.S. military for decades to come.

“[W]e are moving in the direction that we need to go after looking at our last few years doing land wars and now looking forward to a higher-end fight against an adversary that will have a higher capability,” Vice Adm. Ronald Boxall, the Joint Staff director of force structure, resources and assessment, said during a Monday briefing at the Pentagon.

After three straight years of increases, the Trump administration’s fiscal 2021 defense budget request totals $740.5 billion — in line with a two-year budget deal struck by Congress and the White House last year. The Pentagon portion of the budget is $705.4 billion, down 1.1% from last year’s $713 billion budget, while the remaining $35 billion is for national security projects overseen by the Energy Department and other government agencies.

Top Pentagon officials said the budget proposal would fund “irreversible implementation of the National Defense Strategy,” the document produced under former Defense Secretary Jim Mattis that predicts an era of “great power competition” with China and Russia. That echoes a Jan. 6 memo to the Pentagon from Defense Secretary Mark Esper, who called for “ruthless prioritization” in order to “achieve full, irreversible implementation” of the 2018 strategy.

The Trump administration’s first two defense budgets spent heavily on readiness, and particularly on training and maintenance for forces. Now it’s spending to develop a new generation of weapons: $107 billion in the 2021 proposal. But procurement itself would drop to $137 billion from $144 billion.

“The broader question for all of the services, as force structure plans contract, is the political perception,” said Mark Cancian, a former Office of Management and Budget official who is now a senior adviser at the Center for Strategic and International Studies. “The budget has been going up, but now the forces are getting smaller, and what are we really getting for our money.”

If DOD’s plan is approved by Congress, the Air Force alone would retire hundreds of warplanes over the next five years — including B-1 bombers; A-10 attack planes; F-15 and F-16 fighter jets; C-130H cargo planes; KC-10 and KC-135 aerial tankers; and high-flying Global Hawk spy drones.

Yet these cuts would only trim the various fleets, reducing capability and increasing strain on the remaining aircraft without eliminating entire supply chains, training requirements, and the like.

“I view it as hedging — that they’re afraid to let go of things completely,” said Todd Harrison, who directs defense budget analysis and the Aerospace Security Project at CSIS. “They’re shooting themselves in the foot because they’re guaranteeing that they’re going to have a smaller force structure in the future by making partial fleet reductions now. If you retire whole fleets, you get way more in savings, then you can buy a larger fleet in the future.”

Lawmakers have repeatedly rejected the Air Force’s calls to get rid of planes, like the A-10 Warthog.

The Army plans to cancel 41 programs and cut or delay another 39, though officials would not immediately specify which ones. Officials said these moves would free up $13.5 billion between fiscal 2021 and 2025.

The Pentagon strategy of reducing weapons buys and retiring equipment creates near-term risk in the coming years until those new weapons arrive and become battle-ready at the latter part of the decade.

“The Air Force is now in a position of assuming increased risk in the 2020s as it seeks to rebalance for peer conflict, which it has to do,” said Doug Birkey, executive director for the Mitchell Institute for Aerospace Studies. “However, it is still stuck dealing with lower-tier groups like ISIS, which wears the legacy force thin. This risks wearing out remaining aircraft faster than new iron can be acquired—from both a production and budgetary standpoint.”

The Pentagon plans to put the money it saves the retirements into new weapons, including fast-flying hypersonic weapons; artificial intelligence and hundreds of new, small satellites.

The 2021 budget requests seeks $29 billion for nuclear weapons, up 18 percent increase from the enacted 2020 amount. The money would go toward new intercontinental ballistic missiles, B-21 stealth bombers, Columbia-class ballistic missile submarines, and a new computer network to transmit launch codes from the president to the launch crews.

The Air Force has been moving quickly, particularly on its ICBMs, in part to make controversial nuclear-weapons projects more difficult to cancel even if Trump is not re-elected.

“[T]hey are speeding toward trying to get the next milestone and…actually get things awarded on contract as quickly as possible so that becomes harder to reverse if there’s a new administration,” Harrison said.

The Pentagon also wants $18 billion for new satellites, spacecraft and standing up the U.S. Space Force, the new branch of the military within the U.S. Air Force.

The Navy plans to buy eight warships, down from the 12 funded in the fiscal 2020 budget, which Pentagon officials last year billed as the ““the largest ship construction budget request” in 20 years as it tries to meet President Trump’s calls for 355 warships.

“We have a balanced force focused on long-term competition through increased investments in lethality and modernization,” a senior defense official said of the 2021 request.

The decrease in shipbuilding was not received well by Rep. Joe Courtney, D-Conn., chairman of the House Armed Services seapower and projection forces subcommittee.

“The President’s shipbuilding budget is not a 355-ship Navy budget,” Courtney said in a statement. “This weak, pathetic request for eight ships – of which two are tugboats – is not only fewer ships than 2020, but fewer ships than the Navy told us last year it planned for 2021.”

A senior defense official noted that the five year spending projections are “not really keeping pace with inflation.” Defense Secretary Mark Esper and other defense officials have said the Pentagon needs 3 to 5 percent annual increases to its budget to properly fund the priorities of its National Defense Strategy.

While the Defense Department did not release its five-year spending projections, a senior defense official laid out its internal planning figures, for the Pentagon’s share of the defense budget.

“We need stable, predictable, adequate and most importantly, timely budgets,” a second senior defense official said. “Those are the things we need to make sure that we can sustain the force.”

Even if Trump wins a second term, experts do not foresee the types of defense spending increases that Pentagon officials say they need.

Trump “has given the Department of Defense a plus-up, but now he’s going to do what Ronald Reagan did, which is in the last two years or three years of his eight years in office, he will start decreasing defense expenditures in order to start doing other things like balancing the budget,” John Venable, a retired Air Force colonel who is now a military analyst with the Heritage Foundation.

“Even if the current president is reelected, the military is going to see a decreasing topline,” Venable said. “If he is not re-elected and a Democrat comes into place, the budget will definitely take a hit.” 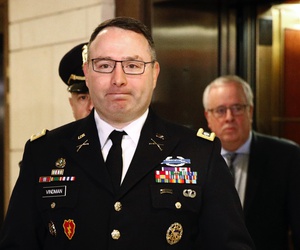 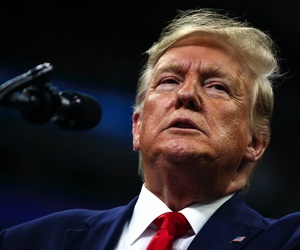 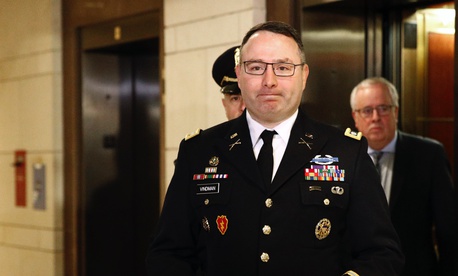 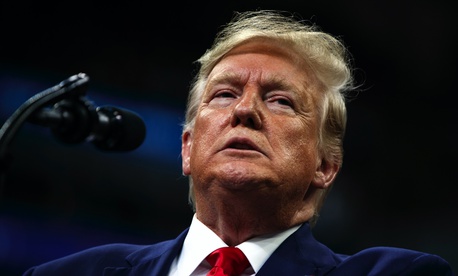