Guam is one place the U.S. could deploy new post-INF missiles in the Pacific. There aren't many other likely choices.

It would be a hard slog to get allies to agree to any sort of basing agreement.

The Trump administration said leaving the Intermediate-Range Nuclear Forces Treaty would allow the development and deployment of strategically and tactically new missiles in the Pacific region. But it’s not at all clear that U.S. officials will be able to persuade its allies to accept these missiles in useful locations.

“The United States absolutely needs a unified defensive concept for the First Island Chain in Asia, and this may rely on ship or land-based missiles. There is, however, very little allied appetite for receiving U.S. ground-based missiles at the moment,” said Mira Rapp-Hooper, a senior fellow at the Council on Foreign Relations.

This became apparent even before the U.S. withdrew from the INF pact. Last August, Defense Secretary Mark Esper said he wanted to deploy a new generation of soon-to-be-unbanned ground-launched missiles to Asia. Officials in Australia and South Korea quickly responded that they had no plans to discuss the deployment of such missiles on their soil.

Related: Building Post-INF Missiles Would Be a Waste, or Worse

Related: The US Just Launched a Long-Outlawed Missile. Welcome to the Post-INF World

Yet Thomas Karako, Senior Fellow at the Center for Strategic & International Studies said a wider-ranging dialogue about Asia-Pacific security and mutual defense goals would lead to fruitful basing agreements with allies. “It’s imperative to connect our security objectives first before discussing how these missiles might serve us and our allies.”

Others were less optimistic. Steven Pifer, a senior fellow at the Brookings Institution, noted that even missile-defense deployments are a hard sell to America’s Pacific allies; reaching any sort of hosting agreement would “take a lot of American negotiating capital.”

And even if some allies agree to host U.S. missiles, the Heritage Foundation’s Dean Cheng said, they may not be willing to involve themselves in a crisis between the United States and China or Russia.

Aside from a patient dialogue with allies over basing agreements, what other options are there? In a December op-ed, the Hudson Institute’s Rebeccah Heinrichs and Tim Morrison, former senior arms control official at the National Security Council suggested that the Trump administration reach out to Pacific allies to co-finance and co-develop missiles, both to shoulder more of the burden of their defense, and to get around any reluctance to harbor U.S.-made arms.

But other experts said such proposals were unlikely to bear fruit. For one thing, the Missile Technology Control Regime discourages nations from proliferating missiles and missile technology.

“The MTCR remains on the books as a regional and international commitment, so transferring technology that would help lead to longer range missile development is currently discouraged,” Cheng said. “This would include helping in development or outright transfer. [It is not] clear that this would necessarily improve regional security, since such technology transfers may lead to subsequent sales or transfers to third parties.”

Rapp-Hooper said that burden-sharing agreements were unlikely, “yet allies might be persuaded to develop indigenous systems, which they would ideally network over time — itself a major political and technical lift.”

The experts were more sanguine about the chances that deploying new post-INF missiles would destabilize the Asia-Pacific region. They noted that Russia and China have already been manufacturing and deploying such missiles.

“The U.S. deployment of these missiles would not introduce a new capability into the region, but rather give the U.S. more options to meet a growing military challenge from Beijing,” said Abraham Denmark, who runs the Woodrow Wilson Center’s Asia Program. “That being said, it is important for Washington to engage Beijing and Moscow on these issues, and identify opportunities to enhance transparency and address concerns about stability and crisis management.”

Pifer suggests that this moment offers a chance to develop an agreement to limit INF-type weapons between China, Russia, and the United States.

Karako believes that moment will come only after years of intermediate-range missile deployment in the region.

Bottom line, Denmark said: “The U.S. still has a lot of homework to do on what kind of missiles it would look to field and how they would operate in various regional contingencies. If the U.S. can make the case to its allies and partners that the deployment of these missiles would enhance deterrence and strengthen U.S. capabilities, some allies may start to come around.” 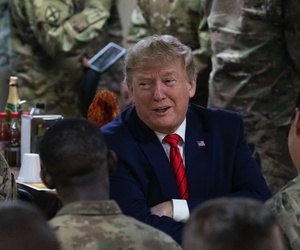 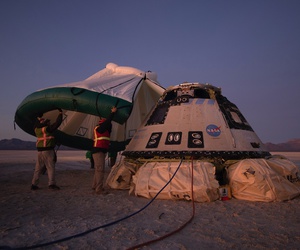 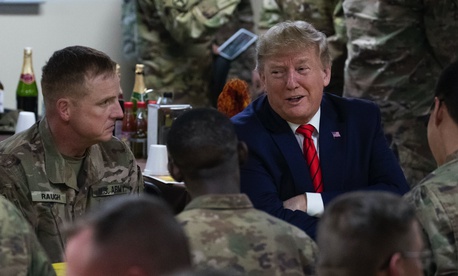 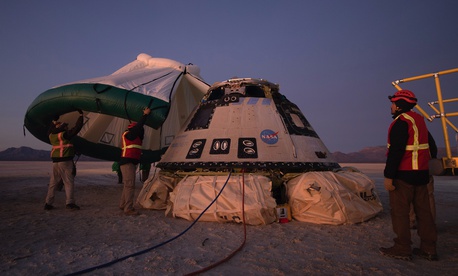