The military is pushing ahead with directed energy weapons. by Patrick Tucker

The Pentagon has put lasers on planes and on ships. Now, the Army Space and Missile Defense Command has issued a call to industry to help it build a 50-kilowatt laser that can fit on the back of a mobile-home sized truck.

The United States military is building off of several recent successful laser demonstrations. In 2011 the Navy showed that a ship-mounted laser that was under 100-kilowatts could successfully shoot down drones and sink small boats.

Now, the Navy plans to deploy a laser aboard the USS Ponce, an amphibious transport dock, in the Persian Gulf this summer.

With this new solicitation, the Defense Department’s project is entering a new phase. The Army’s High-Energy Laser Mobile Demonstrator project or HEL MD, began in 2011, and had its first successful demonstration last December, in White Sands, New Mexico, when a 10 kilowatt laser successfully bested six drones and 90 mortar rounds. Additional testing is expected later this year.

The Army wants the laser to fit on a truck that’s 8-feet wide by 53-feet long. It’s not the laser that is that big, rather its the enormous amount of refrigeration equipment that the laser requires. The Army eventually wants to shrink and mount the laser on smaller vehicles, which is a logical step since enemies don’t just shoot rocket-propelled grenades at trucks the size of houseboats.

Keep in mind, the truck cannon won’t look like something from G.I. Joe (with a beam colored red or blue depending on good or evil affiliation.) The beam’s energy would be too small to cause enemy tanks or aircraft to suddenly explode. Instead, the beam would burn holes in robot airplanes and mortars like a magnifying glass over a leaf. About 90 percent of the power would oscillate in a range that’s two nanometers wide and would be invisible The system would have a second targeting beam at 532 nanometers, or about the size of that dot that emerges from a common laser pointer.

Upping the power on the laser would improve the range of the beam, giving operators more time to target incoming drones that were farther away. The goal is to eventually get to 100 kilowatts of power, which, as Lisa Martinez pointed out in this piece for ABC News, would allow the weapon to shoot down 10 times as many drones in the same period of time.

This sounds like a lofty goal, but it’s one that’s already been reached. In 1968, the Defense Advanced Research Projects Agency, or DARPA, successfully demonstrated a 100-Kilowatt laser called the Baseline Demonstration Laser. The Navy followed in 1975, with the 250-kilowatt Navy-ARPA Chemical Laser. But those lasers were powered by chemical reactions, which is not consider particularly useful for the battlefield. Chemical lasers are big and difficult to use. Today, they’re seen as high expense and low allure.

Case in point: The U.S. Missile Defense Agency spent $5 billion worth of taxpayer money getting a chemical laser aboard a Boeing 747. The goal was to zap Iranian or North Korean intercontinental ballistic missiles from the air. Though the laser boasted a megawatt of power, the military determined that the thing didn’t have enough juice to shoot down a missile launched from inside a hostile country from far enough away to be of use (among other problems.) The Airborne Laser Test Bed project was shuttered in 2011.

For the laser truck, the Army wants an easier-to-work-with, shorter range, solid-state fiber laser that uses coiled fiber optics to amplify the laser’s energy intensity. In the solicitation, the Army stipulates that the laser has to be turnkey, meaning that soldiers in the field must be able to fire it without the supplier standing by.

Getting a fiber laser beyond the 50-kilowatt range has proven challenging. But DARPA is funding research into a 150-kilowatt solid state laser that’s to be “ten times smaller and lighter than current lasers of similar power.” The agency means to deploy these on planes (again) but these mini-blasters would shoot at far smaller targets, like drones. The agency is looking to test a 150kw laser aboard a plane this year, according to Aviation Week.

In the meantime, you don’t have to climb aboard an experimental U.S. military truck or ship to encounter directed energy technology. Just fly to Israel. The defense ministry is constructing a massive laser shield (called the Sky Shield) to protect commercial aircraft from ground rockets, a system that the Israelis successfully tested this week.

CORRECTION: This article was corrected to reflect that the reference to the laser’s width of two nanometers refers to beam wavelength, not spot size. 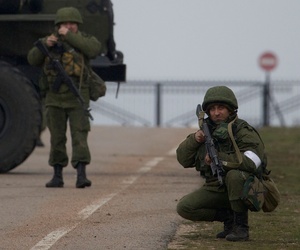 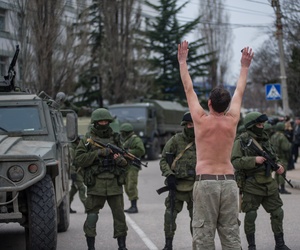 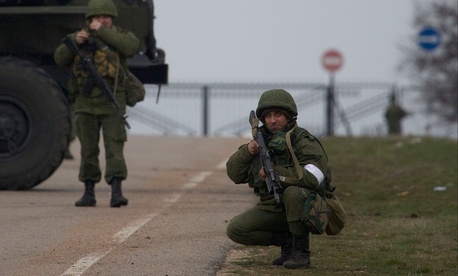 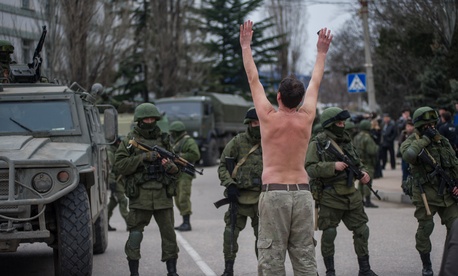