Shifting Left: How DevSecOps Strengthens Agency Security and Risk Management
Skip to Content
Get all our news and commentary in your inbox at 6 a.m. ET.
Science & Tech
Can Crowdsourcing Help Find Malaysian Flight MH370?

Despite its shortcomings, crowdsourced mapping has been useful in disasters before. By Annalisa Merrelli 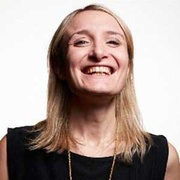 It now appears that the search for Malaysia Airlines flight 370, which vanished en route from Kuala Lumpur to Beijing a week ago, was in the wrong place. Investigators now think the plane was deliberately diverted from its planned route; satellite data suggest its last communication came from one of two long but narrow corridors , a northern one stretching from the Kazakhstan-Uzbekistan border to northern Thailand, and a southern one from Indonesia to the southern Indian ocean.

That complicates things for one search effort: The massive crowdsourcing project by Tomnod , which has enlisted about 3 million volunteers from around the world to pore over satellite imagery.

Tomnod was born as a research project at the University of San Diego and acquired in 2013 by DigitalGlobe, a Colorado-based satellite imaging company. DigitalGlobe uploaded about 24,000 square kilometers (9,300 square miles) of high-resolution imagery to Tomnod, collected in some of the areas where the plane was originally thought to be. Users of the website can scan micro-portions of the map, each about the size of a city block, tagging anything that looks like wreckage, rafts, oil slicks, or other signs of the aircraft. Areas tagged by multiple people get passed on to expert satellite imagery analysts.

According to Digital Globe, as of yesterday, before the search in the South China Sea and Gulf of Thailand were called off, there had been more than 190 million map views, and each pixel available had been seen by a human eye at least 30 times. More satellite images are uploaded each day—14,000 square kilometers were added yesterday. As a comparison, an aircraft at low altitudes can cover 30 square kilometers in 8 hours.

However, even 24,000 sq km is only a small part of the area where the plane was originally thought to have vanished (see map below). And today’s change of focus means that area is no longer relevant. At the time of writing, Tomnod had not yet added new imagery.

Potential to save time and money

Despite its shortcomings, crowdsourced mapping has been useful in disasters before. In 2007 a similar crowdsourced search—albeit of much smaller dimensions—was launched to look for disappeared computer scientist Jim Gray , who disappeared while at sea on a solo sailing trip.

In 2011, Tomnod helped the United Nations’ refugee agency, UNHCR, by mapping a drought-stricken area of Somalia that was hard to monitor because of the conflict there. UNHCR needed to estimate how many people had fled their homes. Tomnod’s volunteers looked for signs of temporary shelter, and completed the job in 120 hours. Two years earlier, it had taken UNHCR two months to do a similar project without crowdsourcing.

Patrick Meier at the Qatar Computing Research Institute says the resources that can be saved through a similar approach are massive. Meier, who co-founded Harvard University’s Program on Crisis Mapping & Early Warning and headed the Somalia project, says social media and digital information are changing the face of disaster recovery, making information available in real time where it would need institutions days, weeks or even months. After Typhoon Haiyan hit the Philippines last year, he says, “50% of the information that went into making official information products, such as maps, came from user-generated content.”

In the case of a missing plane, crowdsourcing wouldn’t replace traditional search-and-rescue efforts during the initial hunt for survivors, where time is of the essence. But as time stretches on, the battalion of micro-mappers’ main contribution is to eliminate areas of the maps where there is no sign of debris or oil, so experts can focus on analyzing more promising leads. “It’s not just the wisdom of the crowd on its own,” explains Meier, “it’s about harnessing the wisdom of the crowd with the power of algorithm and the instinct of the expert.”

Tomnod has had its problems too. Due to the huge volume of traffic (an estimated 100,000 views per minute), the site was down for several hours on Mar. 11 and 12. But adding server capacity would fix that, and Meier suggests that could be easily done if in future disasters, governments paid to use crowdsourcing alongside traditional methods.

NEXT STORY: Navy Submarine Drones Will Predict the Weather Months In Advance