An audience member tweets a question as President Barack Obama and Twitter co-founder and Executive Chairman Jack Dorsey hold a "Twitter Town Hall" in the East Room of the White House in Washington, July 6, 2011.

The Obama administration wades into the growing debate on big data. By Patrick Tucker

The White House released an extensive report (PDF) Thursday looking at the future of big data, its potential benefits, and implications for privacy and discrimination.

John Podesta, a special advisor to the Obama administration who led the Big Data and Privacy Working Group, which released the report, told reporters that big data, when properly used, can help the government better provide services, including during times of crisis, such as natural disasters. He cited the recent storms in the South and the Midwest as the sort of situation where big data could give government and the public better situational awareness of facts on the ground.

“Drawing on open government data sources, including Census demographics and NOAA weather data, along with their own demographic databases, Esri, a geospatial technology company, has created a real-time map showing where the twisters have been spotted and how the storm systems are moving. They have also used these data to show how many people live in the affected area, and summarize potential impacts from the storms. It’s a powerful tool for emergency services and communities. And it’s driven by big data technology,” Podesta said.

The report is intended to help the White House to draft legislation to put before Congress to better regulate how businesses deal with big data. It outlines several key recommendations:

2. Pass National Data Breach Legislation. “A patchwork of 47 state laws currently governs when and how the loss of personally identifiable information must be reported,” the report said. It urges Congress to move toward a single standard, somewhat like the one in the Cybersecurity legislative proposal the administration put before the public in 2011. Podesta said data breach legislation has been stalled in Congress. “We really suggest that they push forward to get that done.” he said.

3. Extend Privacy Protections to Non-U.S. Persons. “We have to consider data an international issue,” Pritzker said.  “We should be leading in the international conversation in big data, reconfirming our commitment to an interoperable global privacy framework.” She said the Office of Management and Budget could pursue this without congressional action by helping government agencies to apply the Privacy Act of 1974 to people who aren’t in the U.S.

“We think that’s very important but will take a bit of time to get that process in place” Podesta pointed out.

4. Ensure Data Collected on Students in School is Used for Educational Purposes. “Over the next five years, under the president’s ConnectED initiative, American classrooms will receive a dramatic influx of technology—with substantial potential to enhance teaching and learning,” the report said. It recommends that the federal government look at how to modernize the privacy provisions under the Children’s Online Privacy Protection Act, among other pieces of legislation, to shield students from inappropriate use of their data.

5. Expand Technical Expertise to Stop Discrimination. The report takes specific aim at the practice of digital redlining, which is the use of consumer data and algorithms to extend different policies or services to different people in a way that’s discriminatory. “Extensive profiles about individuals and their preferences are being painstakingly developed by the companies that acquire and process increasing amounts of data. Public awareness of the scope and scale of these activities is limited, however, and consumers have few opportunities to control the collection, use, and re-use of these data profiles,” the report said.

“’Big data’ isn’t just a privacy issue—it’s also a civil rights issue,” Seeta Peña Gangadharan, a research fellow at the New America Foundation’s Open Technology Institute, said in a statement. “New technologies enabling massive data collection and analysis promise many economic and practical benefits, but they also have a dark side, creating new risks of data-driven digital discrimination and the reinforcement of existing inequalities through automated decision-making.” The White House report briefly mentions data broker firms that provide anonymized information on the purchase patterns, network interactions, and other aspects of individual consumer behavior to marketers. Data brokers have been subject to increasing amounts of lawmaker scrutiny.

6. Amend the Electronic Communications Privacy Act (ECPA.) Specifically, “Congress should amend the ECPA to ensure the standard of protection for online, digital content is consistent with that afforded in the physical world—including by removing archaic distinctions between email left unread or over a certain age,” according to the report. This sixth recommendation received quick welcome by some privacy advocates.

“Everyone who cares about their privacy should be glad that the president’s review group recommends updating ECPA to protect Americans’ communications. By recognizing that online and offline communications should be treated the same, the report lays the groundwork for keeping everyone’s emails, texts, and photos private and secure. Now Congress and the administration need to make this vision a reality by enacting ECPA reform without any loopholes,” Christopher Calabrese, legislative counsel with the American Civil Liberties Union, responded in a press release.

Technology may have gotten us into this mess, but the White House hopes that technology will get us out.

The government spends more than $70 million dollars a year funding privacy-related technologies such as encryption, tools to better insure hide user location, smart grid standards and the like. “The principal focus we had is what’s gong on with these technologies in the commercial world?  What’s going on in the rest of government? What’s going in law enforcement, in the educational sector?” Podesta said.

One key area of technological exploration outlined is the preservation of anonymity in healthcare data, and better means for rendering consumer data anonymous but still useful, which is also called anonymization.

Data anonymization is a key area of concern for many reform advocates who point out numerous examples of data that had been rendered anonymous easily being linked back to a person. For instance, last year, MIT Yves-Alexandre de Montjoye and César A. Hidalgo revealed that anonymous phone location data, which is used to market to specific demographic clusters of people, can be connected back to a specific phone, and thus an individual, with just four data points.

“Once data is collected, it can be very difficult to keep anonymous,” the report says.

Daniel Castro of the Center for Data Innovation called this belief mistaken. “While there have been some very high-profile examples of data re-identification, techniques do exist to effectively de-identify data,” he said in a statement.

“Overall, the report is a reminder that the opportunities from data are vast and unprecedented and, contrary to some press reports, the impact of big data is not all ‘doom and gloom.’ The administration should be commended for recognizing opportunities to advance data-driven innovation, but the report is a reminder that we have a long way to go before Washington gets over its fear of big data,” Castro said. 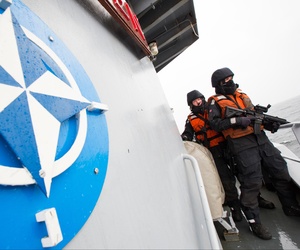 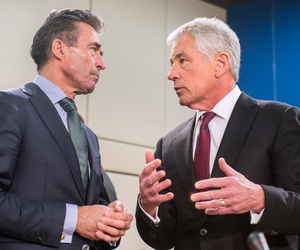 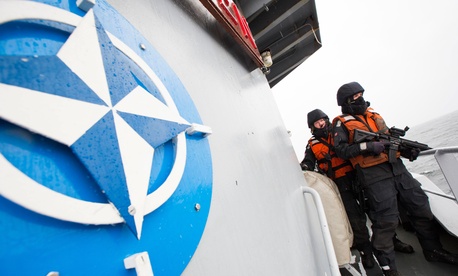 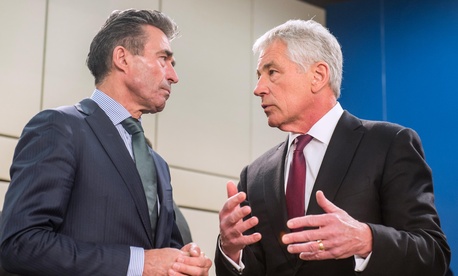