This Screen grab from an Islamic State affiliated Twitter account, taken Sept. 20, 2014, purports to show senior military commander Abu Wahib handing a flower to a child while in southern Iraq, as part of the group's broad social media campaign.

Both terrorist groups have embraced digital communications to spread their message. However, its the newer organization that has made a much bigger impact. By Laura Ryan.

Al-Qaida has an Internet presence nearly two decades old, using various platforms and—more recently—social media to push its message. But it is ISIS, the relative newcomer, that has escalated its Internet efforts to the point that governments are beginning to see winning the Internet as central to the fight against terrorism.

European government officials reportedly met Thursday in Luxembourg with heads of tech companies—including Twitter, Facebook, and Google—to discuss how to combat online extremism. And the U.S. State Department launched its own Center for Strategic Counterterrorism Communications in 2011.

Much of ISIS’s online strategy stems from lessons learned while its members were still in al-Qaida’s fold. But when the groups split apart, their online strategies diverged as well—especially in how they use social media.

From 9/11 to the executions of James Foley and Scott Sotloff, there seem to be no limits to the violence the two terrorist groups are willing to carry out. Now both groups use social media to wage their own brand of jihad, but they use it very differently. And their separate techniques not only reveal key divisions between the two terrorist groups, but also illustrate the depths of extremism that ISIS will plumb—and that al-Qaida won’t.

Here are a few key distinctions:

Both groups use social media to target and recruit foreigners, but ISIS is much better at it. The number of Westerners fighting alongside ISIS in Syria and Iraq could number in the thousands, thanks in large part to Twitter and Facebook, and this spooks the West.

Social media’s public and instantaneous nature is ideal for reaching ISIS’s target audience—young, disillusioned Westerners who are ripe for radicalization—and it gives them a sense of community.

ISIS showcases its recruiting success via Twitter and Facebook, where foreign recruits themselves become propaganda tools of the group’s digital war, according to Gabriel Weimann, a professor of communication at Haifa University, Israel, who has been tracking terrorists’ use of the Internet for nearly 15 years.

The Facebook profiles and Twitter handles of Western recruits are distinct because their nationality is usually noted after their new, traditional Muslim names. The American public is most familiar with ISIS’s graphic images, but recruits also share messages and images of daily life in Syria as peaceful, purposeful, and orderly.

“Even if they recruited them, radicalized them, changed their names, made them legal muslims, they keep calling them by the name of the country they came from,” Weimann said.

Al-Qaida never managed to find this kind of success, according to Weimann. Even though al-Qaida paved the way for ISIS on the Internet, the group has quickly outpaced al-Qaida at exploiting social media to its fullest potential. Al-Qaida certainly has a presence on social media, but the group still relies heavily on “older” platforms, like websites and forums, according to Weimann.

Take, for example, al-Qaida’s online magazine, Inspire, which aims to build an army of “lone-wolf” terrorists to carry out attacks in Western countries with articles like “Car Bombs Inside America” and “Why Did I Choose Al-Qaeda.”

“… Yes, the brothers have been inspired by Inspire,” the publication’s editor-in-chief Yahya Ibrahim wrote after the bombings. “This is not only because Inspire offers bomb recipes, but also because of the contents of the magazine as a whole.”

Video channels like YouTube are also important platforms for both groups to spread their propaganda. Videos are far-reaching, provide forums for discussion, and even allow a type of cyber martyrdom.

But al-Qaida’s and ISIS’s styles are noticeably different. ISIS glorifies violence in the images and videos it disseminates around the Web, whereas al-Qaida’s content is more restrained.

While most people react with disgust to ISIS’s graphic videos, there are some who are inspired by it—and that is exactly whom the group is trying to reach.

ISIS’s propaganda documentary Flames of War is produced in a Hollywood-esque fashion, complete with pyrotechnics and voiceovers. Again, these images appeal to a younger audience with a thirst for revenge, says Weimann.

“The Islamic state is going for a much more visceral appeal,” William McCants, a Brookings Institution fellow and director of the Project on U.S. Relations with the Islamic World.

The executions not only of Western journalists but also of Syrians young and old send the message, “We have no red lines and no boundaries and no limits,” according to Weimann.

But al-Qaida takes a different tack. ISIS’s ready embrace of gruesome violence, especially against Muslims, has long been a bone of contention, and it even contributed to the breakup between al-Qaida and ISIS in February. Because al-Qaida is more focused on fighting Western influence, it is much more concerned with currying favor with the wider Muslim community.

“They had red lines,” Weimann said. “I know it sounds crazy to say controlled, but it was controlled by Bin Laden. The violence was targeting targets that were chosen, selected, even in a rational way.”

While violence is certainly present in many videos associated with the group, McCants describes al-Qaida’s videos as “ponderous” and pedantic. It’s much more common to see videos like those produced by al-Qaida leader Anwar al-Awlaki, which numbered over a thousand at one point before Google took them down. Al-Awlaki preaching directly into the camera for close to an hour is in stark contrast to ISIS’s sophisticated and sensational production.

But don’t let the media hype fool you. Weimann predicts al-Qaida will outlast ISIS. ISIS has successfully maneuvered social media to achieve its desired effect—fear and recognition—but al-Qaida’s network is much wider and more deeply rooted than that of ISIS. 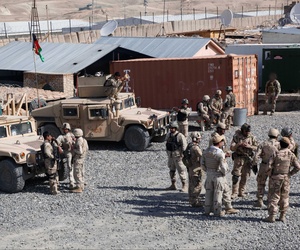 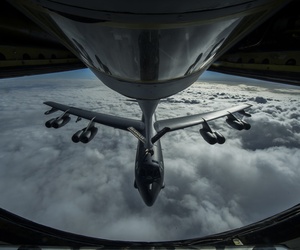 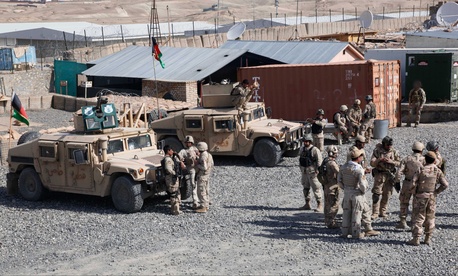 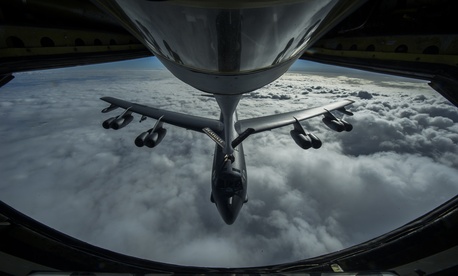