Members of the U.S. Army Special Forces soar out of the back of a C-17 during a HALO training exercise.

Looking for your car in a parking lot? How about a rooftop sniper? By Patrick Tucker

In 2010, Army Col. Stuart Bradin (retired) was in Afghanistan along with special forces operatives from France and other NATO countries, Drug Enforcement Agency operatives and elite units from the Afghan National Directorate of Security. They shared the same broad objective, disrupting the Taliban’s operations, but they originated from different forces, agencies and armies. And the amount of information that could be shared between them, including satellite and drone pictures, was severely limited.

The problem was that the owner of much of that imagery was the U.S. government and much of it was classified under a program called Warrior View. “We were able to share [map data] with our NATO partners, but not the Afghans standing right next to them,” Bradin said.

“It actually diminishes the operation some times,” Bradin told Defense One. “In 2015, a special forces guy walking around with classified imagery can’t do shit…If you’re in North Africa or in Asia Pacific, there’s probably not a NATO partner there.”

What Bradin and other (Army) Special Forces operatives needed was a way to do operational planning and management using map data that wasn’t highly restricted, using the same sort of commercially available map data that millions of smart phone users access all the time. “Just little things like getting the water right, you can drastically improve the quality of life in these places…and commercial [imaging] works. It’s pretty damn good,” he said.

In 2008, Arlington-based Thermopylae Science and Technology launched a Google Maps-based and geo-intelligence product called iSpatial for the State Department. State wanted a way to keep track of diplomats and department folks in Iraq. Some folks in the Defense Department believed it could be useful for military operations. Bradin and other Special Forces members began a dialogue with Thermopylae. The Special Forces members’ insight and operational needs are reflected in the product as it exists today.

We were able to share [map data] with our NATO partners, but not the Afghans standing right next to them.
Stuart Bradin, former U.S. Army colonel

Essentially iSpatial is a software kit that allows users to draw and share Google Maps, Google Earth (or OpenLayers, an open source alternative) with anyone that the user chooses. The program also lets you populate your map and run it in real time by querying objects stored in your database. The display can change depending on the rank (access level) of different users, the capabilities of the user’s device, the strength of the Internet connection, or other factors. “The end result is the ability to search for content geospatially as well as by arbitrary attributes, including the use of comparison operators. For example, ‘show me all commercial real estate on Wall Street above the 34th floor where the rent is less than $100/sq. ft’ takes about as long to query in iSpatial as it does to read that statement out loud.” The company explains in a white paper.

That’s the sort of capability that company president A.J. Clark wished that he had when he worked at U.S. Central Command. There, he used 25 different systems to solve problems for soldiers carrying out difficult operations.

“If there was a surface-to-air missile on the top of a roof and we had to fly that helicopter in, my job was to figure out how to take that surface to air missile, or take out the power grid, so that [the enemy] loses his locking system. There’s hundreds of ways to take out threats. I had one system that talked about electrical grids and one that showed me supply chain information. What I wanted was a single view, a system that I could go to and say ‘show me everything in this area that relates to this issue.’ I might have been able to, for instance, create a traffic jam to stop the guy from getting to the grenade launcher,” Clark said. “This lets you do that.”

Clark had enormous amounts of data at his disposal, but rarely was it configured in the format he most needed to solve the problem that was sitting in front of him. “What I had was an outline of a country with little dots on it for the targets I was supposed to hit. That’s what they still use,” he told Defense One.

iSpatial is a well-made software product but is not actually that innovative, technologically. The front end is Javascript. The database querying is straight-forward and seamless thanks to the Python’s Natural Language Toolkit. Any group of qualified software engineers could create something similar to iSpatial. The company’s strategic advantage is its connections. Thanks to its partnership with Google, it gets access to Google Maps development releases as long as a year before public release, a big advantage as the company begins to design new versions and spin offs for smart phones.

It also has deep military roots, with 30,000 Defense Department users, including many in U.S. Special Forces. And it has users across several intelligence agencies. Those bonds will allow the the integration of more data feeds, real-time, real-world, information coming directly out of battlefield sensors. That could include intelligence from networks Twitter, which is proving to be increasingly important in conflict against social-media addicted adversaries like the Islamic State.

Future machine-taught analytical algorithms, which can relieve the burden on human intelligence staff, could become part of the program. “It will be analytics pushed to people in the form of alerts. So rather than 50 hours of imagery, the system will give them five pieces of information, a heat map where they can see there’s a high threat there,” Clark said.

Universality of operation is key to iSpatial’s value. It can run in 56 languages and is International Traffic in Arms Regulations (ITAR) compliant so users can share their maps with virtually anyone outside of, say, Iran or North Korea. And because it’s Google Maps-based, the person you are sharing it with has at least some chance of knowing how to use it, as opposed to some customized in-house solution familiar only to the contractor that built it. “A billion users hit Google maps every month…there’s a high probability that whatever soldier touches iSpatial will have an understanding of the canvas behind it,” Clark said.

[DOD personnel] aren’t ready to accept the technology we can bring to them at this point.
Stuart Bradin, former U.S. Army colonel

Despite the fact that iSpatial works with virtually any encryption package, can operate either divorced from the cloud or on the cloud, depending on user specification, Clark says too many officers are still using dots on paper to do the work he was doing.

“My friends down at Langley Air Force base still use Theater Battle Management Core System (TBMCS). I showed them this, and they were like ‘how do I get this?’ A lot of these newer things have been applied to the ground mission and special ops mission because of Iraq and Afghanistan,” he said.

The Defense Department has some “cultural issues around cloud,” says Clark. “They aren’t ready to accept the technology we can bring to them at this point.”

In the end, the story of how to get very simple information from one point to another is larger than a single company or product. It’s an issue that speaks directly to the way Americans will engage in combat in the coming years. We may send highly elite fighting units to work as consultants, but we will not put hundreds of thousands of young men and women on planes and dump them in country without a very good reason. If the Iraq war accomplished anything, it exhausted America’s enthusiasm for large-scale, go-it-alone military engagements.

The conflicts of tomorrow will be fought alongside cobbled together coalitions. That’s obvious on a national level, but it’s also true in the field where men like Bradin have to convince local fighters and security forces to join him in the effort to affect U.S. policy objectives. That becomes easier the more information they can share. 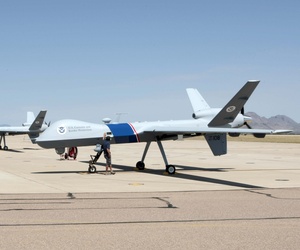 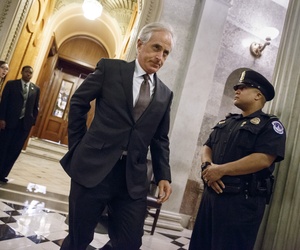 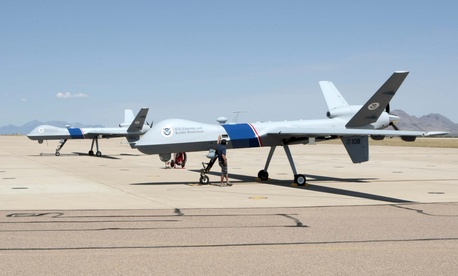 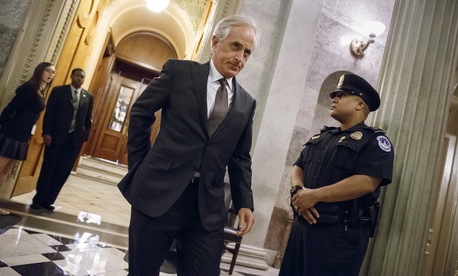