Residents are evacuated in Saint Denis, near Paris, Wednesday, Nov. 18, 2015. A woman wearing an explosive suicide vest blew herself up Wednesday.

The U.S. military is working to refine and improve a multi-sensor device that could one day deploy to detect suicide vests.

As Parisian police moved in to apprehend people suspected of launching last week’s terror attacks, a suspect detonated a suicide-bomb vest. The recent appearance of such weapons in Western cities has alarmed many in law enforcement. One positive outcome of the military’s extensive experience with such devices is a new system that can help guards detect a bomb vest from up to 100 meters away.

The new experimental set of sensors is dubbed the Standoff Suicide Bomber Detection System, or SSBDS, Developed by the Joint Improvised-Threat Defeat Agency, or JIDA, it’s already seen action; in 2012, the Defense Department took an early version to Afghanistan.

The SSBDS is not a single magic lens, but an ensemble of sensors that measure radiation at the midwave and longwave infrared as well as the terahertz wavelengths. There’s also a visible-light camera. Terahertz radiation may sound like something to avoid — but because it uses low energy and isn’t ionizing, it’s less dangerous to human tissue than are x-rays. It’s been used as part of security applications since 2004.

On Tuesday, JIDA officials demonstrated the system to reporters at Virginia’s Fort Belvoir. When directed at a person, the SSBDS offers three views: a grainy black and white, which is the infrared; a bright orange glow, which is the terahertz; and a regular picture from the camera.

The presence of a suicide belt won’t set off alarms but a trained—or simply attentive—eye can use the multiple sensors to see dark shapes or spots — areas of negative space that indicate an abnormality, which should prompt a closer investigation. In essence, you’re looking not for explosives but for holes in the picture where there should be solid white or orange.

“It’s a perfect system for dual use with Department of Homeland Security. Just think of Paris,” one JIDA scientist said.

The SSBDS is not a small system. Each bank of sensors stands at perhaps three feet tall, and a handheld version would be practically impossible. “You’re limited by physics,” said another one of the Defense Department scientists on the team. But it could be incorporated into the architecture of a train station, football stadium, or concert venue.

In JIDA’s demonstration, which was modeled on a real-world testing scenario, a base in Afghanistan, a subject, dressed in a thawb, or white dressing gown, stood in a booth. The booth shielded him from sunlight, which can interfere with the terahertz sensor — which points out just one of the difficulties in turning the SSBDS into a useful, deployable system.

The next step for SSBDS, if its requested research-and-development money comes through, is the integration of a new, cutting-edge sensor for hyperspectral imaging. Take a thermal image of the sort you would see with a heat camera and then slice it up into different wavelengths, allowing operators to identify not just dark spots but also, potentially, the presence of explosives. That would cut down on false positives and increase the range of the device.

“We can take different materials, such as your jacket, my jacket, her shirt. Although they’re very similar in material makeup they actually have their own unique signatures, so every piece of material has its own signature, just like a fingerprint,” said a third scientist.

The cost of a production system could run past a million dollars, but those numbers could come down as manufacturing comes up since all of the sensor are commercial-off-the-shelf.

SSBDS wasn’t intended for use in a civilian setting or a Western city but to protect troops on forward operating bases. But the need for systems like it has evolved tremendously … and rapidly.

On Friday evening, just 15 minutes into a soccer match between France and Germany, a man wearing a vest laced with explosives approached one of the entrances to the Stade de France, a stadium filled with 80,000 spectators including French President François Hollande. When guards frisked him, he backed away and detonated the vest.

New York City Police Commissioner William Bratton seized on this as an ominous sign of the future: “All of them, were equipped with these suicide vests, which are a great concern if you’re asking your officers to rush in, which is the tactic here in America now, [when] responding to the active shooter scenario,” he said on the popular Morning Joe new program.

No sensor system can replace the judgment of an intelligent and observant human being, a being, hopefully, armed with the best equipment. The events last week and this week in Paris are testament to that. 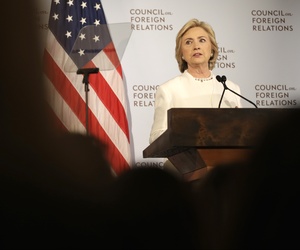 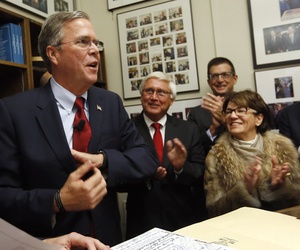 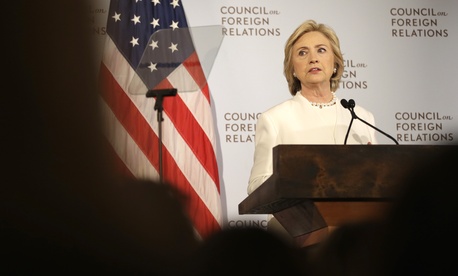 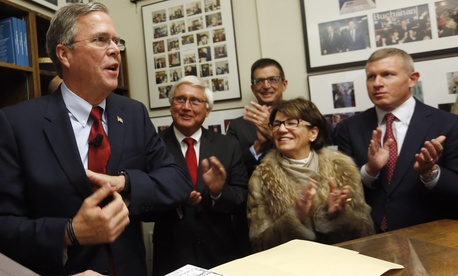